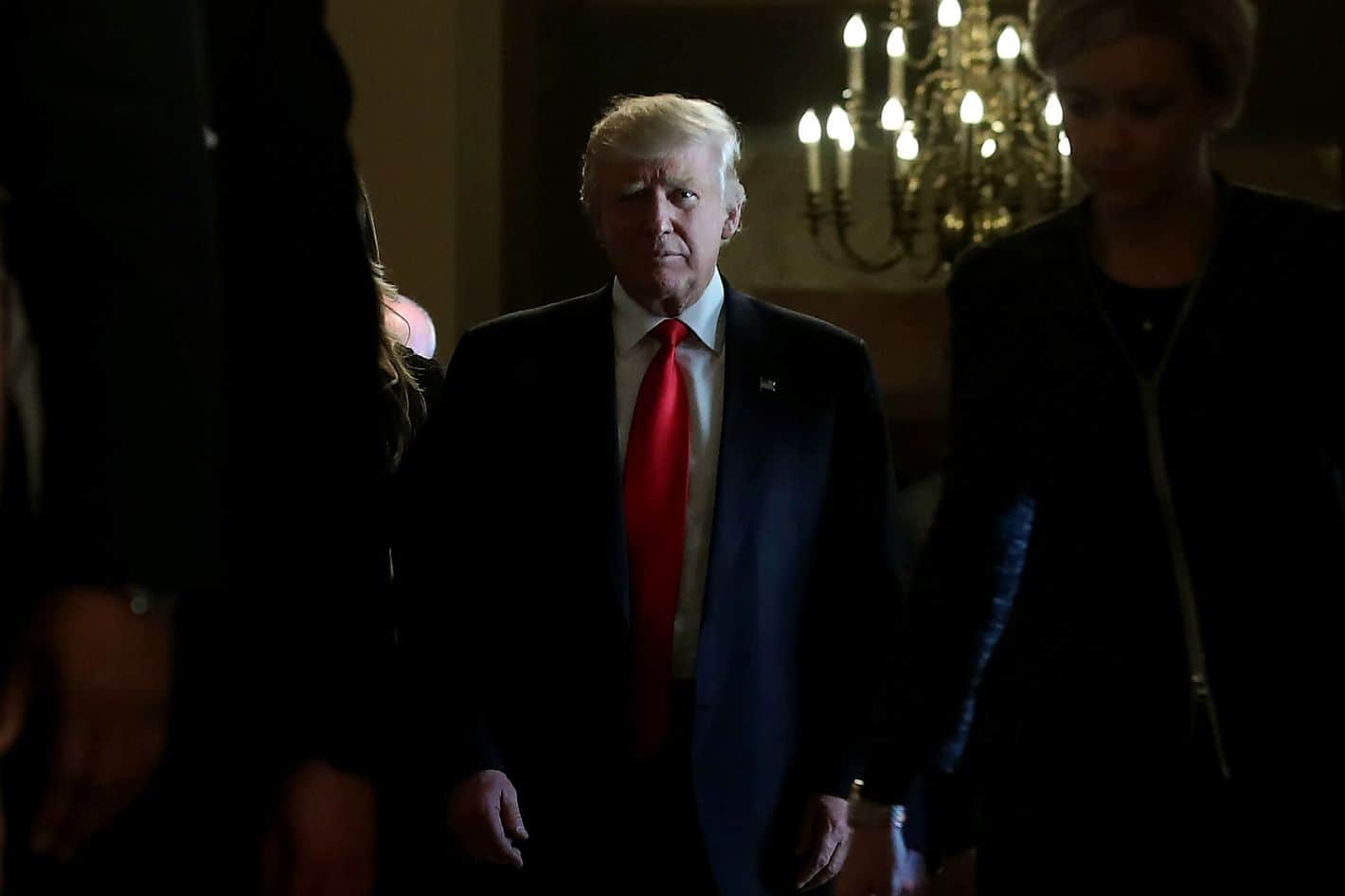 From the start of his campaign Donald Trump has attempted to fool people into thinking he has inspired a vigorous political debate. The truth is that he hasn’t had single original thought in fifteen months. That hasn’t stopped him from claiming that no one talked about immigration until he came along. Or that he was the first person ever to condemn terrorism. Likewise, he thinks his exploitation of veterans launched the nation’s concern for them. He even stole the Birther issue which he used to launch his candidacy.

Trump did it first?

Today he took credit for something else for which he was an obvious latecomer. In a tweet meant to criticize Hillary Clinton, Trump whined:

“Do people notice Hillary is copying my airplane rallies – she puts the plane behind her like I have been doing from the beginning.”

Wow, that Hillary Clinton is a real jerk. How dare she steal that brilliant idea that The Donald conceived with his own tremendous brain. Can’t she come up with ideas of her own? And while we’re at it, let’s condemn these slime buckets who traveled through time to swipe Trump’s strategic breakthrough.

Beginning with this guy:

@realDonaldTrump What about this guy (#Obama), you narcissistic ignoramus.

And then there was Mitt Romney:

.@realDonaldTrump And look, Mitt Romney traveled through time and copied your idea. That weasel!

.@realDonaldTrump OH MY GOD! McCain did it too!! SUE THEM BOTH IMMEDIATELY!!!

The Great Communicator himself, Ronald Reagan:

And I’ll throw in a Naked Gun reference just for fun:

Trump: I have a very good brain

Donald Trump’s narcissism is totally off the scale. He’s the guy who comes late to the New Year’s Eve celebration in Times Square and takes credit for the ball dropping. His perverse obsession with himself has led him to declare that “My primary consultant is myself.” In the White House he would surely continue this blatant conceit, which could have disastrous consequences. In the best case scenario it would just make America the laughingstock of the world.