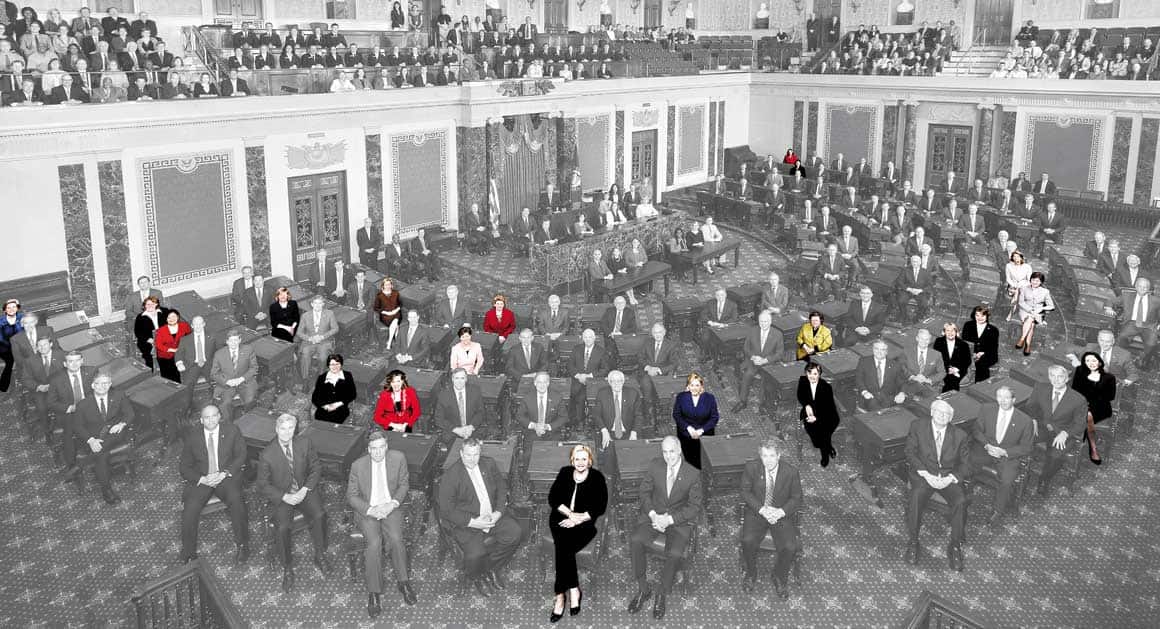 Male Senators Barred Their Female Colleagues From The Senate Pool Until 2008?!?

The U.S. Senate has long been viewed as a good ol’ boys’ club, and the male senators have fought to keep it that way. Perhaps the last bastion of that effort was the Senate pool.

No woman was allowed to swim in the Senate pool until 2008. It was an unwritten rule that apparently didn’t get challenged until a little over six years ago when Kay Hagan of North Carolina was elected to the Senate. She simply wanted to be able to swim in a pool that theoretically existed for all 100 senators.

The problem was that the male senators liked to swim naked together, so they didn’t let women in. You read that right. The men of the US SEnate were attached to group, male-only skinny dipping.

Seriously? 2008! Female U.S. Senators had to fight to get in males-only pool b/c male senators liked to swim nude? https://t.co/JiPE08LrJq

Sen. Hagan exposed their sweet set-up by speaking at an abortion rights women’s luncheon in January, 2009. She said:

“Imagine my surprise when I tried to use the Senate members’ gym recently and found out that there is a pool, but — guess what — it’s only for the men.”

A spokeswoman for the pool, Eva Malecki, then had to scramble to clean up the public perception. Within days of Hagan’s speech, she declared that it was all a misunderstanding:

“The Senate gym is a co-ed facility for senators. There are no rules prohibiting women senators from using the pool… Apparently, Senator Hagan was given some misinformation by one of the gym attendants. The practice of the gym is that the pool is only used by the male senators, but that’s not the policy.”

But some of those male senators were so attached to swimming together with their winkies dangling in full view that they still fought the change. According to the story as told in Politico, it took the intervention of the chair of the Senate Rules Committee, Chuck Schumer, to put an end to their ‘practice’ of male privilege.

Since the Politico article came out, speculation has run rampant about just who liked to swim naked. So far, one name has emerged over and over.

Gawker has invited readers to spill information they might have.

Which Male Senators Liked to Swim Naked in the Senate Pool? – Gawker https://t.co/t3yjljLMYU

But what stands out most in this story is not which egotistical male senators were prancing about and preening in the water. It’s the fact that the Senate is still a good old boys’ club – even if the good old boys can no longer swim naked. The Politico article goes further in exposing the countless other ways in which sexism continues in the chamber.

Simple figures tell the story most clearly — and I don’t mean those naked male figures. As Mediaite  noted in its coverage, in the 228 year history of Congress, only 44 women have served as Senators, compared to 1,906 males. Twenty of those women are serving now.

#tytlive okay, so next 2000 Senators elected should be women, balance it out a but

There are more ways than skinny-dipping for the men to wag their weenies. In 2015, the story the numbers tell is sad. Just sad.