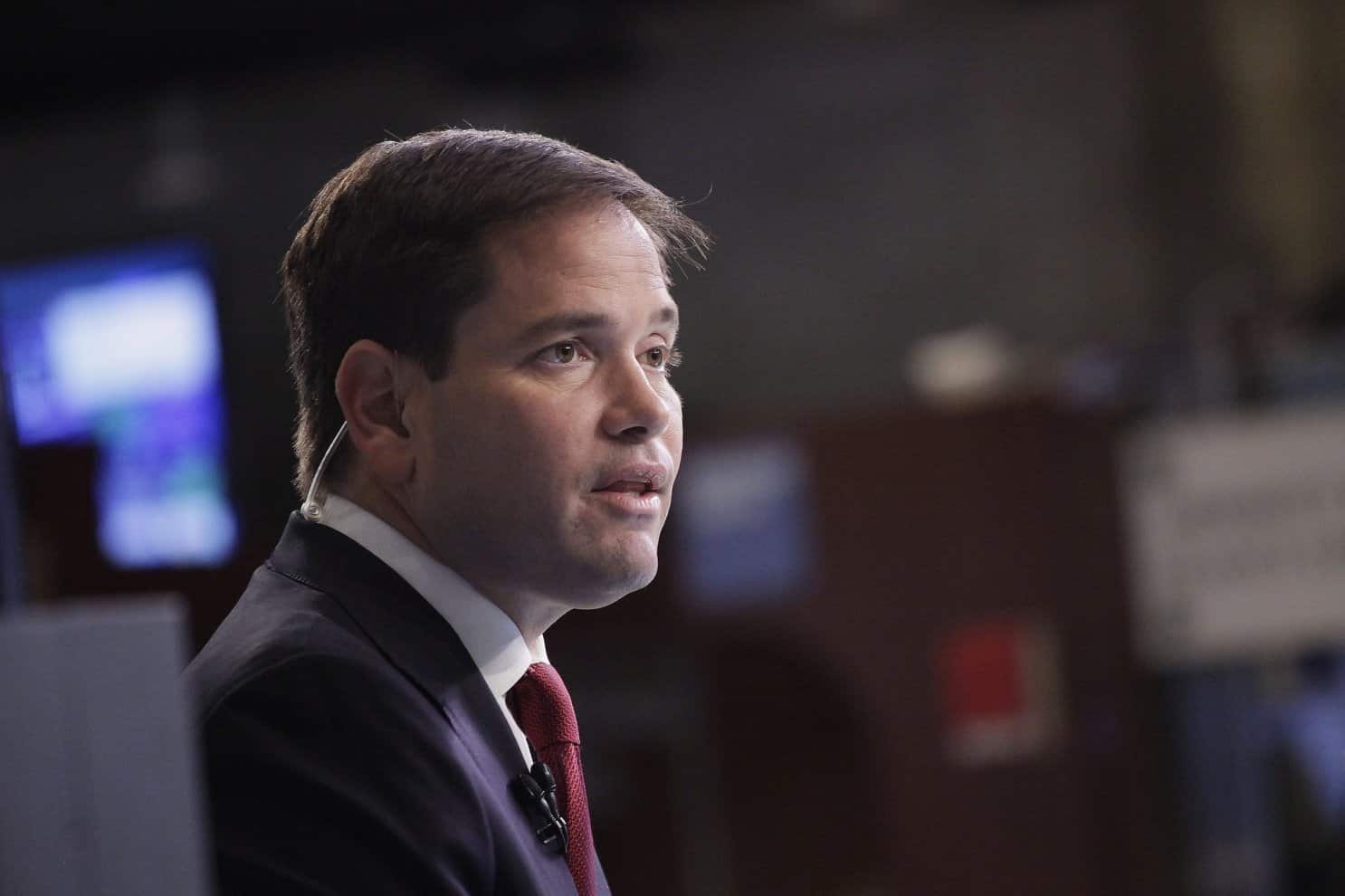 Marco Rubio recently secured the endorsement of hedge fund billionaire, Paul Singer. This is a big deal, because, with Jeb’s implosion, Rubio is the last establishment candidate still showing a pulse in the polls. The GOP’s most major donors had been sitting on the fence. The Koch brothers even watched as their golden boy, Scott Walker’s unwieldy crony campaign, swiftly sank beneath the weight of Donald Trump. Now, Singer is the first to make a move, and he has the clout to convince other big donors to follow his lead.

Singer came out of nowhere, since the 2010 Citizens United ruling that legalized campaign money laundering, to gain a tremendous influence on Republican campaigns. He joins the Koch brothers, Sheldon Adelson and Karl Rove’s Crossroads groups as a major force in deciding who gets the money to succeed in the primaries, and throw advertising haymakers in the general. In 2014, Singer was the single largest donor to a group of conservative candidates who tried to torpedo President Obama’s negotiation with Iran.

But Singer’s endorsement of Rubio may not just be a result of Rubio being the most viable establishment candidate. Rubio has used his position in the Senate to champion Singer’s extremely cynical agenda.

Singer is the founder and CEO of the Wall Street hedge fund, Elliott Management. He is worth over $2 billion and is one of the top 400 richest people on earth. Through Elliott Management, he has become one of the most ruthless vulture capitalists on Wall Street. In an article about Singer’s extraordinary influence on the 2014 Republican candidates, I wrote that Singer:

“…is essentially an international repo man. As a ‘vulture capitalist,’ his main gimmick is to buy up distressed debt from tanking companies, such as Enron, and poor countries, at deep discount, then force them to pay him back at astronomical interest. He stops at nothing to pursue defaulting countries’ assets all over the planet. He once created an international incident by contriving to have an Argentinian naval warship along with 220 crew members, detained in Ghana as collateral on a debt that Argentina was late on repaying him. Singer paid for advertising which absurdly implied that Argentina was being taken over by Iran and referred to Iran as “the devil.” Singer relies on the courts to twist arms for him. And he has been seen at fundraisers with Supreme Court Justices Samuel Alito and Clarence Thomas.”

Argentina has been Singer’s primary target for years. He is hellbent on punishing the entire country to force the government to pay him back. When Argentina declared bankruptcy, most of its creditors forgave its debts up to 65 percent. Singer refused to offer any relief. This led to the incident over the Argentine warship. Argentina successfully argued in international court that the law of the sea prevented Singer from impounding their ship. But Singer has not given up trying to force Argentina to pay him.

The United Nations has argued that Singer’s strategy against Argentina could violate human rights. Singer is seeking to have international aid allocated to help Argentina with development, poverty alleviation and basic social services such as health and education, should instead be diverted directly to Elliott Management’s coffers and into Singer’s pocket.

Argentine President Cristina Fernandez de Kirchner told the UN that Singer is engaging in “financial terrorism,” seeking to cause the financial collapse of her country.

Singer is trying to impoverish an entire nation, ruining the lives of millions of people, to increase his own personal and business profits.  According to a new report by International Business Times, Rubio is eagerly helping Singer accomplish that. Rubio has been using his position on the Senate Foreign Relations Committee to attack Argentina viciously and has been working in tandem with a lobbying group called American Task Force Argentina, which is funded by Singer. IBT reports:

“In Rubio’s first year in the Senate, he offered an amendment to a bill to direct American officials at international financial institutions like the World Bank to deny development loans to Argentina until that country’s government ‘makes substantial progress’ in repaying creditors like Elliott Management. The American Task Force Argentina publicly touted the amendment. The legislation came only a year after employees of Singer’s firm had collectively been a top contributor to Rubio’s 2010 senate campaign.

“According to a laudatory 2012 press release from the American Task Force Argentina, Rubio co-authored a letter that year pressing the U.S. Treasury department to oppose a restructuring of Argentina’s debts until it pays back its private creditors.

“In February 2014 during the confirmation hearing for the U.S. ambassador to Argentina, Rubio questioned the country’s status as an ally of the United States on the basis that it ‘doesn’t pay bondholders.” He called Argentina ‘the most peculiar ally in the world, because it doesn’t pay its debts and doesn’t cooperate militarily.’ Federal records show Elliott Management lobbied Congress on the ambassador’s nomination.

“According to the American Task Force Argentina, Rubio sent a letter in July 2014 to Treasury Secretary Jack Lew requesting he ‘counsel Argentina to honor its outstanding legal and financial obligations to its U.S. and international private creditors.’ ”

This is the kind of mindless brutality that is required to slip into a billionaire’s pocket and gain the hundreds of millions of dollars necessary to run a successful national campaign, since Citizens United. Rubio knows that he can help this maniacally greedy billionaire gain more profit by offering himself up as a henchman in his vendetta against a developing country. This shows his utility to the oligarchy.

Marco Rubio is becoming the favorite of the establishment Republican donors, not because he would be good for the country. He would be an easily corruptible hatchet man. He would fling America’s diplomatic interests right out the window. Instead, he would help the billionaires and owners of conglomerates to increase their profits regardless of any human cost. And when blood runs in the streets of some impoverished country, Rubio won’t bat an eye, because he’ll have the softest seat in the world, right on Wall Street’s lap.