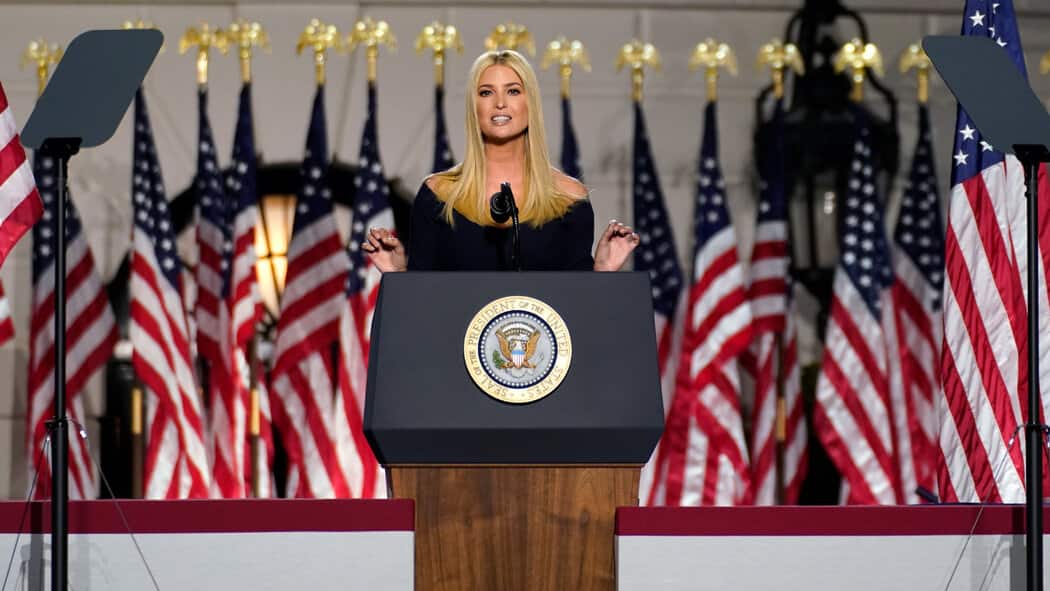 One of the nation’s largest veterans’ organizations accused President Donald Trump of using America’s veterans as a “political football” in the president’s latest attempt to transform Congress into his office staff.

Donald Trump Is Using Veterans As A Prop

The president today attacked Senate Majority Leader Mitch McConnell and House Speaker Paul Ryan for the “mess” on the federal debt ceiling, and claimed that they rejected his suggestion that legislation on the debt ceiling ought to be attached to an otherwise unspecified “popular V.A. bill (which just passed).”

In a pair of Tweets, the president stated, “I requested that Mitch M & Paul R tie the Debt Ceiling legislation into the popular V.A. Bill (which just passed) for easy approval. They… …didn’t do it so now we have a big deal with Dems holding them up (as usual) on Debt Ceiling approval. Could have been so easy-now a mess!”

I requested that Mitch M & Paul R tie the Debt Ceiling legislation into the popular V.A. Bill (which just passed) for easy approval. They…

…didn’t do it so now we have a big deal with Dems holding them up (as usual) on Debt Ceiling approval. Could have been so easy-now a mess!

The president’s scheme is not as helpful as he thinks it is because it is not legal: Congress can not attach a bill that has not yet been voted on to an unrelated bill that has already been approved in order to force the new bill into law. Were that to become our legislative standard, much mischief would follow. Trump’s suggestion may be an example of “outside-the-box” legislative thinking, but that is only because the box does not exist.

Further, although he did not specify which V.A. bill is the “popular V.A. bill (which already passed),” the president had almost nothing to do with any recent legislation that concerns the V.A. or veterans in general. His Tweet this morning served to attach himself and his own reputation to a bill that had already been passed as if he had been involved with its creation. It is almost as if in his previous career the president sold his name to be placed on products that were created and built by others.

Many politicians include a variation of the statement, “We must do more for our veterans,” in their campaign speeches, and few specify what that “more” might constitute. It is a guaranteed applause line because veterans are popular, and the president has offered his own variations to much applause in his appearances.

Not much of that “more” has appeared in the president’s seven months in office. The one V.A. bill that he signed into law, the Department of Veterans Affairs Accountability and Whistleblower Protection Act, was signed in June. The president mentioned it once in a Tweet in which he encouraged the House to approve it after the Senate had approved it. The Senate’s vote had been unanimous, and the House approval was also bipartisan: 368-55. The president’s opinion was not relevant. He expended no political capital to win its passage.

He signed the bill with an Oval Office event, complete with leather bill-holder, as the bill—variations of which had been considered and rejected on a bipartisan basis for years—fulfilled the president’s campaign pledge to do more for veterans.

‘Same As It Ever Was’

VoteVets.org, a group that represents 500,000 “troops, veterans, military families, and their supporters,” knows the vast history of legislative and executive inaction as it concerns troops, veterans, and their families. Within an hour of the president’s bashing of McConnell and Ryan, the group Tweeted: “https://reverbpress.com/politics/massive-veterans-group-destroys-trump-for-using-them-as-props-in-healthcare-battle/[email protected] taking to twitter to claim he tried to use us veterans as a political football. Same as it ever was.”

“Same as it ever was” is a rueful and disappointed phrase—and it is a particularly pointed one since this president campaigned as a change agent who would not treat any issue, including veterans affairs, in the same way as other politicians have.

Now he has treated America’s veterans as a tool to win popularity for a bill that needs support but has nothing to do with veterans issues. That represents a change from other political leaders but it is simply a new way to treat the veterans as a useful prop, as a way to steal their brand. That is not new.

The only thing that has separated this president from others before him is the evidence he offers each day that he does not know how to transform his pledges into legislation that can pass the House and Senate.