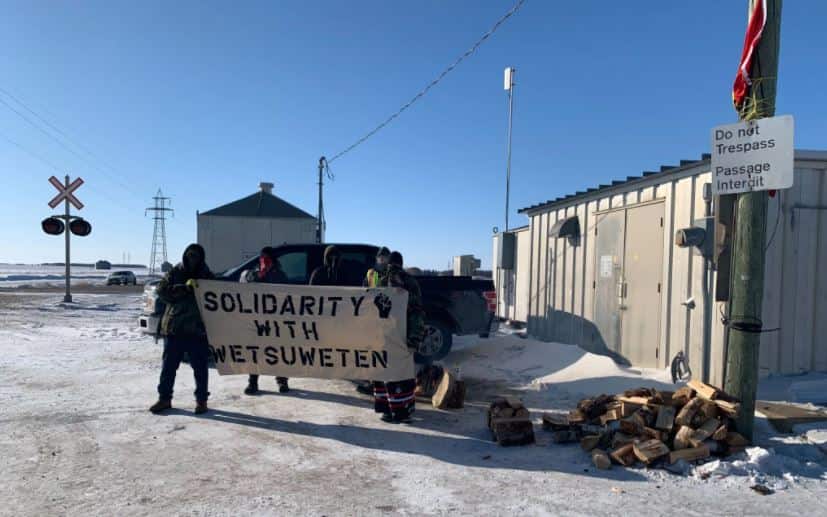 In a stunning action that was long overdue, a group of native Navajo Americans chased Senator John McCain out of the Navajo Nation capitol of Window Rock — making it perfectly clear he was unwelcome in the first place.

McCain was visiting the Nation in commemoration of Navajo Code Talker’s day, and perhaps for a moment thought he would get by listening to polite pleas from Navajo Nation President Russell Begaye and Vice-President Jonathan Nez to back a Congressional appropriation to fund the construction of a Navajo Code Talkers Museum. According to a report from Native News Online.Net, however, the Nation’s leaders chose the moment to focus on the EPA tragedy unfolding via the Gold King Mine spill into the Animas and San Juan Rivers.

Vice President Nez said the Navajo people naturally have a distrust of the government and noted the agency never formally apologized to the Navajo Nation for contaminating the tribal water source known as the “lifeline of the Navajo people.”

Then came the kicker:

“This is just one mine out of hundreds and there’s no Superfund designation,” Vice President Nez said. “Right now, we don’t trust the U.S. EPA’s data and their collection.

Rather than responding at the formal event, McCain and the Navajo Nation leadership, both Executive and Legislative branches, as reported by Dusty’s Navajo Political Sphere, attempted to sneak off to the Navajo Nation Museum for a “secret meeting“:

“About 60 protesters and or more ran John McCain out of Window Rock today. Code Talker day was celebrated today and in attendance were McCain, NN Executive Branch and NN Legislative Branch. The whole group left to attend a secret meeting with John McCain at the NN Museum. The group was met with protesters who made it clear that giving our water rights away will not happen under our watch. The meeting, I am told, did not happen. Delegates, McCain and others went out the side door.

“There were about 50 NN Police, as well as County Police. Protesters took off in cars and followed McCain to the airport. The bridge to the airport was closed off.

“Bye John McCain! There are a lot of things on the Navajo Nation that our groups large and small are going to tackle. We cannot trust our Government, so we will make things right, ourselves.”

The Navajo mistrust of “Government,” especially McCain, is appropriate. Despite coming out recently in support of preventing a July “disposal” round-up of wild mustangs from the Tonto National Forest, (perhaps due to the loud chorus of outrage which emanated from horse-lovers), McCain demonstrated his truly greedy and inconsiderate nature when it came to native concerns by introducing an 11th hour amendment to the National Defense Authorization Act ceding sacred Apache land, Oak Flat, to a foreign mining corporation.

When the senator saw the protest sign, he ordered Mr. Tsinigine to “Get out of here, now!” The irony is blissful when viewed in retrospect, for McCain was met at the museum by a vocal crowd of outraged Navajos who weren’t about to let him quietly convene another closed-door meeting to bargain with the rights of their people. Protesters gained access to the museum and, though they were immediately subdued by police, by all appearances prevented McCain’s meeting from happening. Watch him run from the truth in this terrific video captured at the scene: