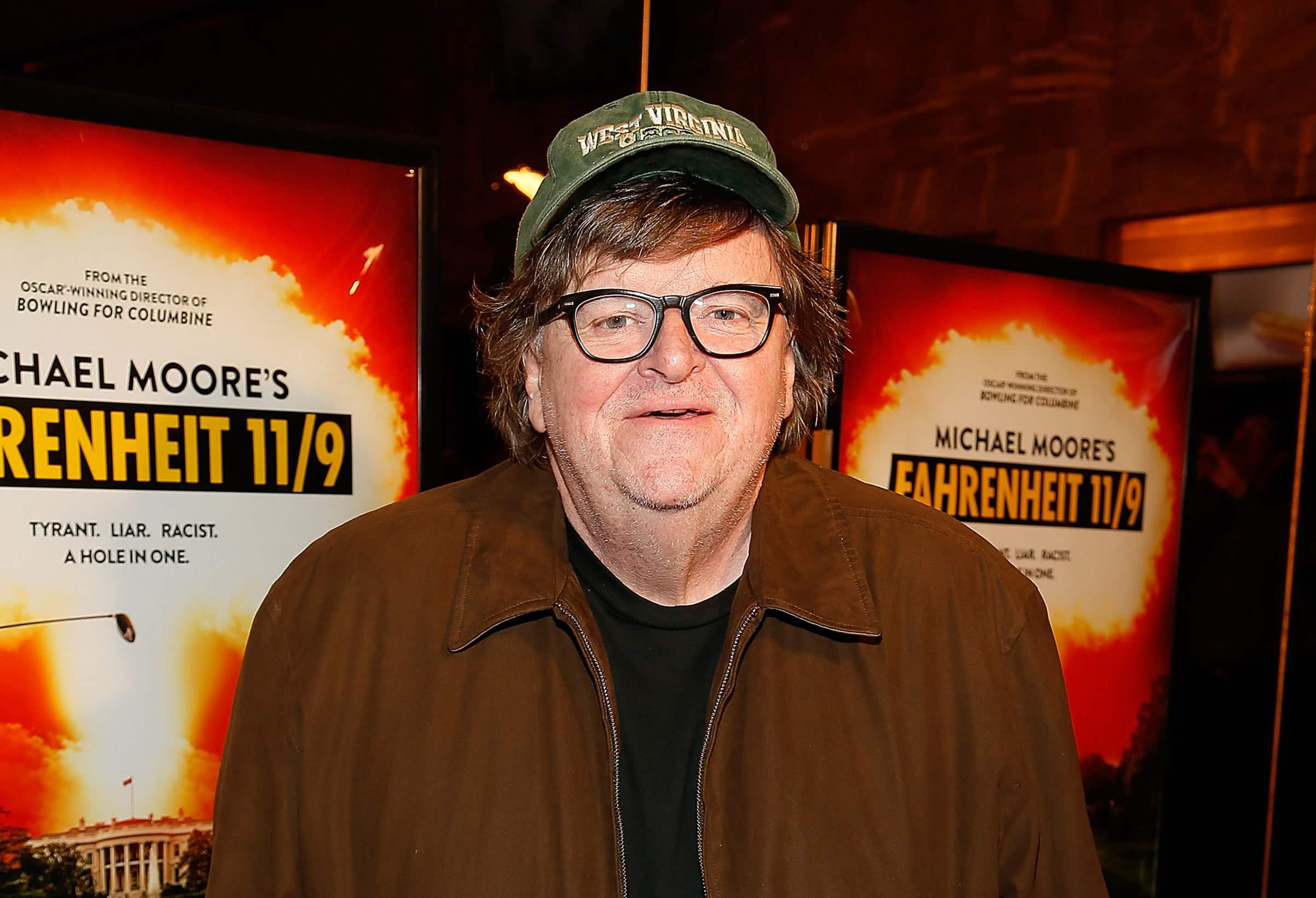 Progressive filmmaker Michael Moore formally endorsed presidential candidate Bernie Sanders in a series of tweets and a post on his website Sunday night.

The Palme d’Or winner and director of “Roger and Me,” “Bowling for Columbine” and “Fahrenheit 9/11” endorsed Barack Obama in 2008 but says he cannot support Obama’s former Secretary of State in her run for The White House:

“There are many good things about Hillary [Clinton]. But it’s clear she’s to the right of Obama and will move us backwards, not forward. This would be sad. Very sad.”

Michael Moore criticized Clinton for her support of the Iraq War, the Patriot Act and NAFTA, as well as her past opposition to gay marriage and her statements that NSA whistleblower Edward Snowden should be prosecuted.

HC was FOR the war in Iraq, AGAINST gay marriage, FOR the Patriot Act, FOR NAFTA, and wants 2 put EdSnowden in prison. THAT’S a lot 2 handle

The Michael Moore Endorsement Is Both Pragmatic And Idealistic.

Moore argued that Sanders has a better chance of winning the general election, but also stated that voting one’s conscience should be the priority in choosing a candidate.

They want 2 scare you into thinking we’ll lose w/ Sanders. The facts, the polls scream just the opposite: We have a BETTER chance w/ Bernie! — Michael Moore (@MMFlint) January 31, 2016

Whoever the Democrat is on the ballot come November will win. Don’t vote by fear. Vote for who u think best represents what u believe in.

In his website post announcing his endorsement, Moore criticizes Clinton’s recent attacks on Sanders’ proposals for free public education and single-payer healthcare, a bedrock of the Democratic platform for decades and an issue that Clinton previously supported herself:

“Hillary says Bernie’s plans just aren’t “realistic” or “pragmatic.” This week she said “single payer health care will NEVER, EVER, happen.” Never? Ever? Wow. Why not just give up?”

“Hillary also says it’s not practical to offer free college for everyone. You can’t get more practical than the Germans – and they’re able to do it. As do many other countries.”

Many industrialized and developing countries have found ways to implement single-payer or universal health care plans. Suggesting that it could never happen in the United States seems defeatist at best.

The United States Has A History Of ACHIEVING “Impossible” Goals.

As Moore points out, the United States has already accomplished amazing achievements critics once deemed impossible.

And Michael Moore Has A History Of Endorsing Bernie Sanders.

This is not the first time Moore has endorsed Sanders for public office:

“I first endorsed Bernie Sanders for public office in 1990 when he, as mayor of Burlington, VT, asked me to come up there and hold a rally for him in his run to become Vermont’s congressman. I guess not many were willing to go stump for an avowed democratic socialist at the time. Probably someone is his hippie-filled campaign office said, ‘I’ll bet Michael Moore will do it!’ They were right. I trucked up into the middle of nowhere and did my best to explain why we needed Bernie Sanders in the U.S. Congress. He won, I’ve been a supporter of his ever since, and he’s never given me reason to not continue that support.”

Moore concluded his endorsement with a simple call to action to vote for and support Sanders:

“I honestly thought I’d never see the day come where I would write to you and get to say these words: ‘Please vote for Senator Bernie Sanders to be our next President of the United States of America.’ “I wouldn’t ask this of you if I didn’t think we really, truly needed him. And we do. More than we probably know.”

As the time this story was published, Moore’s tweet officially announcing his endorsement had nearly 6,000 retweets.