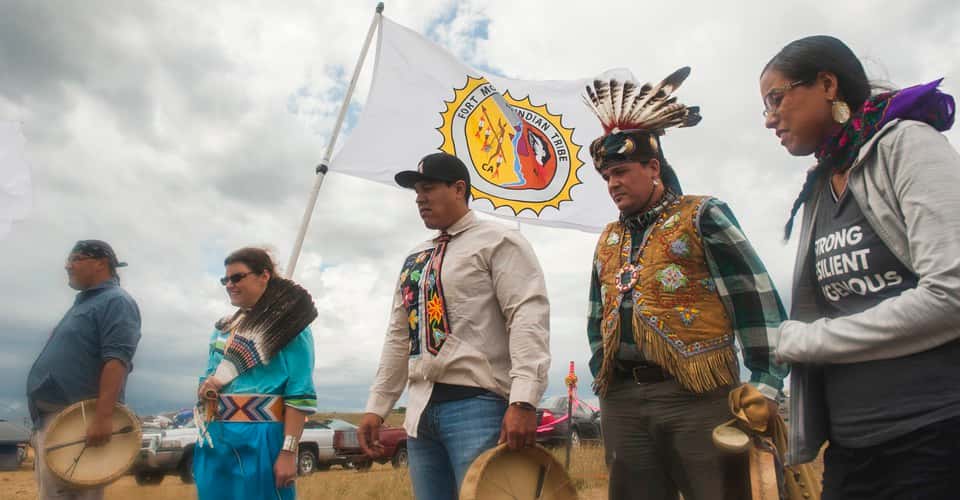 The Standing Rock Sioux Tribe of North Dakota refers to the Dakota Access Pipeline it is protesting as the “black snake.” Incidentally, “black snake” is also the colloquial name for a Southeastern type of venomous and potentially lethal pit viper that is often mistaken for a harmless watersnake. Like the viper, the Dakota Access or Bakken pipeline has disguised itself as a harmless means of transporting fuel, but in reality it is coursing with poison and packs a bite. It is a monstrosity of corporate influence peddling. Beyond the existential threat it poses to the Standing Rock Sioux, it threatens the environment and democracy generally.

Dakota Access LLC, the company that owns the pipeline, is a wholly owned subsidiary of the Texas company, Energy Transfer Partners (ETP). Kelcy Warren is the founder, chairman and CEO of ETP. Warren is listed by Forbes as one of the top 400 richest Americans, worth over $4 billion. In 2015, Bloomberg published an exposé on Warren, describing how he was “having fun in the oil bust.” Buried deep beneath descriptions of his lavish lifestyle and supposed brilliance for being positioned to corner the market on transporting fuel from horizontal drilling and hydraulic fracturing (fracking) when oil prices crashed, was this tidbit about his business model,

That gives MLPs a lower cost of capital for acquisitions and construction projects. But they have to crank out those cash payments to keep unitholders happy, which means they must keep acquiring new properties or expanding existing ones. “You must grow until you die,” Warren says. He touched on the topic during Energy Transfer’s quarterly earnings conference call earlier this month. He said he was “a little frustrated right now” because he had expected that cheap oil and narrow natural gas processing margins would have created more takeover bargains.

A separate Bloomberg analysis describes MLPs as the hot new thing in large scale investment. Compared to standard publicly traded companies, MLP investors get a much higher return on investment. But, as Warren admitted, the business model requires the company to continue growing. This is risky, and inherently problematic in the energy industry. As Bloomberg warns, these types of investments are new, and investors may be ignoring the long-term risks associated with them. This is especially true since fracking and natural gas production is the highest it has ever been, and steadily growing. But it can’t go on forever.

Thus, there are two separate threats to the public associated with a massive MLP that relies on fracking and large scale energy transportation such as ETP’s Dakota Access pipeline. The first threat is that the company must continually pump and pipe more and more gas and continually grow its business. This accelerates the threat that peak carbon production poses to the local environment and to the world’s climate. An MLP structure encourages the businesses that are causing global warming to produce faster.

The second threat is that the investors in ETP’s large-scale MLP have essentially created a financial bubble. Eventually, crude production will taper off. Either demand will decline as prices rise eventually, or they will run out of fuel to pump after it has all been burned into the atmosphere in a matter of decades.

So, who is investing in this black snake? Citibank is acting as the accountant for three companies in the ETP network that will fund the project, Democracy Now reported. Energy Transfer Partners, Sunoco Logistics, and Energy Transfer Equity have each launched a line of credit. Research by Little Sis revealed that 38 banks have invested in those credit lines in amounts ranging from $30 million to $589.5 million for a total of $10.25 billion. These banks include such Wall Street usual suspects as Bank of America, JP Morgan Chase, Goldman Sachs, Wells Fargo, and Citibank.

But the investors also include a wide array of foreign banks, responsible for roughly half of the overall investment. The two largest investors, each with over half a billion in the pot, are two of Japan’s biggest banks, Bank of Tokyo Mitsubishi UFJ and Mizuho Bank. Other big investments come from some of the biggest banks in Canada, France, Britain as well as Scotland, Holland, Switzerland, Germany, and Italy. The pattern that I notice is that these are central banks in countries that are stalwarts of the Western alliance, who also don’t produce much of their own oil.

This brings us to one of the fishiest aspects of this pipeline.

Hillary Clinton Responds To Reince Priebus: ‘I don’t take anything seriously that comes from the RNC’