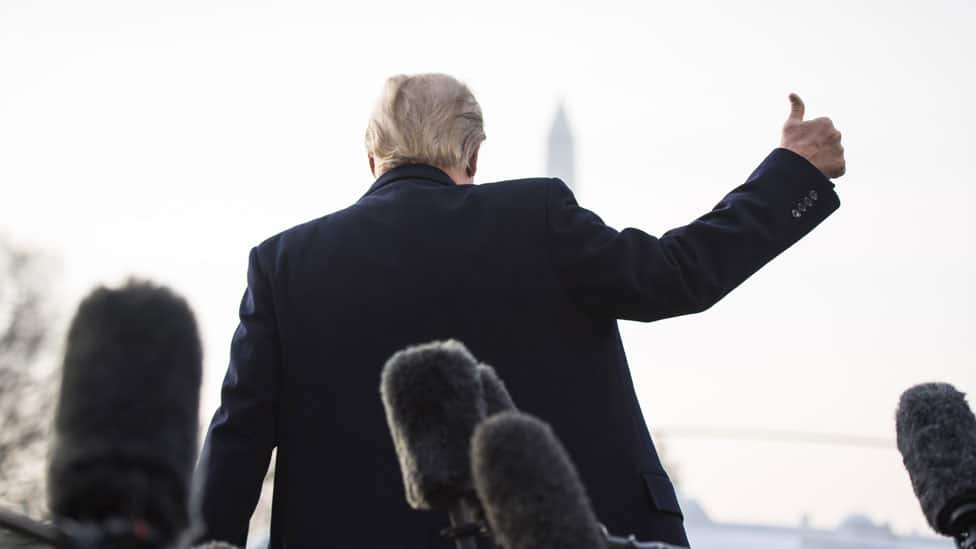 With the passing of Justice Antonin Scalia, there has begun a debate over how much power the President has over our national affairs. The Constitution is clear: The President and the President alone may appoint a Supreme Court justice, and needs only take” advice and consent” from the Senate. Motions from Mitch McConnell to put off this decision, or to actively block any candidates as some form of political maneuver, can and will backfire on the majority leader.

But the real question is, could a president actually prevent such an active attempt to suspend the basic functions of government? As it turns out, it would be fairly trivial for any president to neatly bypass such an obstruction.

Within Article II of the US Constitution, the President is given a series of powers, which are:

The concept of the Executive Order came from the last of these, and over time the permissible level in which these orders could operate have been expanded, to an extreme amount. Presidents such as Lincoln, Theodore Roosevelt, Woodrow Wilson, Franklin Roosevelt, Harry Truman, Richard Nixon and Ronald Reagan all pushed the limits of what these orders could do to an extreme. As discussed in Arthur Schlesinger’s “The Imperial Presidency,” Presidents use foreign issues to expand domestic power. While in ’73, he presumed that Congress would begin imposing checks in order to balance out the power, by the time he revised his book in 2004, it was clear that Congress had no interest in doing so, with the President now enjoying virtually unlimited power.

And history shows us that this expansion of power is all but guaranteed.

The publication of John Locke’s Second Treatise of Government in 1690 helped set the stage for the founding of the United States of America. Its influence upon our founding fathers helped shape and form the framework from which this nation sprung. Within his work, however, was a reminder that the President could hold substantial power, and exercise their own prerogative in using their powers, even if no rules for doing so should exist. Without this prerogative, so he wrote, the President would become impotent in carrying out its duties.

However by having such a prerogative, the President has, over time, greatly expanded the power they have held. From Franklin Roosevelt’s engagement against the German navy in 1940 to George W. Bush’s domestic surveillance program, Presidential power has only grown over the years. While some token attempts to constrain this have been passed, in reality much of this power has never been properly challenged.

The problem is that the president can act, and only be stopped in hindsight. Nixon was engaged in attacks on political opponents, even rigging the 1972 election without recourse. Only when his involvement with a break in at the Watergate Hotel was revealed did Congress make any movement to restrict the President. By that point, Nixon had engaged in several years of arbitrary actions, involved in everything from toppling governments to domestic espionage.

Consider a moment the NSA domestic spying scandal. This program was revealed by the New York Times back in 2005, and the result has been, silence. But Congress blocked the “Total Information Awareness” program back in 2003. Despite Congress officially killing the program, here’s the executive branch still doing it. And Congress appears to be powerless to stop them.

How Could A President Take Over?

A president who genuinely wished to reduce even this limited oversight can engage in tactics working within the framework of the Constitution but which stretch that interpretation to the limit. These kinds of tactics used to be unheard of, but in recent years partisans on both sides of the aisle have engaged in these kinds of hardball politics. Once a tactic has been used, it becomes ever easier to see its use. Witness the increasing use of signing statements to bypass newly passed laws, or the stark increase of the filibuster. Applying this tactic, we can create a scenario through which the President could manage to bypass Congress, and eliminate the limited oversight they do have.

And the President could then use this power to dismiss Congress indefinitely. By calling only one house of Congress and then waiting for them to try and go on recess, without the other house of Congress in session, it would trip a seldom used provision of the Constitution. Per the Constitution, Article II, if the two houses do not agree to a recess together, the President has the right to dismiss both until such time as the President’s own choosing — clearly not what was intended by the drafters of our Constitution, but a legal theorist can make the case for it.

And, as such, Congress could not convene until the President allowed, or until they could move a motion to reconvene through the court system. With legal challenges, and maneuvers, such a motion could take years to work its way up to the Supreme Court. And all of this is going through a judiciary that the President is now free to pack with appointments of their own choosing, thanks to the Senate being in a recess the President engineered.

Could This Happen Here?

Historically, Presidential systems of government have been anything but stable. From Chile to Ecuador, when the powers of Head of State and Head of Government are invested in a single person, as we find in nations with a Presidential system of government, eventually such governments start having constitutional crisis, and once they start, things can rapidly fall apart. For example, Chile’s constitutional crisis began in May of 1973, and the government collapsed with the coup of September 11, 1973.

The Presidency of the United States and of Costa Rica have remained the sole exceptions to this rule to date. Costa Rica has managed to avoid it by the investment of power into a non-government oversight group, found in the Comptroller General, Procurator General, and Ombudsman. The United States did due to our founding with a Congress-first model, with the President having very restricted power. Over time this evolved into the political party duopoly which brought stability to the nation after the civil war. With the erosion of the two party system, and the embrace of winning at all cost over compromise, this oversight which maintained our nations stability while so many of our fellow presidential nations had their governments collapse, was eliminated.

Today, we find the power of the President now virtually unlimited, thanks to a Congress which is increasingly unable to perform even the most basic of tasks. Recall, we have a sitting member of the Supreme Court which has received millions of dollars from those who have argued before him. Yet, to this day, Clarence Thomas has not even been brought before Congress to answer for the clear bribery. As the only direct oversight of two branches of government is Congress, when Congress is in a deadlock, obstructing any check of power becomes relatively trivial.

And the President oversees elections as well. The president appoints the members of the Federal Elections Commission, based on political party alignment. This in turn produces what some call a regulatory capture system. And yet, so long as a preferred candidate comes out on top, people not only accept such election manipulation without complaint, they many times actively court such manipulation. Winning is everything in presidential politics, and a candidate who forms a strong cult of personality can easily make even the most egregious act palatable to the population.

How Do Other Nations Avoid This?

The main alternative to the presidential model is the parliamentary model. Found in nations as diverse as the United Kingdom and North Korea, Parliaments have a history of long term stability and a resistance to the pressures which doom most presidential systems. After all, the Presidential French Second Republic collapsed after only lasted 3 years, while the Parliamentarian French Third Republic lasted for 70 years, before Nazi Germany conquered the nation in 1940.

This division of power avoids the risk we find when authority is consolidated.

Where Is America Going?

With the American people having less confidence in Congress than any other government institution, a President who wished to abuse their authority, to take full command over the United States, would find themselves supported by the people themselves. By the time any dictatorship was firmly established, it would be too late. Congress would be reduced to a rubber stamp, if it exists at all.

Of course the hardball politics does not work only one way. A Congress could elect to not accept electors for the President, forcing them to select the President directly. Such a move would be paramount to political suicide, save elections are on a 2 year cycle. No retaliation for such action could be taken for two years, during which time systems could be put into place to eliminate the avenues for response.

Even if a grand, single move for power never happens, the incremental steps are already leading us in this direction. It is highly probable that Congress will within a few decades exist only to ratify the President’s decisions. It is expected that by 2050, we will be facing a popularly elected figure who can rule by fiat.

We must ask, at what point does the United States stop being a democracy, and instead become an elected dictatorship?