New US Poll: Vast Majority Want Money Out Of Politics 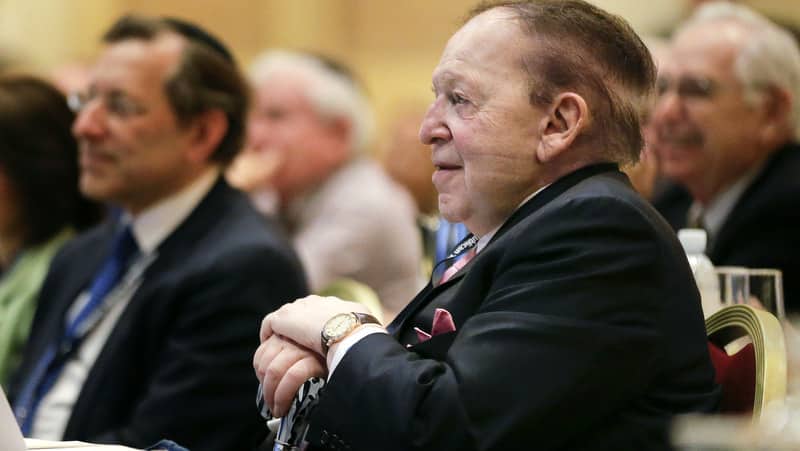 “a common danger unites even the bitterest of enemies” – Aristotle

There aren’t too many things Americans agree upon today. So many divisive issues have come to the fore — from climate change to equal rights — politicians and voters alike seem to constantly be at each other’s throats.

There is one issue, however, everyone can agree to hate: the 2010 Supreme Court ruling that allowed for unbridled political spending — Citizens United.

In a Bloomberg Politics national poll 78 percent of those responding said the Citizens United ruling should be overturned. Only 17 percent thought the ruling was a good decision.

David Strauss, a constitutional law professor who teaches at the University of Chicago, said:

“Wow. Wow. I’m stunned. What it suggests is that Citizens United has become a symbol for what people perceive to be a much larger problem, which is the undue influence of wealth in politics.”

In 2010, in a 5 to 4 ruling, the Court decided that corporations (which are people, by the way) have a First Amendment right to contribute boundless sums in support of political causes. (See Koch Brothers.) That decision, coupled with a lower court’s rejection of a ceiling on contributions to political groups, opened the way for the super-PACs that are expected to inject obscene amounts of money – hundreds of millions of dollars into the 2016 presidential race.

Republicans oppose Citizens United 80 percent to 18 percent in favor, according to the poll. Democrats oppose 83 percent to 13 percent, and independents, 71 percent to 22 percent. Among self-described liberals, conservatives, and moderates, 80 percent say the decision should be overturned. The bipartisan opposition on this issue of taking money out of politics is overwhelming.

“I would have assumed that by now there would have been a more partisan context to it.

“This one is not seen in partisan context, just with overwhelming disapproval. The reason, I think, is that most people don’t think that corporations and unions have First Amendment rights to engage in campaign activity.”The bipartisan opposition to Citizens United is an interesting contrast to the opposing views of the Supreme Court’s recent decision backing the Affordable Care Act’s tax subsidies. Democrats supported that ruling 79 percent to 15 percent in the poll, while Republicans opposed it 77- to 18 percent.

Another recent and controversial Supreme Court decision — the June ruling legalizing gay marriage nationwide — fared better in the poll, with 54 percent supporting and 42 percent opposing. And by a margin of 67 percent to 29 percent, those surveyed said the court was right to rule that women have a constitutional right to abortion.

On the question of Citizens United, the poll asked only about the Supreme Court ruling that said “corporations and unions may spend unlimited amounts on political causes.” The question intentionally didn’t mention Citizens United by name or describe the free speech interest. The wording may have intensified the weariness toward the ruling, says Lawrence Baum, a specialist in judicial politics who teaches at Ohio State University in Columbus.

“It would be interesting to see what the breakdown of opinion would be if a question described the court as ruling that individuals and organizations have a First Amendment right to spend money on campaigns as they see fit.

“There might be considerably more support for the decision.”

Regardless, the poll indicates deep suspicion of a campaign finance system seen as giving immense influence to the wealthy. Asked whether the system should be reformed so that a rich person doesn’t have more influence than a person without money, 87 percent said yes and only 12 percent said no.