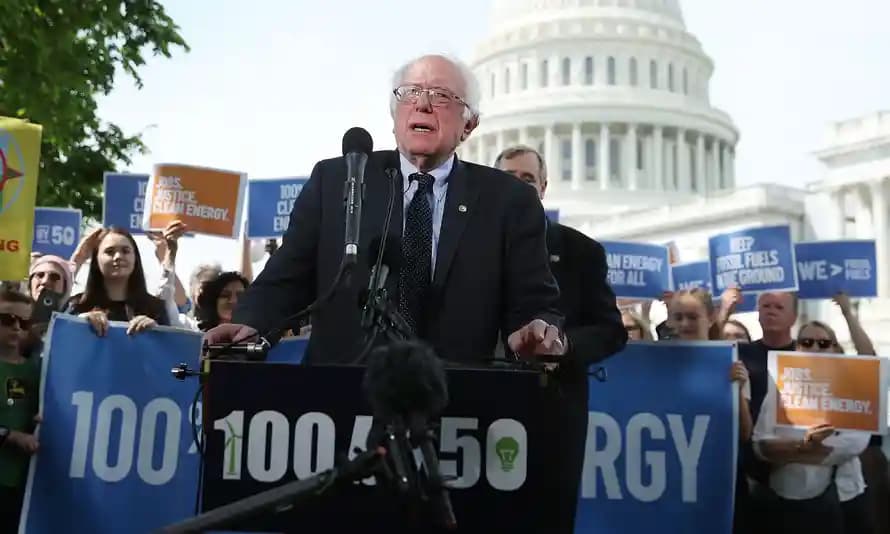 Bernie Sanders Wants The Media To Focus On The Real Issues Facing America, But They’d Rather Talk About Donald Trump

When it comes to major nightly news shows on ABC, NBC, and CBS, Vermont Senator and Democratic presidential candidate Bernie Sanders received little over ten minutes of coverage, for the entire year, from all the networks COMBINED. That’s a problem. Especially considering Donald Trump has received 234 minutes of airtime.

While Trump is the GOP front-runner and Senator Sanders is running in second place out of three Democratic candidates it’s expected that Trump would receive more media attention, but the numbers are so staggeringly disproportionate that it’s obvious Sanders is being almost completely ignored. Especially considering, Sanders’ poll numbers in aggregated polling are nearly equal to Trump’s (Trump 33.0, Sanders 32.2).

The Tyndall Report, which compiled the data is owned by Andrew Tyndall, he explains:

But this shows that Trump has more stories filed about him on average, and while the coverage may also be negative, it shows that news media has become a joke when speaking about the real issues facing America. They’d rather cover a comic book candidate who has zero concrete plans (besides the tax plan), never answers direct questions, routinely lies and exaggerates and criticizes the media, over a candidate who can answer questions, who has specific plans and who really wants to talk about the real issues facing America. Sounds legit.

Here is how much time Sanders stories were afforded for the entirety of 2015:

Here is what coverage looks like for the Republican candidates:

It’s a little unfair considering Sanders is polling higher at the moment than Jeb, Rubio, and Carson combined. Even more ridiculous, Hillary Clinton has never dipped below 40 percent in polling, and Trump is covered significantly more than her? And a major portion of her coverage pertained mostly to the email scandal before anyone starts shouting about a Clinton media conspiracy.

Out of ABC’s 261 minutes of campaign coverage for this year, Sanders has received less than a minute of that. I guess focusing on real issues that matter and affect the majority of Americans are too much of a yawner compared to [insert crazy thing Donald Trump said here] stories. If a candidate has to act like a raving jackass just to get attention, this means journalism is dead.

Sanders says of the media:

“I think you can watch television 24/7, and not get a feeling that what you are seeing is the reality of American life, in many respects.

“Half of people 55 years of age or older, have zero savings for retirement. Got that? You’re 57 years old, you got nothing in the bank. How do you think you’re feeling? You’re scared to death. See that on television? CNN? NBC? ABC? Soap operas? Not so much.

“We are a country where millions of people are in despair. Black, white, brown. They want to see a reflection of their life, of their reality, in media, and in many respects, they are not. “

If the media won’t cover what Sanders is saying, they should, at least, report on reality in America.

So Sanders has taken this report seriously and started a petition demanding fairer coverage from major news stations. If you agree that Sanders should get more airtime, even if he isn’t your ideal candidate, but you believe in fairness, sign his petition