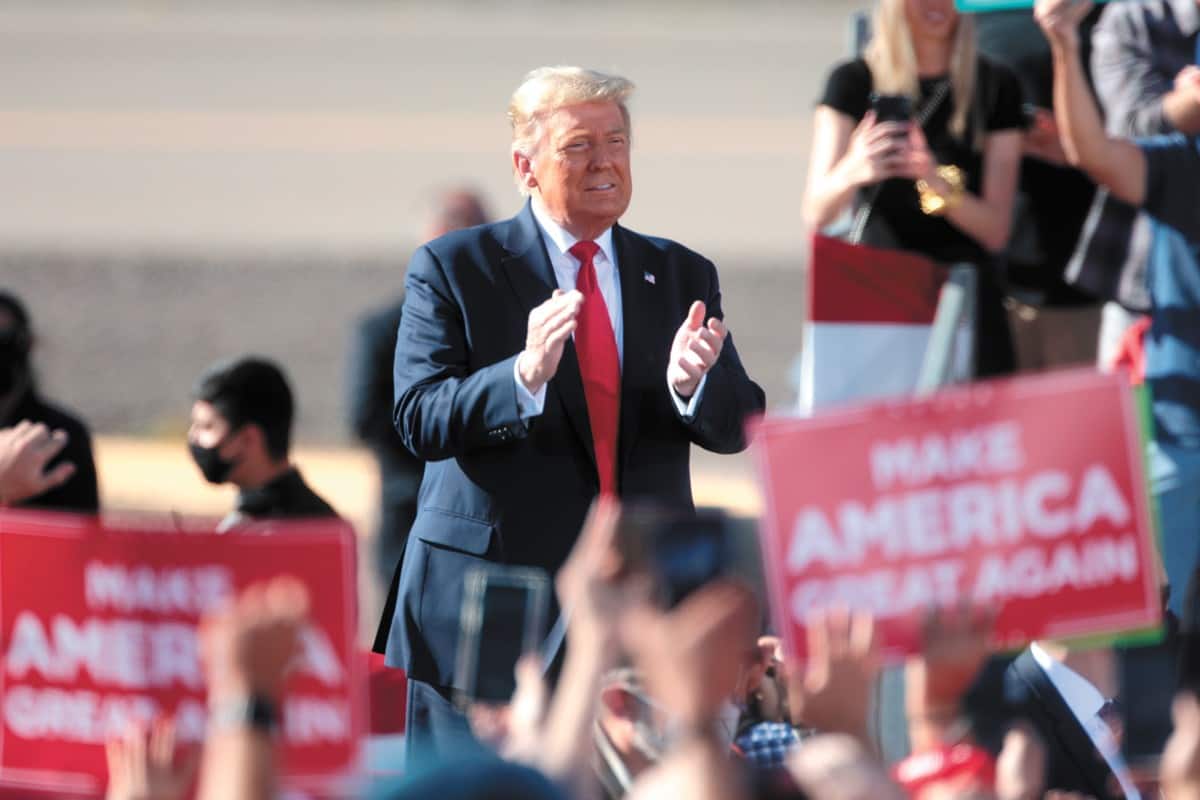 Donald Trump And The Politics Of Destruction

There is a rapidly escalating sense of desperation on the part of the Republican Party. More and more GOP politicians and pundits are publicly expressing their dismay, if not outright disgust, for Donald Trump as their nominee for president. Conservative radio talker Hugh Hewitt is even advocating that the party dump Trump at their convention next month or “get killed” in the November election.

Now there is evidence that it isn’t just the GOP that Trump’s hateful rhetoric and childish demeanor are bringing down. TVNewser is reporting that the Nielsen ratings for last Tuesday’s primary night show Fox News getting knocked off of their top tier status among cable news networks:

It’s one thing for CNN to rank first in the ratings, which they have done several times in the past year. But for Fox News to be losing to perennial third-placer MSNBC is a monumental failure that indicates much deeper problems for both the network and the Republican Party for which it shills. This upset on primary night is significant because it reveals that the television audience in general is keenly interested in Hillary Clinton’s victory and historic achievement as the first woman to be nominated for president by a major party. At the same time it shows that Fox’s viewers were too depressed to even tune in, except for the brief remarks made by Donald Trump and his new friend, the TelePrompter.

Trump Is A Long-Time Fox Basher

It should come as no surprise that Trump’s affect on Fox News has produced negative results. He has been perhaps the harshest critic of the network, despite the fact that they have coddled him and devoted more of their airtime to him than to any other candidate. For that generosity Trump unleashed a non-stop tirade against numerous Fox News personnel. As News Corpse reported in April:

Ordinarily, any Republican candidate would be conscious of the sway that Fox holds over the party and the fate of anyone hoping to rise up in it. But Trump, with an apparently reckless lack of concern, has spent much of the last nine months mercilessly battering the network and its staff. He said of Megyn Kelly that she “is the worst” and has a “terrible show.” He called Karl Rove a “total fool” and “a biased dope.” He said that George Will is a “broken down political pundit” and “boring.” Chris Stirewalt was deemed “one of the dumbest political pundits on television.” Trump laughed off Charles Krauthammer as “a totally overrated clown,” “a loser,” and “a dummy.” And wrapping up the whole network for his disapproval, he tweeted that he was “having a really hard time watching Fox News.” Then he called on his followers to boycott the network. He even went after one of the major shareholders of Fox’s parent corporation.

Now that Trump is the GOP’s nominee, his legions of glassy-eyed disciples are all too happy to obediently shun Fox News. And the rest of Fox’s audience is cowering under the covers, too afraid to turn on the television and be faced with the reality of an imploding Republican campaign and a Hillary Clinton presidency.

Trump’s contribution to the decline of both the Republican Party and its media mouthpiece, Fox News, is certain to exacerbate the anxiety of the nation’s right-wingers. This may not be what Sarah Palin meant when she called Trump “a golden wrecking ball.” But in an oddly ironic twist of fate, America’s Democrats and liberals might want to send The Donald a thank you note.