Obama Warns of Trump’s N*zis, so Hannity Comes up with the Most Backward Conspiracy Theory Ever 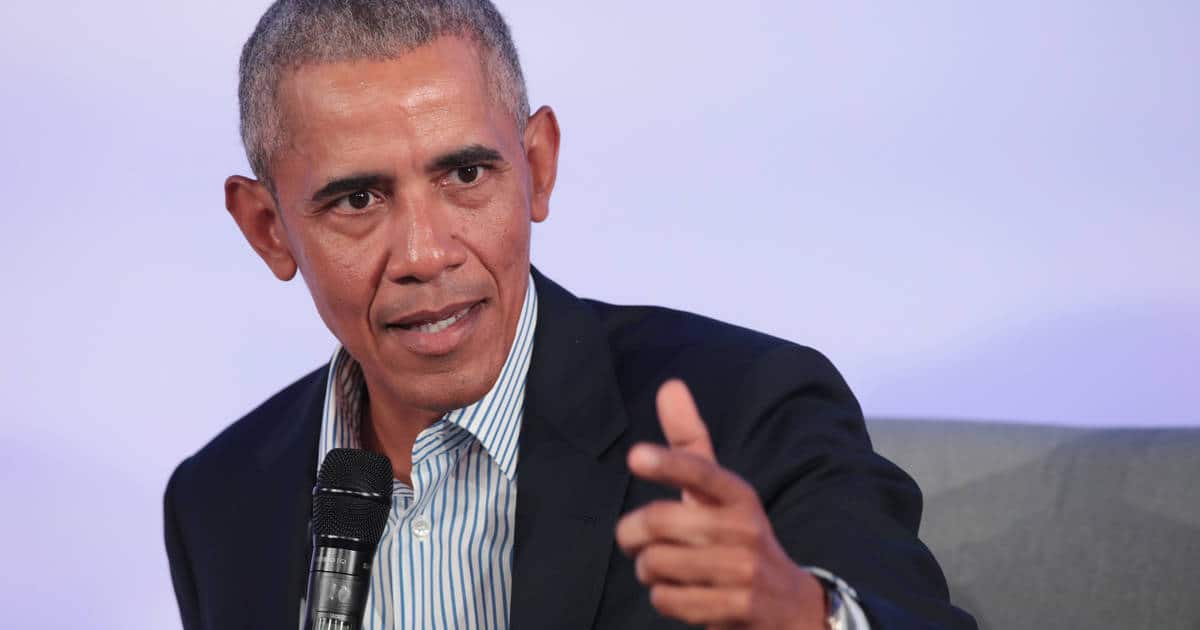 While speaking at the Economic Club of Chicago, former President of the United States Barack Obama briefly alluded to the current Trump Administration. During the Q & A section, Obama was asked what he had learned in his time as a world citizen, which led to him talking about the dangers of complacency in a Democratic society. During this tangent, Obama made a comparison to Nazi Germany and the rise of Adolf HItler, noting that the same could happen to the United States if the citizens were not careful.

It was a factual statement that the right-wing media has decided to wring as an offensive jab at Donald Trump, with Sean Hannity in particular declaring it a sign that Obama is obsessed with the sitting President. Speaking on his pitiful excuse for a political show, Hannity had this to say about Obama:

Related: Why Do Sean Hannity And Steve Bannon Think They’ll End Up In Jail Over Trump?

“The former president is obviously sick, pathetic, and twisted in this obsession with President Trump. It’s kind of like everyone in the media. Every single chance Obama gets, whether it be here or at home, overseas it doesn’t matter, he’s trashing, trying to undermine the president.”

Of course this is nonsensical, but expected drivel from a man who believes in paranoid conspiracy theories. What is more is the fact that the statement is pure hypocrisy given Hannity’s obsession in the past with both Benghazi and Hillary Clinton’s emails.

But Hannity does raise an important point, which is the idea of obsessions with presidential legacies. Whenever a President has done a good job in office, there is a notion that the upcoming President-elect will have a hard time living up to their predecessor’s successes, and we see a version of that constantly happening with Trump. He has made it his goal to dismember every accomplishment Obama made, even if those accomplishments help his voter base, like getting rid of middle class healthcare through the repeal of the Affordable Care Act, or ending net neutrality.

In an article published in Newsweek by Harriet Sinclair, Sinclair noted how both a political analyst and European diplomat had noticed this deranged pattern in Trump’s rhetoric, to the point of the latter declaring that he was “obsessed with Obama.” This fixation has even extended into the President’s trademark tactic of lying, as he infamously claimed in mid-October that Obama had not called the families of fallen soldiers, possibly hearkening back to his birtherism belief that Obama is not even a real American.

That racism has leaked over into the course of both his presidential campaign and now presidency, as Trump has gained an unfortunate affinity with white supremacy. Throughout his run he was the subject of controversies like the beating of black men at his rallies, calling Mexicans “rapists,” and advocating for a ban on immigration from non-threatening Muslim countries, the latter of which he has pushed to be implemented.

As such, it is worth listening to Obama as it is true that believing that the pillars of American Democracy will stand without defending them is naive and trite. Check out Hannity’s rant below:

BERN: If Franken Is Out, Trump Should Be Too — Sanders Demands Trump’s Resignation