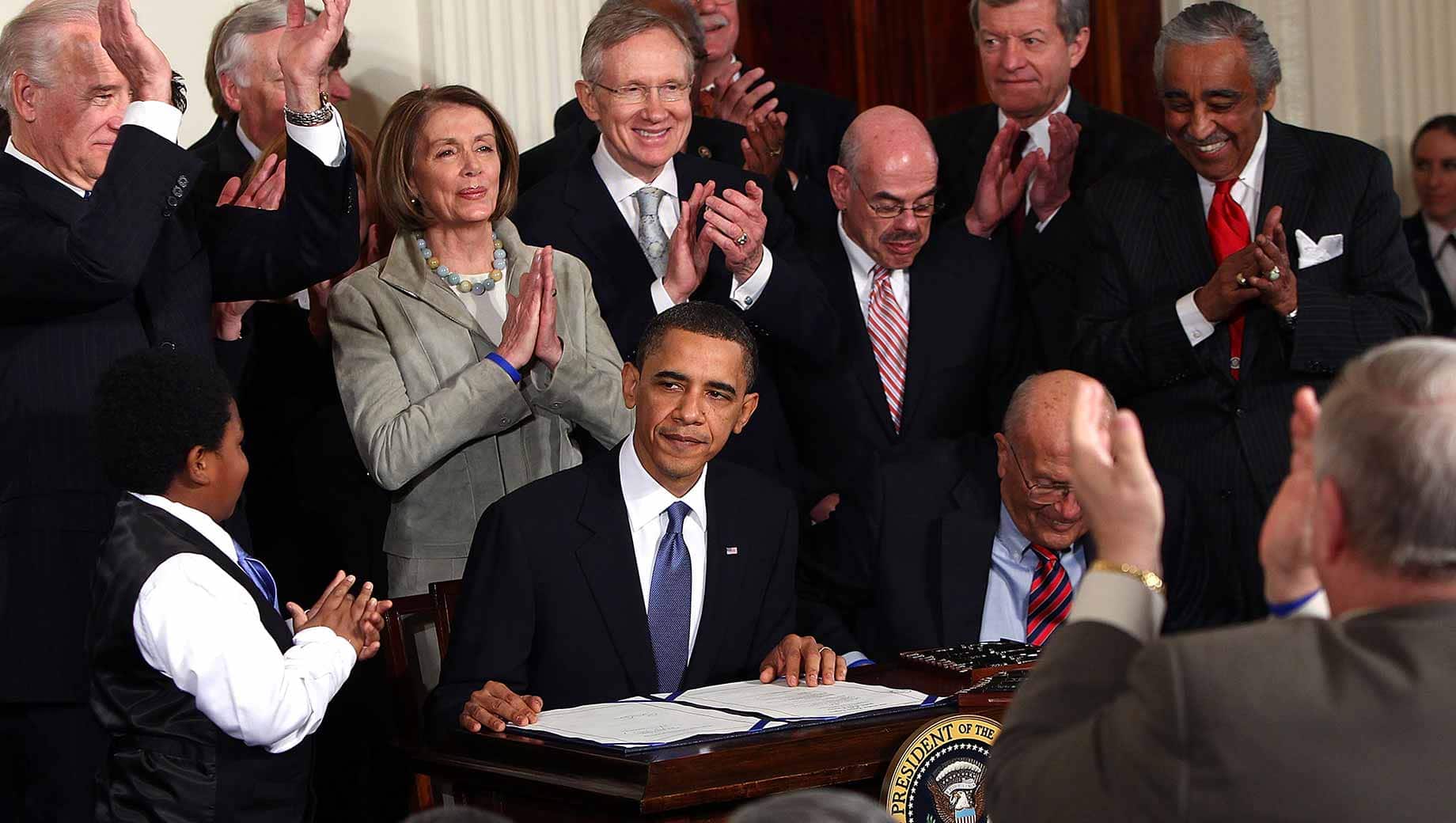 Since 2010, Republicans have been staunchly opposed to virtually any health insurance reform that actually helped those who needed it. They voted more than fifty times to repeal the Affordable Care Act (aka ObamaCare) during Obama’s presidency. Now that the GOP has one of their own moving into the White House, they are giddy with anticipation of achieving their goal.

The Wall Street Journal and NBC News just released a survey that has bad newsEDC for the GOP:

“As Republicans get closer to repealing it, President Barack Obama’s federal health-care law — or Obamacare — has never been more popular, according to results from a new national NBC News/Wall Street Journal.” […]

“50 percent of Americans say the law is working well (6 percent) or needs minor modifications to improve it (44 percent).”

The poll also notes that thirty-three percent of respondents think that ObamaCare could be improved with a major overhaul. However, only sixteen percent of the American people think that it should be eliminated. What’s more, the public has very little faith in the Republican majority in Congress to produce anything to adequately replace ObamaCare:

“And just 26 percent of Americans have either a ‘great deal’ or ‘quite a bit of confidence’ that congressional Republicans will replace the law with something better, while a combined 50 percent say they have either ‘very little’ or no confidence with the GOP here.”

In light of that, Trump’s slumping appeal to the nation registers even more prominently. He is by far the least popular president-elect in modern history with a mere forty percent favorability. Compare that with the last three presidents just prior to inauguration: Obama (84%), Bush (61%), Clinton (67%). And this is at a time when a newly elected leader enjoys a “honeymoon” period. It appears the American people are more in the mood for a quickie divorce. And true to form, Trump blames that on “rigged” polls.

The same people who did the phony election polls, and were so wrong, are now doing approval rating polls. They are rigged just like before.

For the record, the polls were actually remarkably accurate. They predicated that Hillary Clinton was favored by two to three percent in the days before the election. And that is precisely her margin of victory in the popular vote.

The Downside Of Trump’s ObamaCare Repeal

The people’s opposition to a repeal of ObamaCare has a factual foundation that Republicans strive to suppress. A Congressional Budget Office analysis of repeal found that up to 32 million people would lose their health coverage. They also found that premiums would skyrocket by up to fifty percent more than current rates. Also troubling is their finding that insurance providers would bail out of the market in droves. In Fact, they project that half of the nation would live in areas with no individual insurers at all. And that would rise to three-quarters by 2026.

Perhaps that’s why Republicans passed a bill to prohibit the CBO from scoring their ObamaCare repeal efforts. It’s a tactic designed to insure that people remain in the dark when their representatives are screwing them over. If they truly believed in the benefits of a repeal, they wouldn’t be afraid to let people know how it will affect them.

So Republicans are attempting to undo a popular healthcare bill, whose repeal will raise costs for both citizens and government. And they’re doing it behind a veil of self-imposed secrecy, at the behest of a historically reviled new president. Sounds like business as usual for the contemporary Tea Party infused, Ayn Rand inspired, Trump led Republican Party.