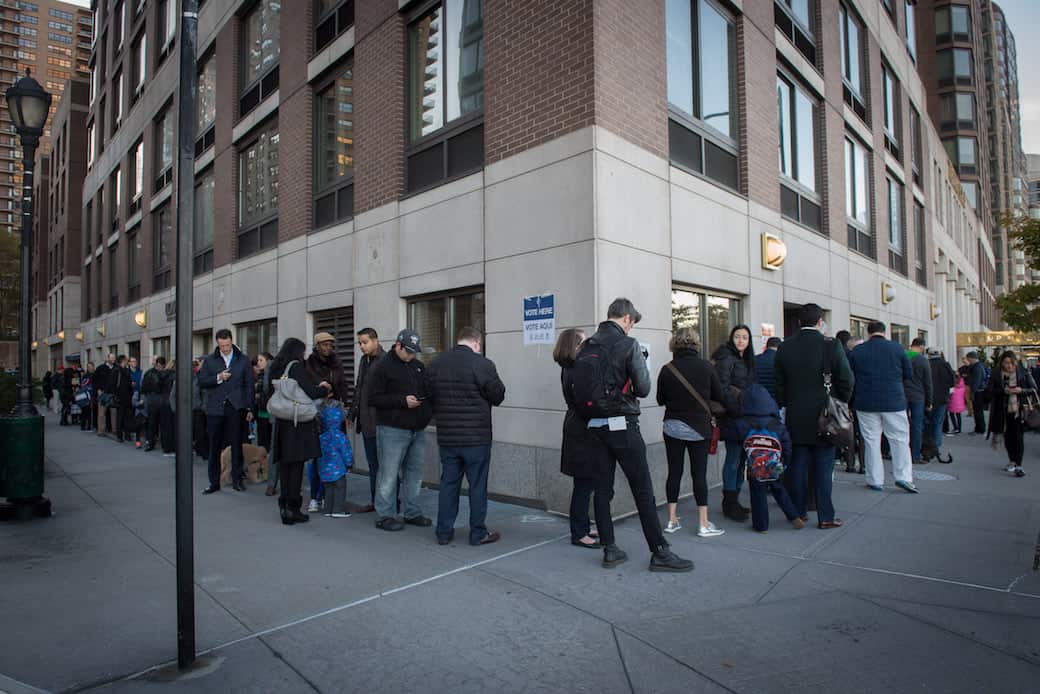 Logan Graham, a student at North Carolina State University, recently wrote a column in the university’s newspaper, The Technician, expressing his outrage over the troubles he faced when he tried to get a voter ID as an out-of-state student after new, contentious voter ID laws were passed in North Carolina.

“In 2013, the North Carolina Legislature passed House Bill 589, which required all voters in North Carolina to provide a federal or North Carolina issued ID to be able to vote. This meant that for out-of-state students such as myself, a different state’s driver’s license or a college ID, the only two forms of identification I have with me in North Carolina, simply wouldn’t cut it.”

This controversial voter ID law has been the focus of a Federal court case, and has led to a complex and costly quest by Logan Graham to get his voter ID. Because all of his federal documents, including his passport, birth certificate and social insurance card were back in his hometown, he was stuck having to track down an acceptable proof of identity. He had an out-of-state license, but then he needed to get a stamped official college transcript which cost $12. As Logan points out, his free voter ID card was no longer free.

Once Logan got his papers in order he headed off to the DMV because that is what the state’s Board of Elections website instructed him to do. However, when he got to the DMV he was turned away.

“I’m sorry sir, unless you’re doing official business with us, you can’t receive a voter ID here,” a half-asleep DMV worker drawled from behind the front desk. “You have to get your voter ID at the Board of Elections, not here.”

Logan was using the bus to get around, so the amount of time he put into getting a voter ID was starting to pile up, as well as the cost. His day turned into a ping-pong game, shuttling around, just to be able to get an ID to be able to exercise his right to vote.

“For the next three hours… I ended up traversing buses around the city. I was turned down at the DMV and shipped off at the Wake County Board of Elections, but, at the Board of Elections, I was again turned down, told that I was in fact supposed to get my voter ID at the DMV. Armed with pamphlets from the Board of Elections that clearly specified the DMV had to provide me with an ID, I was ready to return to the DMV. Unfortunately… the DMV had shut down for the night…In a day where I had spent $12 and three hours trying to track down an ID, I had nothing to show for my work.”

The Board of Elections website assures us that the process to get a voter ID when you are an out-of-state student should be fairly simple. Logan Graham’s experience shows that this just isn’t so, and the implications could be far-reaching.

As Logan points out, he estimates that there could be 20,000 out-of-state students who could be facing the same challenges he is that may be dissuaded to vote due to a process that is more complex than need be which can have serious effects on the outcome of elections.

“Those voters are just over 1/3 the amount of votes Sen. Thom Tillis beat former Sen. Kay Hagan in the 2014 North Carolina Senate race. It’s frightening, then, that such a large portion of our electorate may be disenfranchised in a state that sees such close races regularly.”

Logan spoke to Reverb Press about the challenges being faced by other students he knows and his concerns over the fact that too many people who are perfectly eligible to vote may end up stuck on the outside of the elections looking in.

“I’ve met a lot of out-of-state students who are in the same boat as me. Most of us are trying to get an ID ready in time to vote and glad that, in the primaries, anyone who doesn’t have a valid ID has the ability to fill out a reasonable impediment form to cast a provisional ballot. This of course isn’t anywhere near ideal, but at least it’s better than the November elections when citizens without IDs will be turned away. I can easily see thousands of out-of-state college students not gaining an ID in time for the upcoming elections and not being able to vote when they otherwise would have.”

Out-Of-State Students Are Just One Group Of Many Affected By Voter ID Laws.

Although Logan Graham focused on the plight of students in his column, there are many non-students who also face similar problems. Unfortunately, it seems to affect poor and minority voters as well, which has made the voter ID laws in North Carolina extremely controversial.

“Unfortunately, the law affects tons of people across the state beyond out-of-state students. There’s a significant proportion of North Carolina citizens who want to vote, but don’t have an acceptable ID and won’t be allowed to vote if they are unable to get a voter ID card in time.”

The question is, why was this law brought into place? What was the intention, if it makes it hard for so many people to be able to exercise their right to vote? Who is responsible for this mess?

“It’s painful to say it, but I do believe it was put in place to keep some people from voting. Numerous studies have shown that voter ID laws disproportionally effect people who traditionally vote for Democratic candidates. It’s interesting to note that no Democrats voted for the bill that established the voter ID law in the Senate and only five Democrats voted for it in the House. It sure looks like the law is being used by Republicans to prevent Democratic leaning voters from staying home, it’s shameful. That being said, I think many Democrats try to limit the number of Republican voters who turn-out as well. There’s a mood among our politicians today that they get elected by shifting the electorate in their favor, not by doing their job well and making a difference as it should be–this has to change.”

For someone like Logan, the idea of giving up his say in the election is not something he is willing to do. The politically astute student is not backing down and will get his voter ID, but is afraid that many students will give up their right because of how difficult the process is.

The answer to the problem is actually fairly straightforward and logical.

“Simply allowing out-of-state students to be able to use another state’s driver’s license or their university IDs would fix this problem. Doing so would not increase the already mediocre chance of in-person voter fraud occurring, as voters would still be presenting a valid ID, and would award so many more students the ability to vote.”