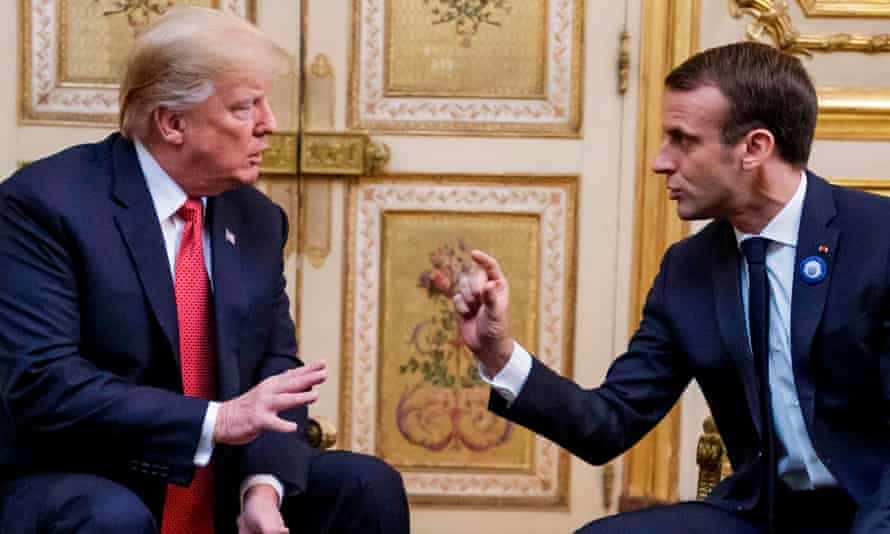 Since When Is Paris In Germany? Since Foreign Policy Powerhouse Donald Trump Said So.

Since when is Paris located in Germany? Since top GOP presidential candidate and foreign policy powerhouse Donald Trump said so, apparently. In response to recent news about a knife-wielding DAESH (ISIS) terrorist being shot by les gendarmes after attempting to force his way into a Paris police station on the anniversary of the Charlie Hebdo attacks, Trump tweeted the following random brain dropping:

That’s right. According to Bubba Trump’s pathetic excuse for “logic,” when a suspected terrorist gets shot in a Paris police station, it’s time for Germany to GET SMART about their “total mess-big crime.” WTF, Donald? As Yahoo! News  wryly observes:

Presidential hopeful Donald Trump seemingly flunked geography if his latest Twitter gaffe is anything to go by […] But his rant seemed to mistake the capital of France was found in another country altogether.

Of course, the moment Donald Trump’s “Paris in Germany” gaffe got tweeted, the Twitterati went into overdrive:

Do not be fooled, @realDonaldTrump is a genius, Paris is in Germany is a geography test for the world!

Paris is in Germany? Aw @realDonaldTrump try to grasp basic geography first, then maybe you can move on to some simple shapes and colours.

.@realDonaldTrump If you still think Paris is in Germany, here’s a helpful geography lesson care

When someone fails Geography Class and thinks Paris is in Germany. “GET SMART!” ?

Meanwhile, conservative publications are going crazy trying to make excuses for Donald Trump and deny that he actually meant what he said about Paris — the capital of France — being located in Germany (which, by the way, is a totally different country). A blaring headline from Twitchy proclaims:

And to prove their point, they posted a tweet from a person who’s Twitter handle is “@Coondawg68,” claiming that “hundreds of people can’t understand periods and commas.”

Donald Trump did not tweet that Paris is in Germany. But apparently hundreds of people can’t understand periods and commas.

Sorry, Twitchy, but we’re not the “morons” here. First of all, Donald Trump has never been known for his methodical use of periods and commas. Second of all, would any serious user of the English language trust some guy who calls himself “Coondawg” to diagram Mein Trumpf’s sentences for us? We didn’t think so.