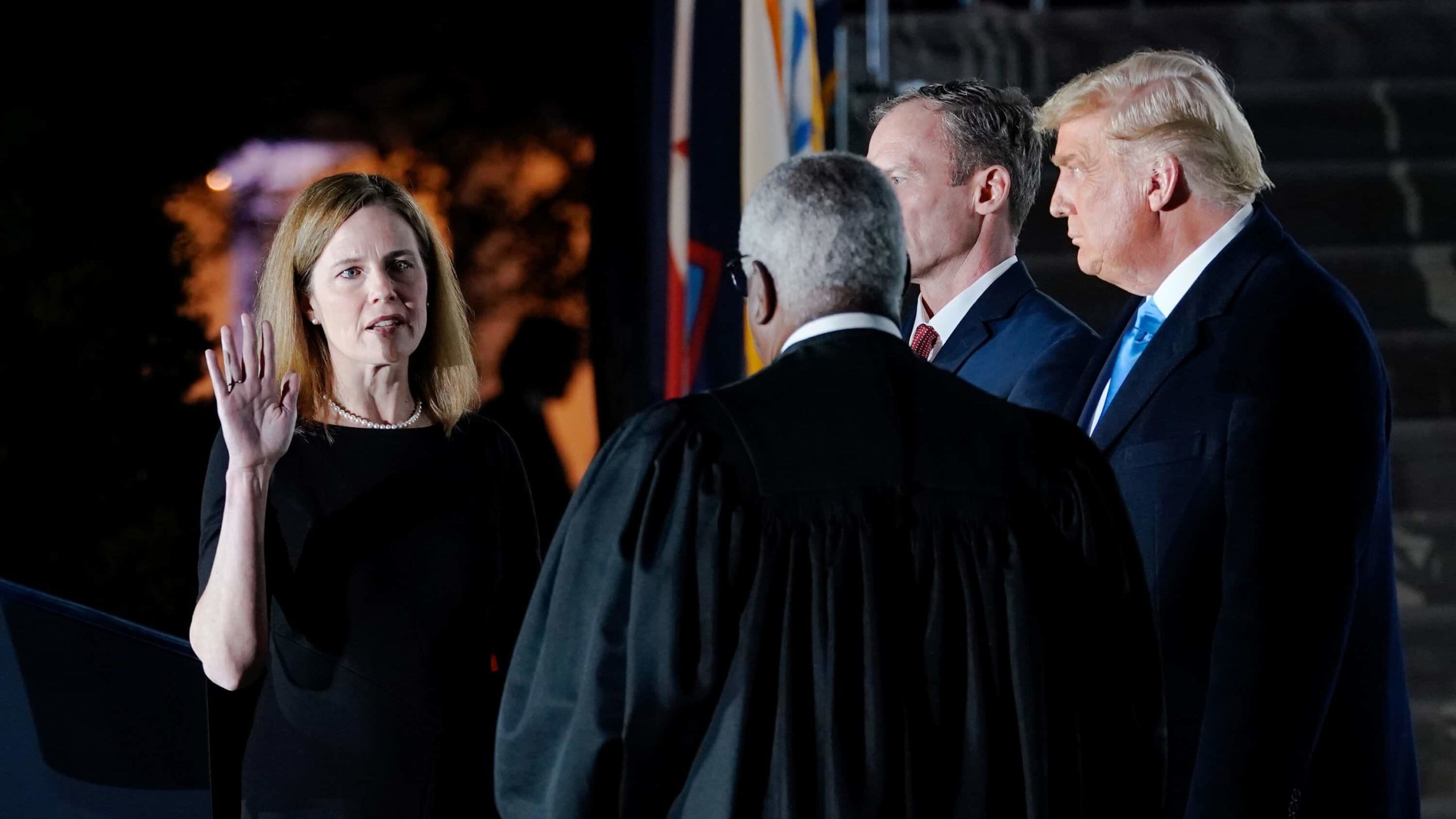 Less than a day ago, we learned that Supreme Court Justice Antonin Scalia, the most conservative member of the Court, had passed away. And not even hours after this information went public, Senate GOP members and other Republicans declared intentions to block any attempts by President Barack Obama to replace Scalia.

My statement on the passing of Judge Scalia.

While all this public posturing is good for GOP base morale, there’s something that the Senate GOP is quietly terrified about: The possibility that President Obama could appoint a Supreme Court Justice within the next week — before Congress returns from its ongoing recess.

According to the Washington Examiner, some Senate GOP members are afraid that Obama could avoid their attempts to block his Supreme Court appointment by making a recess appointment.

“We’re in recess, so Obama can, in theory, appoint someone,” a senior GOP aide told the Washington Examiner. “He could appoint [Vice President Joe] Biden tonight if he wanted to.”

Obama wouldn’t be the first president to use a recess appointment to place a justice on the high court. There are have been 12 justices appointed to the Supreme Court while the Senate was in recess. Dwight Eisenhower was the last president to use that power — he did so three times, according to Scotusblog.

So, if President Obama were to chuck deuces at Republicans and pick someone during the upcoming week, theoretically there’s nothing that could be done by livid GOP members of Senate. Article II of the U.S. Constitution grants the President of the United States the exclusive power to select a Supreme Court justice if the Senate is in recess. However, there’s a caveat.

The President shall have power to fill up all vacancies that may happen during the recess of the Senate, by granting commissions which shall expire at the end of their next session.

What does that mean? Well, according to Scotusblog, that means that the appointment would be a temporary rather than permanent one. However, that’s as good as the news gets for Senate Republicans.

Earth To Senate Republicans: This Isn’t A Mid-Term Election…

This is now a highly volatile presidential election year thanks to the death of Antonin Scalia. The promises of the GOP to block Obama “until a new president is elected” means that Americans will be voting with the knowledge that because of Republicans, the next president might be the one to mold the Supreme Court and any decisions that they make.

Let’s say Donald Trump managed to wrangle his way into being the GOP nominee for president. The Republicans would have to hope against hope that Americans would want Trump to pick the next Supreme Court justice. That’s something polls suggest many Americans would betoo outright embarrassed to do. Extremists like Ted Cruz and Marco Rubio‘s policies would set the United States back 100 years. Therefore, they probably not be palatable choices to moderate and left-leaning independent voters, either.

In other words, as the GOP melts down before the world and proves over and over again they’d rather obstruct than lead. And should their gerrymandering antics be challenged before a deadlocked Supreme Court, the more liberal lower federal courts would be poised to undo the damage the Republican gerrymanders did in 2012.

Senate GOP Is Now Between A Rock And A Hard Place

All the smack talk means nothing today, as Barack Obama could appoint anyone he chooses during the next week — and that person will serve as a Supreme Court member until the end of the next Senate session. That is a large enough window of time to help make some seriously far-reaching decisions as part of a liberal Supreme Court.

The posturing by Republicans means nothing. President Obama holds all the cards right now.

In fact, their refusal to agree to a permanent selection for the sake of partisanship would be, as Sen. Elisabeth Warren pointed out, “abandoning the duties they swore to uphold.” Not only would the Republicans look like a bunch of childish hypocrites before the world, but their behavior will likely be for nothing as this situation pushes the odds of getting the White House out of their reach.

They may actually risk the conservative nightmare of leaving the seat vacancy filling up to a proud democratic socialist. Even if the Senate GOP members managed to hold onto their majority through this upcoming election, forced gridlock in Congress AND the Supreme Court could prove to be their ultimate undoing as a party.

The posturing by Republicans means nothing. President Obama holds all the cards right now. Since he taught constitution law for a number of years before becoming president, I’m sure he’s more than aware of this fact.