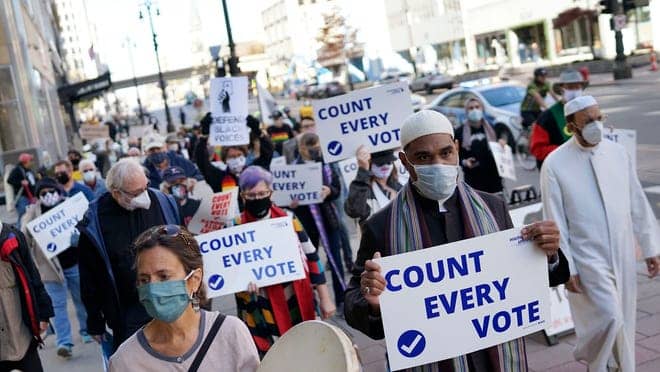 What do you call a congressional district that snakes along a highway and then pools into a two-pronged fish tail at the bottom? Racial gerrymandering.

The 12th Congressional district in NC just screams racism. Wtf is this?

The New York Times reports the Republican-led state legislature of North Carolina has been scrambling to redraw their 1st and 12th congressional districts in time for this year’s election. Why? Because in February, a federal court ruled the current boundaries to be unconstitutional due to the glaringly obvious attempt at racial gerrymandering.

A three-judge panel found that the GOP-appointed consultant charged with redrawing the district maps after the 2010 Census had crammed as many black voters as he could into these two districts to dilute their voting power.

The court said the mapmaker was a specialist who served the Republican National Committee as a redistricting coordinator after the last three censuses. Such is the undemocratic gamesmanship at work in the legislature’s systematic efforts to cling to partisan power.

Naturally, North Carolina’s besieged Republicans have asked the US Supreme Court to step in and issue a stay on the lower court’s order. But now that Justice Antonin Scalia has passed away, leaving SCOTUS evenly-split between liberal and conservative justices, that’s unlikely to happen. As the New York Times observes in a description that is unavoidably comical:

The nation’s growing political curse of partisan and racial gerrymandering is at the heart of the North Carolina case. The lower court found the “serpentine” 12th to be so “contorted and contrived” by the legislature that it may be the least geographically compact of all the nation’s many gerrymandered districts. It resembles an archipelago snaking northeast from Charlotte along Interstate 85 through African-American communities.

So far, the map-redrawing efforts don’t seem to be coming along so well. The Charlotte Observer reports state Democrats are “not thrilled with the plan.”  Senate minority Leader Dan Blue (D-Raleigh) calls the new maps a “direct assault on democracy.” He also insists that the new districts still amount to racial gerrymandering, with around half the blacks in the state “stuffed” into just three districts: The 4th and the newly-drawn 1st and 12th.

“You can’t use partisanship as a proxy for race, and that’s exactly what you’ve done here.”

The judges will still have to approve the new district boundaries, as shown below (with the newly-drawn 12th district in orange). The presidential primary elections will be held on March 15th, and the congressional primaries will need to be held separately. ttate Republicans will grumble at the extra cost, but they should have thought about that before trying to illegally keep people’s votes from counting because of the color of their skin.