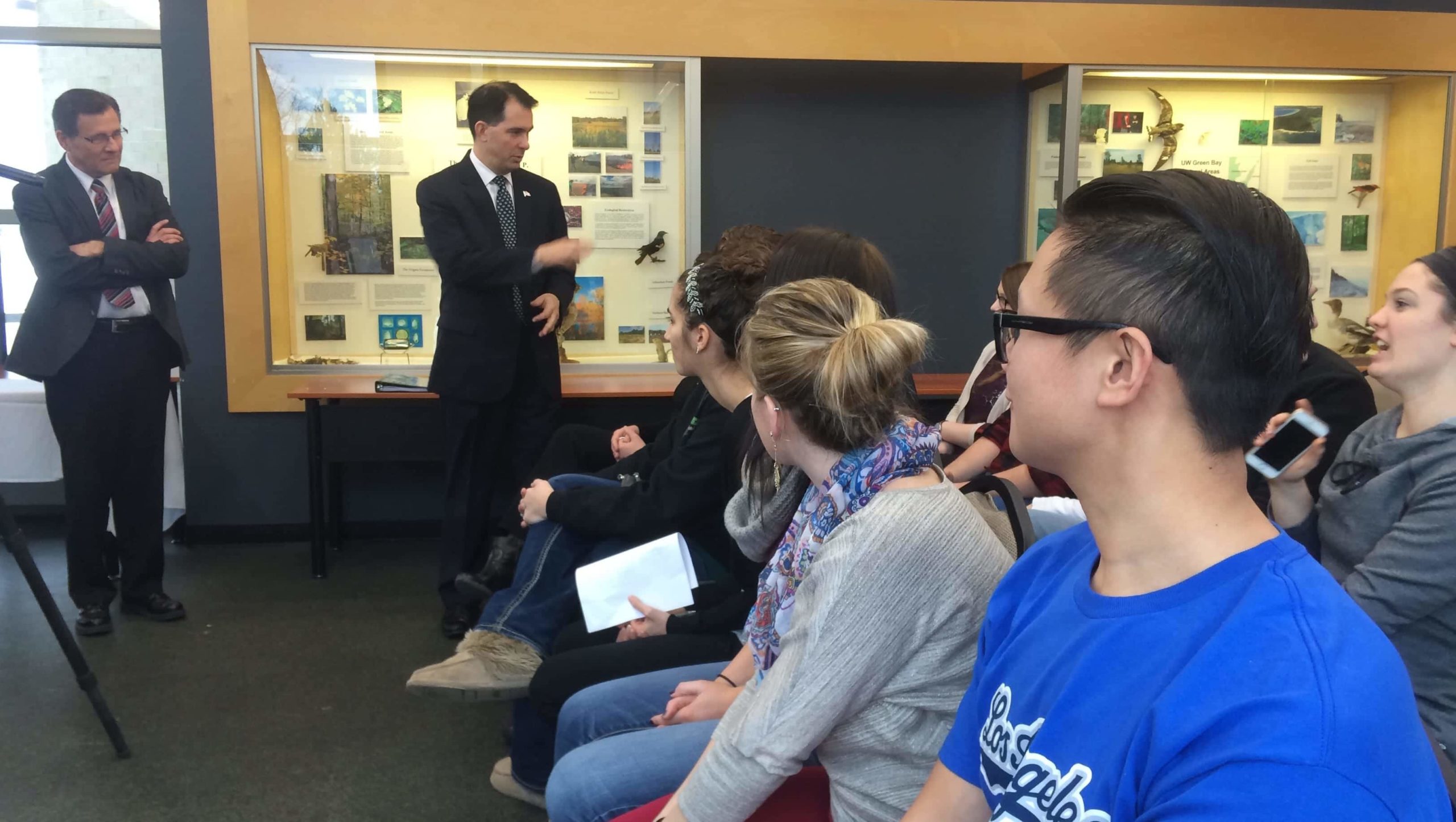 Recent graduates are finding themselves straddled with more student loan debt than they can handle, and those with outstanding student loans in Wisconsin might just be out of luck. As Wisconsin Democrats push to help former students refinance loans at lower interest rates, Gov. Scott Walker is ready to stop them.

In November 2015, the amount of student loan debt in America reached an unprecedented $1.3 trillion. To put this into perspective, Americans now owe more in student loan debt than they do in credit card or auto loans.

Remedies such as student loan consolidation, loan deferment and other temporary options can only go so far. This has led Minnesota lawmakers to suggest allowing residents to refinance their loans to decrease insanely high interest rates. Some of their neighbors in Wisconsin have the same idea:

“[A Democrat] proposed bill… would create a state Student Loan Refinancing Authority allowing student loan borrowers to refinance those loans at ‘much lower’ interest rates, just as homeowners do with mortgages.”

Those words were spoken at a news conference back in 2013, and Democrats have been fighting to make student loan refinancing an option for Wisconsin residents ever since. Unfortunately, Republicans don’t seem to share the same fervor for helping their constituents climb out from crippling student loan debt.

As Democrats keep trying to make student loan refinancing a reality in Wisconsin, the proposals can’t even make it past the Republican-led Assembly and budget committee. Governor Scott Walker doesn’t seem too keen on the idea either. As the Green Bay Press Gazette reported:

“[Gov. Scott Walker said] Democrats’ proposals to allow college graduates to refinance their student loans would not benefit those struggling the most.”

Of course, Walker would have to have his own plan in place if he was so adamant about stopping student loan refinancing, right? As it turns out, he does. He’s been touring around Wisconsin college campuses touting ideas that were already part of the Democratic plan or would have little effect for graduated students.

Scott Walker’s ace in the hole, though, has been tuition freezes. He stated, “I’m proud for four years in a row… we froze tuition.” While freezing tuition might sound like a great idea, it actually does nothing for students who have already graduated. Plus, it turns out that freezing tuition isn’t such a great deal after all, as reported by US News:

“[This is] why such tuition freeze promises don’t last long – they generally don’t work… Opponents say tuition freezes are fine for a short-term fix, but shouldn’t be extended for long periods and don’t really solve the problem with the high cost of college.”

The issue here is that tuition freezes don’t decrease the cost of college. They just get the money that’s paid to these universities from somewhere else, ie. the state. In the end, money eventually runs low and these tuition “freezes” end with detrimental results.

Why detrimental? Because once a freeze has ended, the resultant tuition hike is substantially larger than normal increases. This leaves students and their parents blindsided with huge tuition bills, and that in no way helps with student loan debt. Even before these hikes, students see the damaging effects of tuition freezes:

“I understand the value of a tuition freeze as well as anybody, but in my last year of school I saw the decimation of a lot of programs that really make the University of Wisconsin System great.” – Lee Bartnik, 25-year-old recent graduate.

Gov. Scott Walker had an advantage during his 2014 reelection bid: Politifact found a claim that Walker had opposed a proposal for refinancing student loans “false.” In the words of Bob Dylan, though, “Times are a changin’.” He now seems dead set against the idea.

Tuition freezes have proven detrimental when implemented, yet Gov. Walker still brags on his utilization of the tactic in place of coming up with a permanent solution to the student loan crisis. This will undoubtedly lead to more students being unable to go to college, but since studies have shown that you’re more likely to vote Republican if you’re stupid, Walker might be aiming for job security.