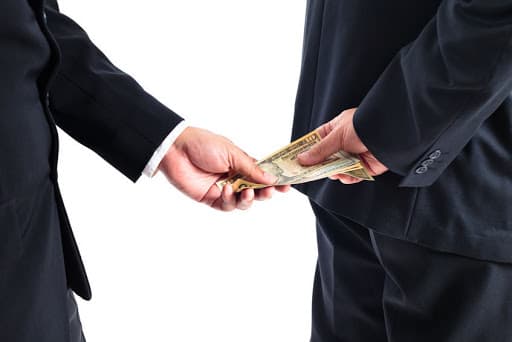 The United States is in trouble, far more trouble than we realize. The issues we find discussed in the news, from election fraud to police brutality, are rooted in a far more rampant issue, a systemic corruption which can be found from sea to shining sea. Even the top enforcement agency has a long history of corruption, which in turn makes uncovering problems far less likely over the long-term.

A recent report on state integrity from The Center for Public Integrity and Global Integrity reveals how widespread corruption is across the United States. Out of all 50 states, we find that Alaska is the highest rank, rating a C, with California and Connecticut falling right behind with a C- grade. 11 states, Delaware, Kansas, Louisiana, Maine, Michigan, Nevada, Oklahoma, Oregon, Pennsylvania, South Dakota, and Wyoming, all failed in the analysis, with the remaining states rating incredibly poor.

Corruption is a broad category, from outright bribes to preferential treatment by those whom legislature impacts. Paid for seminars to exclusive getaways, insider information on stock portfolios, the amount of corruption we can find should outrage anyone. We can even observe outright illegal activity on the floors of state legislatures, yet are powerless to address it. And we wonder why those who pass out bribes in public are promoted to the highest of offices.

Our Democracy’s In Trouble

Having only three states pass with a decent score, and 11 states in utter failure tells us all how much trouble our nation is in. The states are the incubators of democracy, and federal election standards are derived from those used within the states themselves. A corrupt state causes a corrupt federal, for contrary to popular belief, the fish does not rot from the head, but the tree rots from the roots.

Voters have passed anti-corruption ballot measures to little effect. Because the system itself is corrupted, the ability for voters to make even a dent on the issue is minimal. The way in which our nation’s elections are handled inevitably results in the preservation of corruption, with only the most outrageous cases even being noted by the people.

And corruption in turn gives incentive to dis-engage the electorate. After all, why should voters turn out when their impact is so small?

Chinese Model May Give Answers

An old saying found in business is to never discuss a problem unless you have a solution ready. The problem of American democracy is many fold, but they come from the difficulties associated with long term planning, and the ability to understand the large and complex issues which a large nation must address. The reason why simplistic proposals which would be an utter disaster in reality become major party platforms is because they are simple, people understand the basic idea. That they do not work does not register for large portions of the population. But our system is entirely dependent on our electorate understanding all of these issues, from the local up to international levels, as if they were experts. It is no wonder that we have major parties currently preparing to put people with no comprehension of international politics onto the world stage to represent American interests. And as corruption lends itself to helping out these unqualified candidates, as they would be the most dependent upon those who would corrupt our system, the system over time becomes entrenched, with payola, kickbacks, and bribery now part of American elections.

By comparison, China’s indirect democracy, paired with a meritocracy model that dates back millennia, is proving itself far more capable of addressing corruption within the government. The anti-corruption probes have resulted in the removal of numerous politicians, reaching even into the highest levels of government. Due to the design of the meritocracy, where you can retain your position only with the support of politicians below you, corruption becomes far more difficult to maintain. The pressure from below to keep an eye above increases, particularly as when corruption is uncovered, it opens up that position to those who expose it. And with the direct elections of the lowest ranks of government, where the voters live in the same town as the politicians and can run into them in the local supermarket, corrupt politicians almost never last long. Even more remarkable, due to the direct election of local politicians, it becomes nearly impossible for political parties to control local elections, which is resulting in some serious issues for totalitarian regimes as social media continues to grow into grassroots changes for the nation.

As the direct elections are local, the voters have a direct interest, and connection, to the people they vote into office as history demonstrates. By having the lower levels of government holding the power to appoint, or remove, higher, the thought goes, it encourages the appointment of more experienced and honest politicians. This chain of thought also is that the direct election of higher levels of office introduces a popularity contest, where a popular candidate who is not qualified for office is selected over an unpopular but skilled candidate. And the more powerful the office is, the more incentive there is for such a contest to be created, and for outside interests to try to manipulate the system through corruption.

While this is not the answer by itself, the insights it grants can help us to reform our own system to one which punishes corruption, and rewards merit.

Getting back to basics

Analyzing the US Constitution, we find that our founders accepted a system much as China, with an indirect election process used for the Senate, President and Supreme Court. Even our legislators are not, as written, directly appointed by the people, but instead are to be selected using the same method used for the largest body of the state legislature of the state they are to represent. Amendments further adjusted the President and Senatorial selection process to mirror that of the legislators as well, making a unified system between state and federal. But it all reflects upon the states themselves, and when the state is corrupt, one must not be surprised when we find the same in Washington D.C. Perhaps our founders still have some more wisdom to grant us, even centuries later.

With the states as the gatekeepers, the level of corruption found becomes reflected on the federal. The old saying is “All politics is local.” This is doubly true when the politics is dirty, for as anybody who has ever cleaned up a house filled with children can tell you, dirt loves to spread.

While media, be it mass or social, is empowering on the local level, it cannot by itself overcome a corrupt system on the state or federal level. The more difference between the local level, where people live, and the government level of the election, the more difficulty there is in overcoming this hurdle. As well, media can itself be utilized to reinforce the popularity contest, reinforcing an atmosphere of inevitability to an election. The larger the position, we fine more of an incentive to use the same system which would empower voters for a local election to instead strip that power. And as history shows, the larger the target, be it media or elected office, the more incentive for those with the money to corrupt to do just that.

Corruption within our government has been found throughout our history. That we fail on the state level is not a surprise. What is a surprise is that in over 200 years we have not only failed to do anything about it, but empowered it. We have off-year elections which launch radicals into government, fraud which renders our votes pointless, and a system which exists only to feed itself.

Despite all this, we still have the power at our hands, through our local and state elections. Many states have ballot initiatives, or publicly voted amendments, which could overturn such problems. They have been used before to try and attack corruption direct, but by leaving the system in place it becomes an uphill battle. Perhaps a change of strategy, to change the system itself, is the solution to our problems.