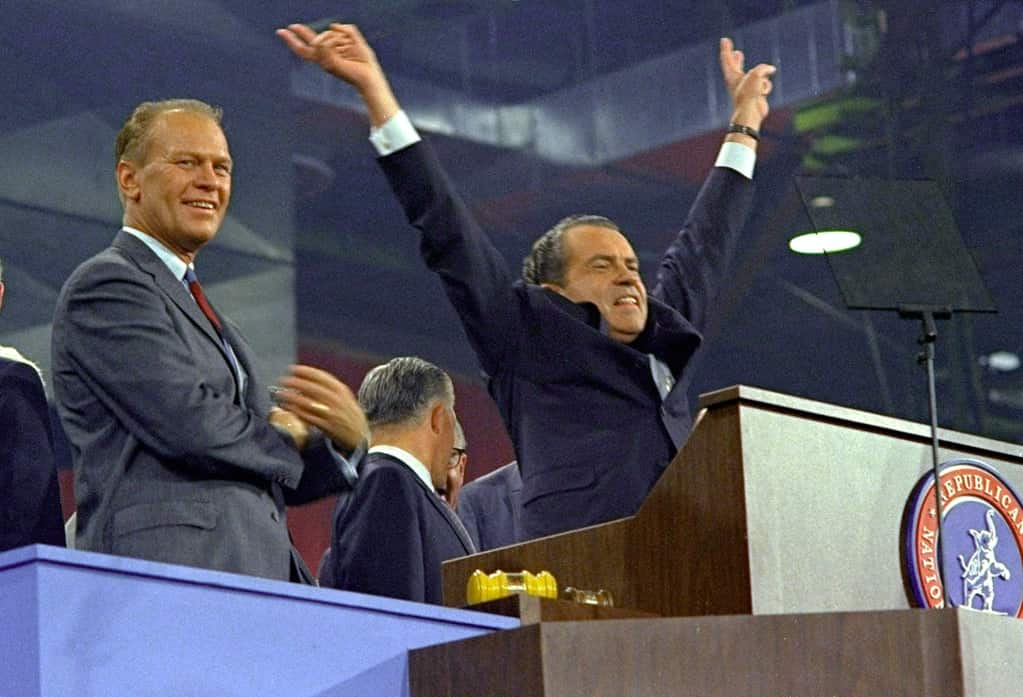 March 15 was dubbed by many as Super Tuesday Part II. There were hundreds of delegates at stake for each party, but even though Donald Trump took the lion’s share in the GOP races, talk of a brokered convention is still in the air. This points towards a Republican Party that’s finally decided to screw over the racists it’s depended on for decades.

While talk of a brokered convention within the Republican Party has been going on for a while, it took on a more realistic tone after Super Tuesday II. Analysts began speaking as if there were a real possibility that the candidate with the most votes wouldn’t be nominated. John Boehner even backed Paul Ryan, someone who isn’t in the race, for President.

If something like this were to happen, and Donald Trump gained the popular vote but wasn’t nominated, the GOP would essentially be turning their backs on the group that’s given them so much power over the years: racists and bigots. Sadly, Trump has these individuals in his back pocket, as seen in one of the numerous racist tweets sent out by his followers:

Make no mistake about it: Tweets like these are the rule, not the exception, when it comes to Trump supporters. Trump’s followers are overwhelmingly racist and xenophobic. After he took South Carolina, for instance, polls revealed that 75 percent of S.C. Republicans agreed with a ban on Muslims entering America.

Even worse, a mere 24 percent of Trump supporters in The Palmetto State said they were happy the Union won the Civil War. Which isn’t too surprising considering many of them still think the Civil War wasn’t over slavery. This is strange considering South Carolina’s very own declaration of secession from the Union complained that:

“[The North] encouraged and assisted thousands of our slaves to leave their homes; and those who remain, have been incited by emissaries, books and pictures to servile insurrection.”

The Republican Party hasn’t always been the “Party of Hate,” though. After all, it was the first Republican who emancipated the slaves in the south. All of this changed, however, as decades trudged on. Eventually, the GOP began courting racists to their party in order to secure the south. This was known as the Southern Strategy, and it worked quite well.

Unfortunately for the GOP, this strategy wasn’t sustainable. Republicans consistently push for discriminatory laws in halfhearted manners, but as these laws crumble under judicial oversight, the overt racists in the party are seeking someone they believe can successfully codify their bigotry into law. That person is Donald Trump, and the GOP is not okay with this.

If you haven’t heard of the Southern Strategy, it’s an interesting aspect of history. Learning about it will help you fend off those historically-ignorant claims that Democrats are the Party of the KKK. You see, prior to the African-American Civil Rights Movement, racists in the south aligned themselves with the Democratic Party.

As fellow Democrats started supporting Civil Rights, though, many racists residing in the south suddenly felt they had no voice. The Republican Party of the time saw this as a chance to court southern white voters, and they were right.

“It was Nixon who devised and pursued what came to be called the Southern strategy. This was… an appeal ‘to racism against African-Americans.’ Nixon was hardly the first Republican to notice that Lyndon Johnson’s civil rights legislation had alienated whites both in the South and elsewhere – Johnson himself had forecast that Southern whites would desert the Democratic Party.”

And that’s what happened. Republicans started supporting racist laws, and racists throughout the country started voting for them. It is this loyalty to hate that has kept so many Republicans in the south in power for so long. Due to the Constitution, however, the GOP hasn’t been able to follow through on its veiled plans of hate, xenophobia and bigotry.

It’s this perceived failure that has caused the Southern Strategy to come back and haunt Republicans. Overt racists want someone just as overtly racist as them, and at this point, it seems that only a brokered convention can stop Donald Trump from giving them just that. Of course, this means the GOP would have to ignore those who voted in the Republican primary.

We all talk about how a brokered convention could destroy the Republican Party, but in reality, it would simply signify an end to the harmful, decades-long Southern Strategy. The GOP establishment is no longer able to control the racists who kept it in power, so it’s turning on them.

If we’re lucky, this will result in bigoted individuals abandoning the GOP entirely. Although studies have shown that racists have lower IQ scores than the rest of us, it seems impossible that they won’t finally realize that their opinions don’t matter to the GOP. After all is said and done, turning on the racists with a brokered convention will likely mean the end of the Republican Party.

George W. Bush Might Have Screwed Donald Trump Out Of The Presidency