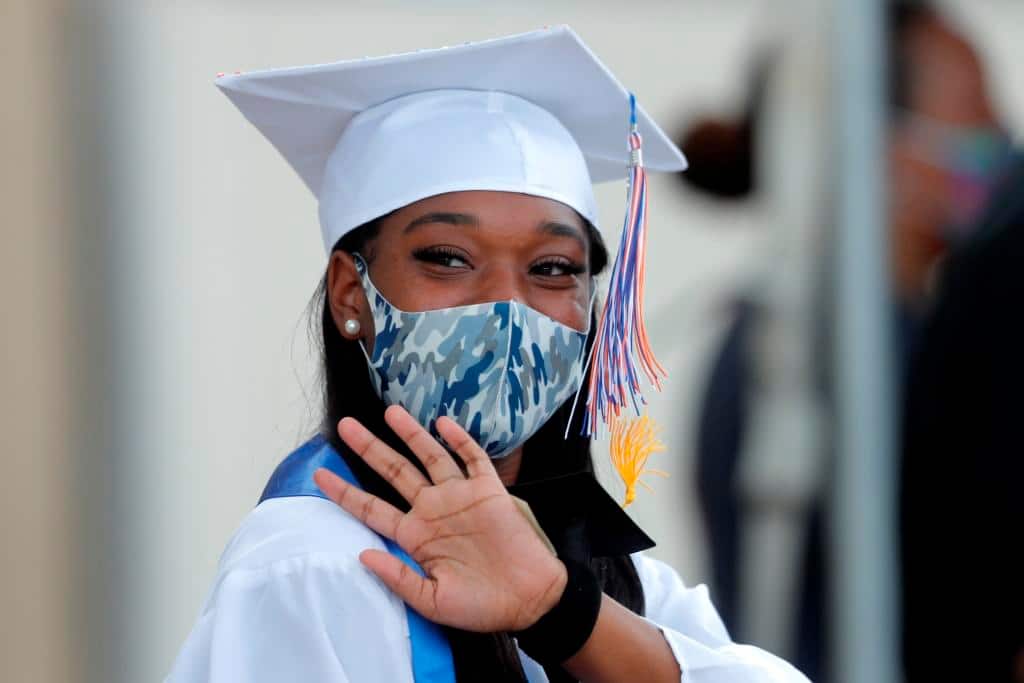 Public Education is under attack in a coordinated, multipronged assault by the Republican Party and its right wing benefactors in what can only be called the Republican War on Education.

The Direct Assault – Defunding The Schools

Having bankrupted his state with tax cuts over the last four years, Kansas’ Republican Governor, Sam Brownback, proposed on Feb. 5th to fill his budget gap by cutting $45 million from Education. That same day in Louisiana, Tea Party favorite Bobby Jindal faced an even larger shortfall, and for the same reason. He proposed cutting education by as much as $300 million. These cuts are more than just the ill-advised application of faulty economics the GOP is famous for; they represent the latest aspect of the Republican War on Education.

In New Jersey, GOP 2016 Presidential hopeful Chris Christie didn’t wait for the state to run out of money. He made attacking the education budget one of his first priorities. In 2009, a millionaire’s tax was allowed to sunset under the previous administration. Democrats proposed to revive it. The tax increase on the state’s top earners would have produced $800 Million in revenue. Christie said it wasn’t needed. Just weeks later, though, he cited a budget crisis and cut the education budget by… you guessed it, $800 million. Five days later, he vetoed the Democratic tax bill.

In Iowa, Republican Governor Terry Branstad resorted to a sleight of hand approach. He cut education funding while appearing to maintain previous levels by inserting $50 million in “teacher leadership” funding which does not go towards the cost of running the schools. So, while it appears he is spending just as much on education as a whole, he will leave 80% of the state’s schools without adequate funding for operations. Bob Cue, Superintendent of North Tama Schools, wrote a guest column in The Gazzette:

“The educational impact will be fewer teachers, counselors and associates working with our children, eliminating educational programs, eliminating fine arts and other activity programs, delaying curriculum and technology purchases.”

Not to be outdone, Koch-supported Wisconsin Governor Scott Walker is proposing a whopping $300 million in cuts to the state university system – while simultaneously proposing $200 million in public bonds to finance a new stadium for the Milwaukee Bucks. Think he knows any good developers?

Defunding public education is not a new phenomenon, nor is it confined to the states mentioned. Compared to 2008, before the onset of the Bush recession, spending on education was down in 35 states. Seven more increased spending by 2.3% or less, not enough to keep up with inflation. That’s more than four-fifths of the country.

Cutting spending on education does not, by itself, make for a war. Especially given the Republican mantra – “Cut Taxes, Cut Spending.” They will cut anything and everything if given the chance. Everything, that is, except the military. And they’d rather not come off as against the idea of education. In the middle of his speech calling for those massive cuts, Bobby Jindal went on lauding about the need for an educated population. So most of their actions are shrouded in language of reform and improvement.

One way the Republicans can continue talking like they want better education for our children while at the same time crippling public education is to divert money from the school budget into Charter schools. Begun as an attempt to find ways to better educate students in places where public schools have a long history of inadequacy, these independently run schools were seen as the great hope for the future. The reality has been quite a different story.

These schools operate free from the influences of the teacher unions, are given free rein to experiment with different methods of instruction and curriculum, and cut out unnecessary levels of bureaucracy. The charters were supposed to present a huge advantage over traditional schools. That advantage has not materialized. What they have been is a drain on the already-stretched resources of troubled schools. Every dollar spent in a charter is one less spent in a regular public school.

In Philadelphia, a city in the midst of a massive shift to charter schools after a takeover of the school system ordered by then Governor Mark Schweiker (GOP), charter schools today are overfundedwhile the remaining public schools go wanting.

Mary Lindquist President of the Washington Education Association, said this about charters:

“Washington’s educators are already offering creativity, flexibility and choice for all students in all public schools. Instead of diverting scarce resources from existing public school classrooms and spending it on unaccountable charter schools for a few students, we should be investing more in the innovative public schools we already have.”

What would be the problem in that, though, if the charters do a better job? Wouldn’t the money be better spent there? Unfortunately, that is not the case. Given plenty of time and opportunity to prove themselves worthy of the funding, charter schools have failed time and time again.

In Ohio, where a state law passed in 1997 allowing charter schools to operate in the state’s most needy district, the Education Opportunity Network said this:

In New Orleans, public schools have been almost completely supplanted by a charter system in the post-Katrina renewal. Proponents of charter schools have hailed it as a shining star for the charter movement. Rick Hess, a spokesman for the conservative think tank American Enterprise Institute, said,:

“New Orleans continues to be the new frontier of school reform, with enormous improvements fueled by the dramatic post-Katrina expansion of charter schooling.”

But detractors disagree. As Salon reported,

“any evidence of the improvement of the educational attainment of students in the New Orleans all-charter system is obtainable only by ‘jukin the stats.’”

“Jukin’ the stats” is a euphemism for massaging the data until it proves things that are not true.

It’s bad enough to pull sorely needed funding from public school systems and throw it away on charters that are no better and often worse. But a study in May of 2014 by theCenter for Democracy & Integrity in Education, a non-profit watchdog organization, looked into reports in 15 of the 42 states that allow charter schools and cited over $100 million in fraud and abuse.

Another way that money can go into the school budget without paying to run the schools is through expansion of standardized testing. There will always be a need for some testing, but under the banner of accountability, standardized testing has grown into a $1.7 billion a year behemoth sucking the lives out of budgets with their direct costs and disrupting the school year in their implementation.

Carol Burris is a former High School Teacher of the Year in NY. She wrote,

“The unintended, negative consequences that have arisen from mandated, annual testing and its high-stakes uses have proven testing not only to be an ineffective tool, but a destructive one as well,”

Critics of testing say the tests add unnecessary stress on students and take time away from instruction. Teachers pressured to improve test scores increasingly alter their planning to teach to the test, instead of maximizing understanding. Worst of all, some say the tests are fraught with bias, making them more a barometer of culture and affluence than of education.

The Left Flank – Attacking The Professionals

Republicans have been attacking unions for decades, and the teachers union is high on their target list. As such, it is easy to discount this avenue of attack, but the two are inseparable. The GOP attack on teacher unions is more than an attempt to negate their political power or to erode the labor movement as a whole. It is an attack on the profession of education.

In this post-George W Bush economy, teachers have been a convenient scapegoat for right wingers in both media and politics who readily point out to workers having a hard time that teachers make more than they do and still get the summer off. Lost from the conversation is the fact that teacher salary increases since 1999 were less than the rate of inflation in that period, or that CEO salaries in the last 35 years have increased 3 times as much as teacher salaries.

Money is tight for everyone these days, and losing ground in salary hardly constitutes a war. Then again, the GOP is hardly content to only go after teachers’ pocketbooks.

Under the guise of “working to improve education,” GOP reforms are going after the teachers themselves. New rules are in place all across the country to increase “accountability” with new standards for evaluation and reform of the existing tenure system. Much of the evaluation system is tied to student performance on standardized tests, putting the same kind of pressure on teachers as those tests do on the students. And since there are already problems with the validity of the tests in evaluating students, this goes for teacher evaluations, in spades.

In a study by Vanderbilt University on offering teachers bonuses based on improvement in test scores, it was found that teachers who were offered bonuses for improving student test results produced no more improvement than the control group. Tying those to evaluations will have the same results.

What it will do, along with other reforms in the teacher evaluation system, is offer administrators a tool to force good experienced teachers — those with higher than average paychecks — into early retirement or even out of the profession, short of that goal.

Between vilifying teachers in the media, chipping away at pay and other benefit packages, and a new evaluation system that empowers administrators who would arbitrarily terminate good teachers to meet their budgets, the teaching profession is becoming less desirable. The only thing keeping enough teachers in the system is a lousy economy, and that’s been improving the last several years. If it continues to do so, filling those mounting vacancies with qualified personnel will prove difficult. Our new higher standards will only exacerbate that.

No war on education would be complete without an attack on the idea itself. Republicans have been doing their best to malign science for years. First they went after the theory of evolution. Since the ’60s, they’ve also tried to discredit research pointing to health hazards from cigarettes and asbestos. Now, the biggest target is Global Climate Change.

Evidence continues to mount against the deniers with 2014 coming in as thewarmest year ever. Climate deniers have reacted by softening their stance. Since they lack a scientific basis with which to bolster their point of view, they preface their comments with “I’m not a scientist, but…” After which, they feel free to offer whatever unsubstantiated malarkey they please. The implication being that their opinion based on ideology alone is just as valid as any scientific conclusion based on data, study and research.

The effect of all of this is to devalue education beyond basic literacy and arithmetic. A population which does not value education won’t fuss when it disappears.

The Republican goal ultimately isn’t to eliminate education completely, but only for those who cannot foot the bill for its cost on their own. Even then they will be happy to leave a vestige of it standing, though diminished, as a conduit through which to funnel our tax money into the coffers of their corporate benefactors. When they are done, education as we know it today will be a privilege for the wealthy.