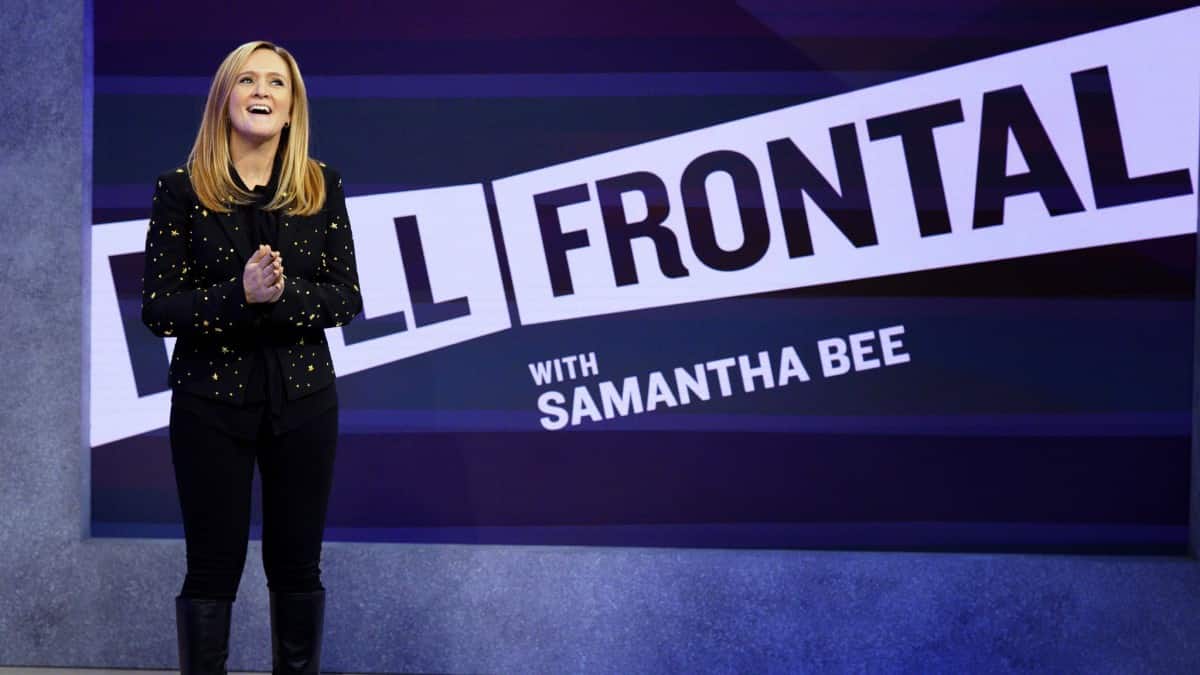 Jeb Bush got trolled Saturday in a hilarious photobomb by young people wearing Republicans for Sanders T-shirts. Some claim these kids wore coats, then unzipped them to reveal the logos on their T-shirts just before CNN reporter Tal Kopan snapped the photo. But the Jeb! campaign insists Bush knew what was going on and posed anyway. Why? Because the idea of “Republicans for Sanders” seemed so danged funny to him .

Alas for the folks on Bush’s lackluster campaign, an awful lot of their fellow right-wingers don’t think Republicans for Sanders is funny at all…In fact, they find it downright threatening. Sure, the Sanders supporters may very well have been liberal imposters who finagled their way in to this weekend’s Republican Leadership Conference on Mackinac Island in Michigan. But they could also very well be the real deal.

The people posing in the photos below aren’t the only Republicans for Sanders. Last month, talk radio host Thom Hartmannpointed out that Republicans from Vermont’s rural and staunchly conservative “Northeast Kingdom” have been voting Bernie into office for decades — almost 20 years in the House and two straight terms in the Senate.

Back in 2000 when Louise and I were living in Vermont, it wasn’t all that uncommon to see his signs on the same lawn as signs that said “W for President.”

Why? Because, as a recent poll by the Progressive Change Institute finds, most Americans agree with Sanders on basic “bread-and-butter” issues. And, despite opposing Sanders and other liberals on “social” issues like race, gay marriage and women’s rights, they’re with Sanders on fixing our economy and our broken healthcare and education systems. In fact, as Hartmann mentions, Sanders’ positions really aren’t that “out there” at all.

And here’s the thing – supporting Social Security, free college, breaking up the big banks, aren’t “progressive” policies, they’re just common sense, and 60 years ago they would have put Bernie Sanders smack dab in the mainstream of my father’s Republican Party.

And, as the right-leaning staff at Twitchy surmise, Republicans for Sanders are only getting play because nobody’s really that excited about Jeb Bush anyway.

Republicans for Republicans aren’t exactly pinning their hopes on Bush to win back the White House anyway.

REpublicans Melt Down Over “Republicans For Sanders” Photo.

It hadn’t even occurred to us that there were Republicans for Bernie Sanders, but they have the T-shirts to prove it, in public no less. Tal Kopan of CNN managed to photograph one of these rare creatures in the wilds of Mackinac Island, Mich.

And sure enough, here he is in his full fall plumage.

And then, Kopan tracked down a whole flock of them with Jeb Bush and snapped a photo, which a delighted Cassandra Fairbanks got hold of and tweeted:

The Republicans For Sanders photobomb tweet was soon followed up by another Bernie fan, Larry Cooper:

REALLY?! Look What Jeb Bush Just Did With “Republicans For Sanders” https://t.co/LzjQyH1ECE pic.twitter.com/uGOYo6P87a

Rumors even went around on Twitter and on Facebook that the Republicans for Bernie Sanders contingent had punked ¡el Jebe!

But no, Jeb Bush’s campaign won’t admit their man isn’t much brighter than his brother. They insist their candidate meant to do it because he thought “Republicans for Bernie Sanders” was funny.

To which Miller snapped back with his waspish retort:

He’s the only one that does RT @Timodc: @redsteeze …he thought it was funny?

@redsteeze Will take your advice into counsel and make sure he refuses any ironic picture requests in the future. — Tim Miller (@Timodc) September 20, 2015

A Cincinnati, Ohio GOP operative chimed in and told Stephen Miller to lighten up:

@redsteeze @Timodc This might be the dumbest thing to possibly get mad at. Relax, Stephen.

Stephen Miller than reminded them of the GOP candidate’s dismal numbers in the last presidential election as a warning:

To which Sagester could only lamely reply:

Man Who Snapped Republicans For Bernie Photo Says He Did *NOT* Troll Jeb Bush.

CORRECTION NOTICE: The person who took the photograph was Seth Zundel, and he says he and his cohorts from Republicans for Bernie did not pull a prank on Jeb Bush at all. The former Florida governor really did pose with them in good fun and has been a great sport about the whole thing. For more details, visit Zundel’s AMA (Ask Me Anything) on Reddit.

My first ever AMA is up! https://t.co/xfqTDygOIL