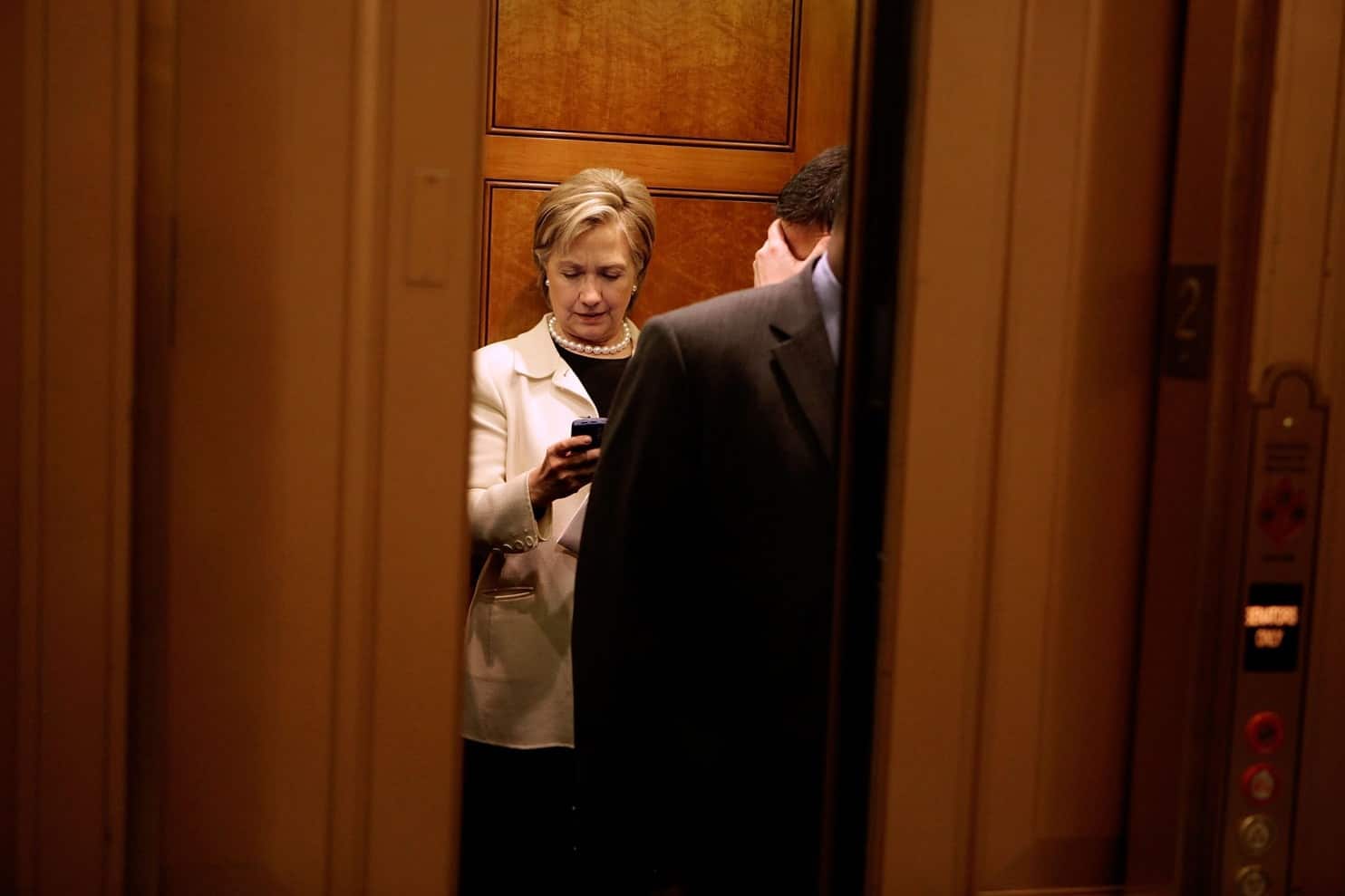 It “may be necessary” to depose Hillary Clinton in the latest round of investigations over the former secretary of state’s emails, Federal District Court Judge Emmet Sullivan observed on Wednesday, NBC reported. The deposition, if it happens, will address the fairly narrow question of whether Clinton and her aides did everything legally required to hand over documents following a Freedom Of Information Act request into an arrangement for top aide Huma Abedin to do outside work while Clinton was Secretary of State. As the Benghazi probe, beginning in 2012 at the height of the last presidential election, has evolved into the emails investigation, the media have dutifully recorded each turn of the screw as one FOIA request after another is filed. But few have explored who is behind the lawsuits, who is funding them, and why.

Related: What The FBI Found In Hillary’s Email Server Will Really Piss Republicans Off

The lawsuit is filed by Judicial Watch, which masquerades thinly as a public watchdog. In fact, as its own literature makes abundantly clear, it is a right wing partisan hatchet organization that uses transparency laws and the unlimited ability to sue, to go on fishing expeditions against high-profile Democrats, as well as the occasional Republican who fails to toe the line. Judicial Watch was founded by Larry Klayman, whose recent work includes standing on the steps of the WWII Memorial in Washington D.C. in 2013 addressing a crowd, calling for a “revolution … to demand that this president leave town, to put the Koran down…” as Southern Poverty Law reports.

Klayman founded Judicial Watch in 1994, the year Ace of Base took over the radio with Don’t Turn Around, and the Republican Revolution took over Congress with Newt Gingrich’s Contract with America. The political inquisition that began in earnest that year under special prosecutor Ken Starr, wound through Whitewater and other supposed scandals, until arriving at Monica Lewinsky’s dress. President Bill Clinton was impeached for lying about an affair by men who were also having affairs, including Dennis Hastert, who is now heading to prison for serial child molestation, and illegally structured payments bribing victims.

Klayman’s Judicial Watch was lurking behind the curtain during the political inquisition of the mid-90s. During the Clinton Administration, under Klayman’s leadership, Judicial Watch “filed at least 18 lawsuits between 1992 and 2000 against the president, first lady, and other administration officials,” according to SPLC. Most of his suits were dismissed, with rulings from judges like, “there’s no ‘there’ there.” Despite wasting valuable judicial time repeatedly, he was accepted into the ranks of far right conservative luminaries like Phyllis Schlafly’s anti-feminist Eagle Forum and the Islamophobic WorldNetDaily.

Klayman left Judicial Watch in 1998, and later sued his former organization. The same year, he sued his own mother seeking damages from medical care he provided for her mother. After leaving Judicial Watch, Klayman represented Gennifer Flowers, and a businessman who both sued Hillary Clinton. He launched a US Senate campaign in Florida, in 2004, promising to be Hillary Clinton’s “worst nightmare,” which is oddly specific, since Clinton was the Senator from New York. During that campaign, The Nation investigated whether Klayman had aggressively skirted campaign finance law, noting the irony that he had hounded the Clintons for corruption for years. In his 2009 memoir Whores: Why and How I Came to Fight the Establishment, Klayman

proudly described himself as part of the “vast right-wing conspiracy” (his words and Hillary Clinton’s) that plotted to “remove [Bill Clinton] by whatever legal and ethical means were necessary.”

In 1998, former conservative radio host Tom Fitton took control of Judicial Watch. Despite the fact that Fitton and Klayman sued and countersued each other in 2006 for control of Judicial Watch, they share the same far right ideology, and the same vision of using the organization for aggressive litigation against prominent Democrats. In 2013, Fitton gained notoriety by peddling the debunked conspiracy theory that President Obama sent a small unit from the Justice Department to organize protests and rallies against George Zimmerman in Sanford, Florida, following the shooting death of unarmed teen, Trayvon Martin.

Under Fitton, Judicial Watch’s hounding of Hillary Clinton entered its most aggressive phase since the 1990s on October 18th, 2012, about a month after the attack on the US consulate in Benghazi, Libya, and less than a month before the presidential election. Judicial Watch asked the US State Department to hand over “any and all” communications regarding “talking points” about the attack provided to Ambassador Susan Rice by the White House or “any federal agency.” The original sticking point of the Benghazi conspiracy theory, first advanced by the Mitt Romney campaign, was that the White House spun the nature of the attack to protect its national security narrative at the height of the election. The idea that Clinton ‘didn’t pick up the phone’ or issued a ‘stand down order’ evolved later, as Republicans continued to use the tragedy for political ends. Judicial Watch accused the State Department of not complying, and filed a FOIA suit.