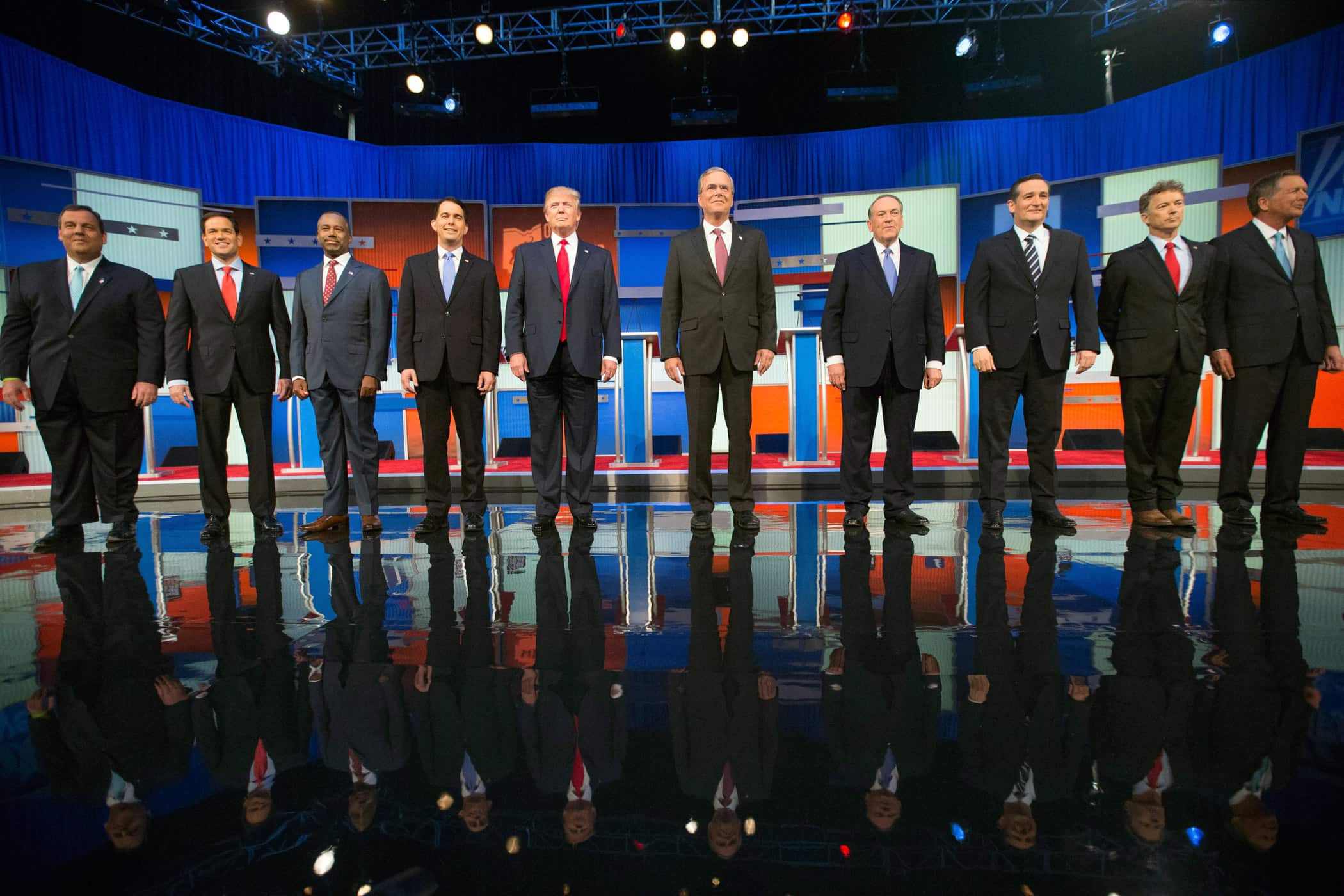 The first GOP presidential debate is happening this Thursday on Fox News, [update: it’s over, but the video is below] with the top 10 Republican candidates duking it out on stage. But while watching the Republicans pile out of a clown car and attempt to out-crazy each other might be entertaining enough on its own for some people, others might require a bit of liquid motivation to get through the ordeal in one sitting. Well, don’t worry folks: your friends at Reverb Press are on the clock and here to help get you through your evening, with our official 2016 GOP presidential debate drinking game!

NOTICE: Playing this drinking game may result in extreme, irreparable physical and psychological damage, up to and including death. Please drink responsibly, and know that Reverb Press claims no responsibility for anything that happens before, during, or after playing this game, including, but not limited to, nausea, vomiting, violent hangovers, bizarre nightmares with Ted Cruz dressed up like the clown from Stephen King’s “It,” spurts of unexpected racism, unfortunate voice mails left on your ex’s phone, and/ or brainwashing that converts you into a birther nutcase. The only guarantee we have is that this game will definitely make you black-out drunk before the end of the debate.

Drink ONCE any time a Republican candidate:

FINISH YOUR DRINK and open the next one any time a Republican candidate:

Now, watch the debate replays, in order, and laugh, worry, and get soused: