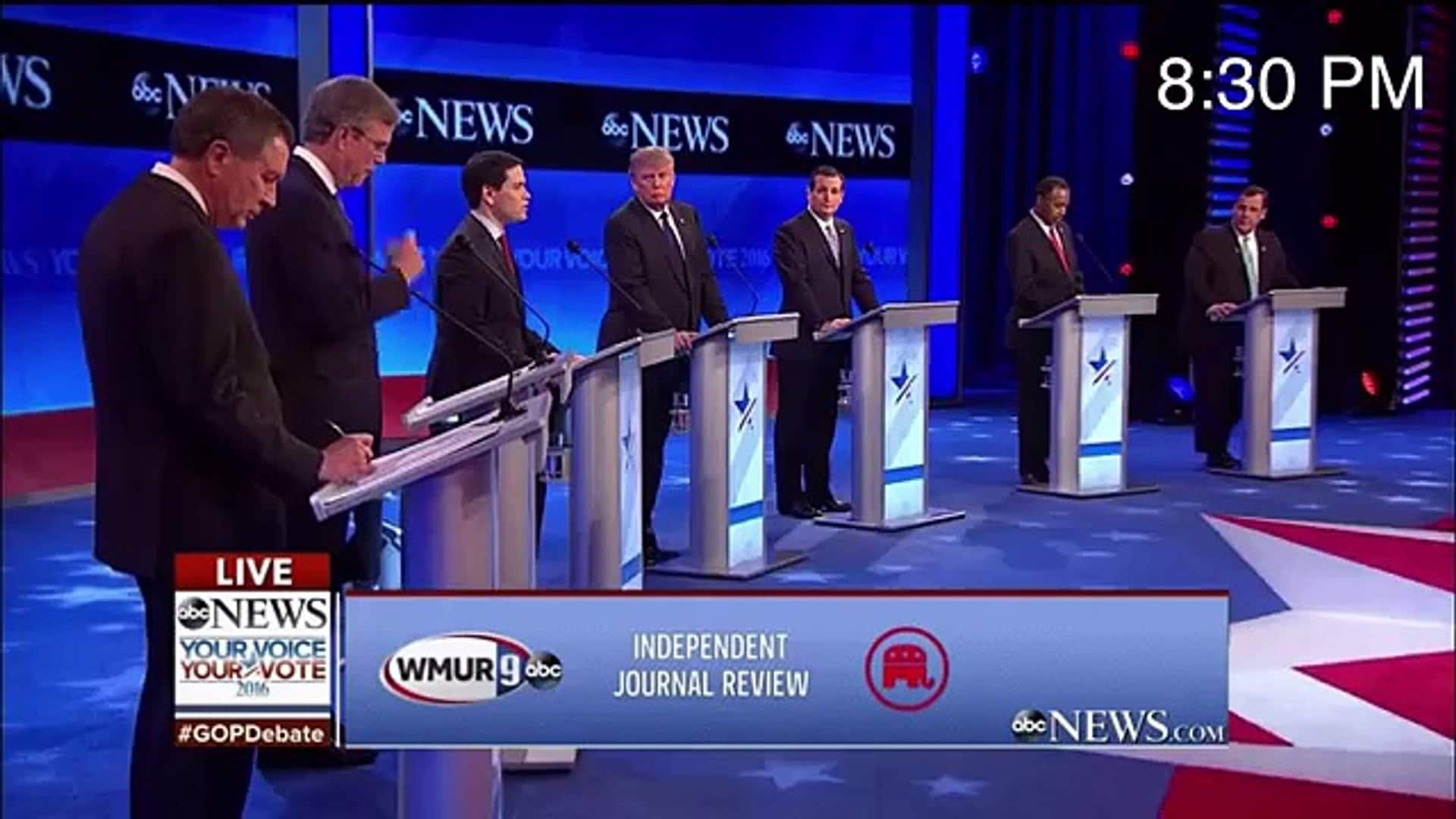 Marco Rubio did it again. Robo-Rubio is apparently only programmed with a handful of lines, and he repeats them over and over. That is the dominant impression that skittish Republicans have of him now. This is a disaster for him, as he was on pace to rise to a strong second place against Donald Trump, and leave all the other establishment candidates in his dust, in New Hampshire. Now his supporters are jumping ship, according to anecdotal evidence, which is the best evidence likely to be available before the primary on Tuesday.

The damaging perception that Robo-Rubio repeats scripted lines came from a catastrophic debate performance on Saturday. Chris Christie accused him of doing nothing but giving speeches. Christie particularly skewered him for delivering a canned 25-second speech. This was after the first time Rubio orated a very pat defense of a first-term Senator’s qualifications for president. Marco’s argument was that Obama was qualified but is bad at being president, while he, Robo-Rubio, is qualified but will be good at it. Inexplicably, Robo-Rubio then repeated the same speech again, and again and again. Christie pointed at him and mocked him while he was delivering it, but he was so determined to repeat it that he plowed through the mockery and boos it elicited. All told, four times in less than an hour, he spoke some version of,

At a town hall in Nashua New, Hampshire, Robo-Rubio, trying to “dispel with” the notion that he’s a robot who merely repeats scripted lines over and over, did exactly the same thing again, Monday night. This wasn’t even under the pressure of a debate with a Jersey bully blowin’ hard in his face. He “had the floor” as it were. Rubio said,

The two sentences sound like slight variations on the exact same message. And he delivers the second one not for emphasis, but as a highly scripted line that got repeated in a glitch of memorization. As he repeats “ram down our throats” in the middle of the second sentence, a look of “wait, what?” flashes across his face, but Robo-Rubio can’t seem to pinpoint in the moment where he’s going wrong. It was very reminiscent of George W. Bush stumbling through the expression, “Fool me once…”

Watch Robo-Rubio Short-Circuit And Repeat The Same Line Over And Over YET AGAIN: