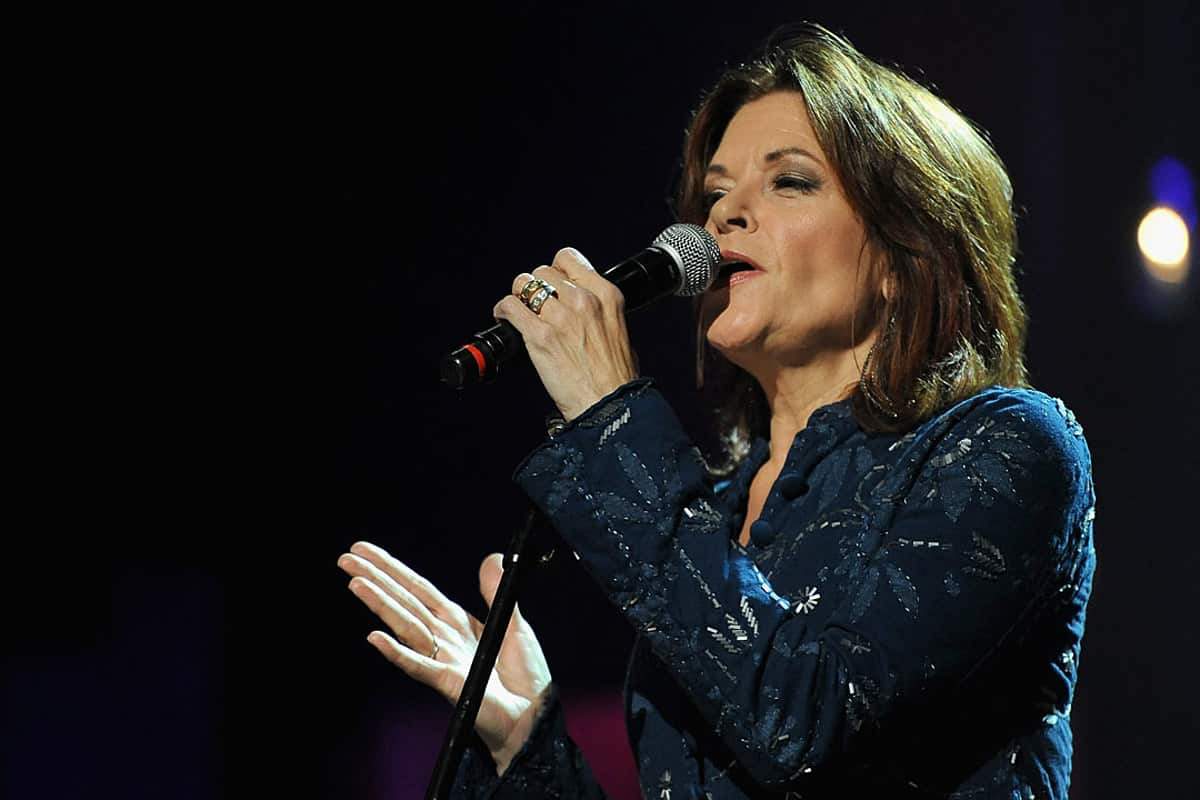 After the mass shooting that took nine lives at Umpqua Community College, singer Rosanne Cash posted a petition on her Facebook page asking her fans and followers for support to reinstate the 1994 federal ban on assault weapons.

“If you are as sick of gun violence in this country as I am, then let’s stop talking about it and just do ONE simple thing. Today. Sign the petition on the White House website to reinstate the 1994 federal ban on assault weapons. I’m proud to say that my daughter [Chelsea Crowell] created the petition on the new ‘We, The People’ feature. We need 100,000 signatures for it to be reviewed. Please sign. It’s a very, very small step, but a first one.”

Immediately her comment section was deluged with comments from fans against gun control.

Megan Lindsey-Smith replied, “If only the innocent people sitting in the “gun free zones” had a gun to defend themselves instead of being sitting ducks!!! Because that criminal sure obeyed that “gun free zone” sign!!!”

Before berating Rosanne Cash it would have been wise for Smith to have done a little research before belittling Ms. Cash, because the state of Oregon has a ban on gun free zones, even at community colleges like Umpqua.

Mark Allen Groves posted, “Rosanne, how many automobiles are in prison for vehicular homicide? Sound ridiculous? Why? Once again, the knee-jerk reaction is to ban an inanimate object, and not hold the PERSON responsible for his evil actions. It’s really a silly argument on your part.”

Groves is correct, there was no assault weapon used in the shooting. However, on his position against knee-jerk legislation regarding vehicle manslaughter, according to Dui Driving Laws:

A defendant can be charged with neglect of an operated motor vehicle that has resulted in someone’s death, and can face jail time. Charges vary by state from the criminally negligent homicide, second-degree murder, or manslaughter depending on the defendant’s conduct.

The barrage of negative comments did not intimidate Rosanne Cash. In a third post, Rosanne Cash addressed other preventable legislation. Seemingly, she does so to question the outrage of anti-gun control advocates against the outcome of laws by so-called “solutionists.” For example, 34 states require drivers and passengers wear seat belts. The CDC reports that since 1975 up to 255,000 lives have been saved compared to 50,000 prior to the law.

Mila B. Newton posted to Rosanne Cash,  “Sure. Let’s ban assault weapons and then the Mexican drug cartel will have another item to bring in through open borders for their market…sorry, but I’ll keep mine…I may need it…” and “Gun free zones are nothing but an open invitation for killers and terrorists.”

Never mind that Mexicans and terrorists had nothing to do with the mass shooting in Oregon.

“Assault weapons are not the problem. How about we ban Islam here in America [?]” Islam was not involved in the mass shooting either.

Thankfully, Rosanne Cash was not weakened by the anti-gun control comments, stating:

“I feel as strongly and as passionately about this issue as all of you, but I won’t stoop to insults. Please, do unfollow or unlike if you can’t maintain basic courtesy.”

“Dear Followers and Likers– if you can’t maintain basic courtesy on my page, please allow me to show you the door. This is my page and I do have a right to my beliefs and convictions, as all of you do. I was raised to have the courage to stand behind those convictions and it’s too late in life for me to sacrifice my integrity by keeping the most passionate of them secret. Those who tell me to ‘stay out of politics and stick to music’, or, in other words ‘keep your mouth shut’ are perhaps so obsessed with the Second Amendment that they haven’t noticed the First.”

“If you can make a compelling argument why we have laws requiring safety locks on medicines to protect children, but no law requiring a safety lock on a gun, I’d like to hear it. If you can make a compelling argument why a mentally disturbed youth should be able to easily stockpile military-grade weapons because of loopholes in the law and no background checks, please– go ahead. I’d like to hear an articulate and reasoned logic behind that thought.” And “The Constitution is a living document– if it hadn’t changed since its inception, I personally would not be allowed to vote. The language ‘well-regulated militia’ doesn’t equal ‘mentally ill person with stockpile of automatic weapons’ in my interpretation, but if you believe the amendment extends to that, then I believe Congress needs to amend the amendment, as it has done before in other cases.”

I love that Rosanne Cash refused to back down. In the age of political correctness targeted at celebrities, it’s refreshing to see an artist take on the opposition directly and to do so respectfully. The fact is fans forget artists have the right to an opinion, including an opinion on hot button issues. Freedom of expression applies to all Americans, and shockingly but not shockingly, artists make use of it the most. Go figure.