Christmas Is Right Around The Corner, And Everyone Knows That One Trump Supporter

The only thing worse than Christmas shopping during the holiday season is Christmas shopping for a Trump supporter. Everyone knows at least one of them. Heck, they’re probably a family member. You know, the asshole who ruined Thanksgiving a few weeks back and occasionally posts quasi-bigoted-Trump-nuggets to your social media walls, prompting you to excuse their shitty behavior to several friends who can’t figure out why you talk to that person to begin with? That clown.

Getting Christmas gifts for a Trump supporter that they’ll actually like is pretty easy, isn’t it? Truck nuts, clothing with American flag patterns, Joanie Loves Chachi on Blu Ray… you don’t need to be all that creative, really.

But given the current political climate in this country, the hot mess of a Trump Presidency, and the high potential for thermonuclear war (hey, world leaders? Please avoid dick jokes while on the phone with The Donald), I think we all owe it to the human race to make our gifts to Trump supporters a little more thought-provoking.

Here are ten gift ideas for the Trump supporter in your life. Any one of these will make them a better person, the one additional caveat here being that most of these gifts do involve some degree of reading. And let’s be honest: if these people were big readers, they wouldn’t have voted for Donald Trump to begin with, you know? But hey, it’s the thought and the effort that count, folks. At least by giving them one of these gifts, you can honestly say you tried.

1. Anything branded with the Trump logo. At first, the Trump supporter will think of it as a thoughtful gift, but what you’re actually handing them is a ticking time bomb. Give them a few minutes to hold the Trump product. To examine it. To discover that it was manufactured in one of those countries Trump so frequently bashes during interviews and late-night toilet-Twitter sessions. When that product ultimately breaks after just a few minutes of use, it might just burst the information bubble within which a person can think of Donald Trump as “presidential.”

3. A copy of the United States Constitution. Conservatives love to ramble on about the Constitution. Want to try something fun? The next time you hear them doing that, ask them to tell you about the third amendment. I love breaking out that party gem and watching brains burst into flames. No one seems to know what the third amendment even is, as sad as that is. Anyway, give them a copy of the Constitution. I mean, if they’re going to talk about it that much, they may as well actually read the thing, you know?

4. A trip to any foreign country other than Canada or Mexico. Looking to spend a little more money than usual on their gift this year? Send the Trump supporter abroad on a short vacation. Hopefully this will provide them with a bit of cultural exposure and convince them that the rest of the world isn’t really as scary as Trump makes it out to be. Just be aware that you’re facilitating headaches in those foreign countries, when your Trump supporter shows up at a restaurant in Paris demanding the wait staff speak English (well, “American”), accept our currency, and listen intently while they rattle off jokes about how cowardly France is.

5. Any book about civil rights. Any historical book about MLK, or Malcom X, or Selma, or literally any other examination or biography involving the civil rights movement. Should the Trump supporter actually read it, there’s a chance they might actually learn something about the black experience in America and the struggle undergone in the past century to try and elevate our African American populace to an equal footing with white America. That, or the book will be used as a coaster. These are Trump supporters we’re talking about here, so It’s a coin toss.

6. “All American Boys” by Jason Reynolds and Brandon Kiely. A remarkable book about a black kid who is wrongly accused of stealing and is beaten up by a cop, all while a white kid watches in horror and then struggles with the weight of what he witnessed. If there’s a single book on the market that perfectly illustrates why the Black Lives Matter movement is so necessary and why this issue of police brutality is one we should all be discussing, this is it. Those people who bash Black Lives Matter or chant “all lives matter” in response are missing some perspective. Give it to them.

7. “The Reluctant Fundamentalist” by Mohsin Hamid. A thriller about a Pakistani man sitting in a café with a mysterious American figure, telling him about his experiences living and working in America. A typical Trump supporter will start the book thinking “Hah! A Muslim who admits what I’m afraid of is real!” But no, it’s not that. It’s not that at all. I’m not sure if there’s a better book out there to inform the less initiated that people in other parts of the world see the world differently than we do, but I know this is a good one, and a hell of a great story on top of that.

8. “Just Like Us: The True Story Of Four Mexican Girls Coming Of Age In America” By Helen Thorpe. Okay, the last book, I promise! Just Like Us tells us the story of four Mexican girls living in Denver, Colorado. Two of the girls have legal documentation, and the other two are undocumented. While all four work hard to get into college and chase after the American dream, a Mexican immigrant murders a cop, creating an intense debate these kids have to live inside of and alongside. Hopefully, the Trump supporter reading this will learn a few things about immigrants, and perhaps fear them and hate them that much less as a result.

9. A subscription to The New York Times. The key factor in convincing someone to vote for Donald Trump? They either don’t pay attention to the news whatsoever, or only follow right-wing news. Exposure to other news sources is often the catalyst that prevents someone from making a regrettable, unfortunate mistake in the voting booth. Perhaps a subscription to the New York Times or some other real news source might help them avoid such things down the road. I’d suggest giving them a tablet with the Reverb Press app ready to go on it, but hey, baby steps!

10. Idiocracy on DVD/ Blu Ray. If there’s a single movie that perfectly sums up the direction America is heading in — now more than ever thanks to the Donald Trump — it’s Idiocracy. This Mike Judge classic from 2006 tells the story of an underachiever and a prostitute who time-travel 500 years into the future. In that time, smart people bred less, and stupid people bred way too much, and as our civilization abandoned respect for intellect, America became a country that celebrates stupidity, brief slogans, and general immaturity. It’s an America where the least informed make the most decisions. It is… well… Trump’s America. Last year, I wrote about how that movie is becoming a documentary. I stand by that theory more than ever today. Perhaps directly showing this movie to Trump supporters will make them realize the horrible mistake they’ve made? Probably not, but it doesn’t hurt to try. 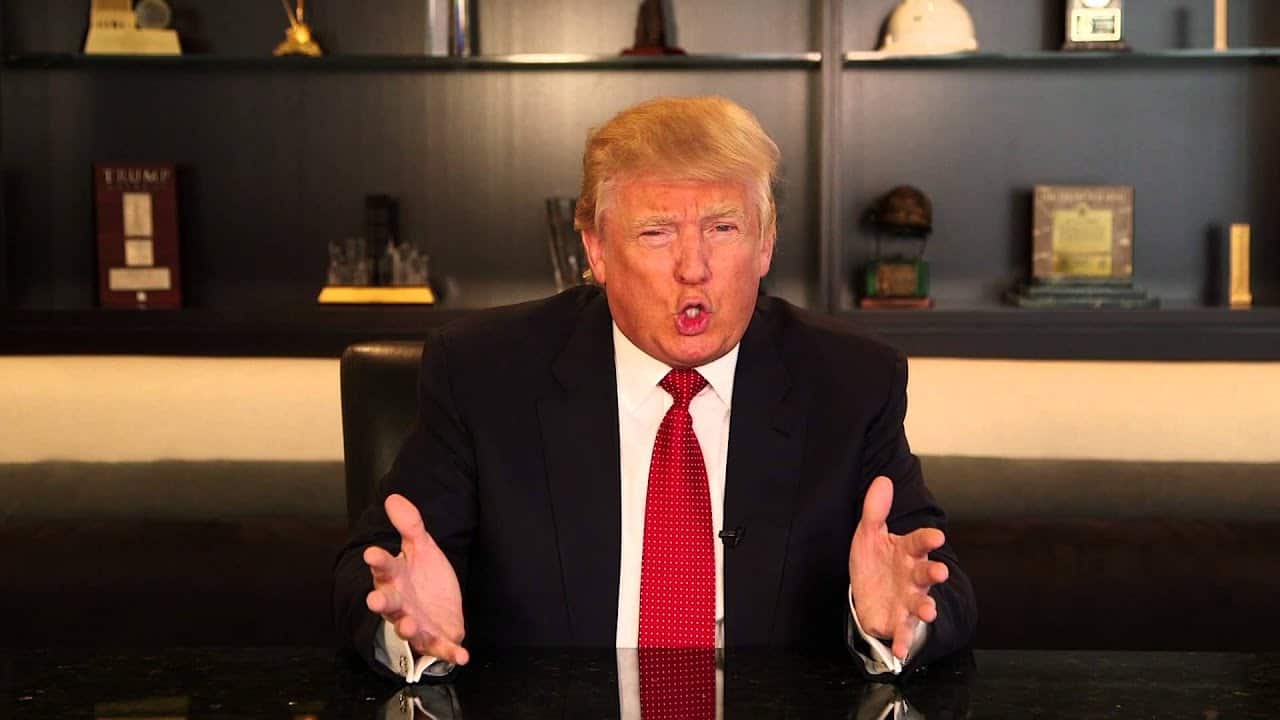 Is Donald Trump Really A Fascist? His Authoritarian Behavior Isn’t Doing Him Any Favors It’s been perhaps the most popular...