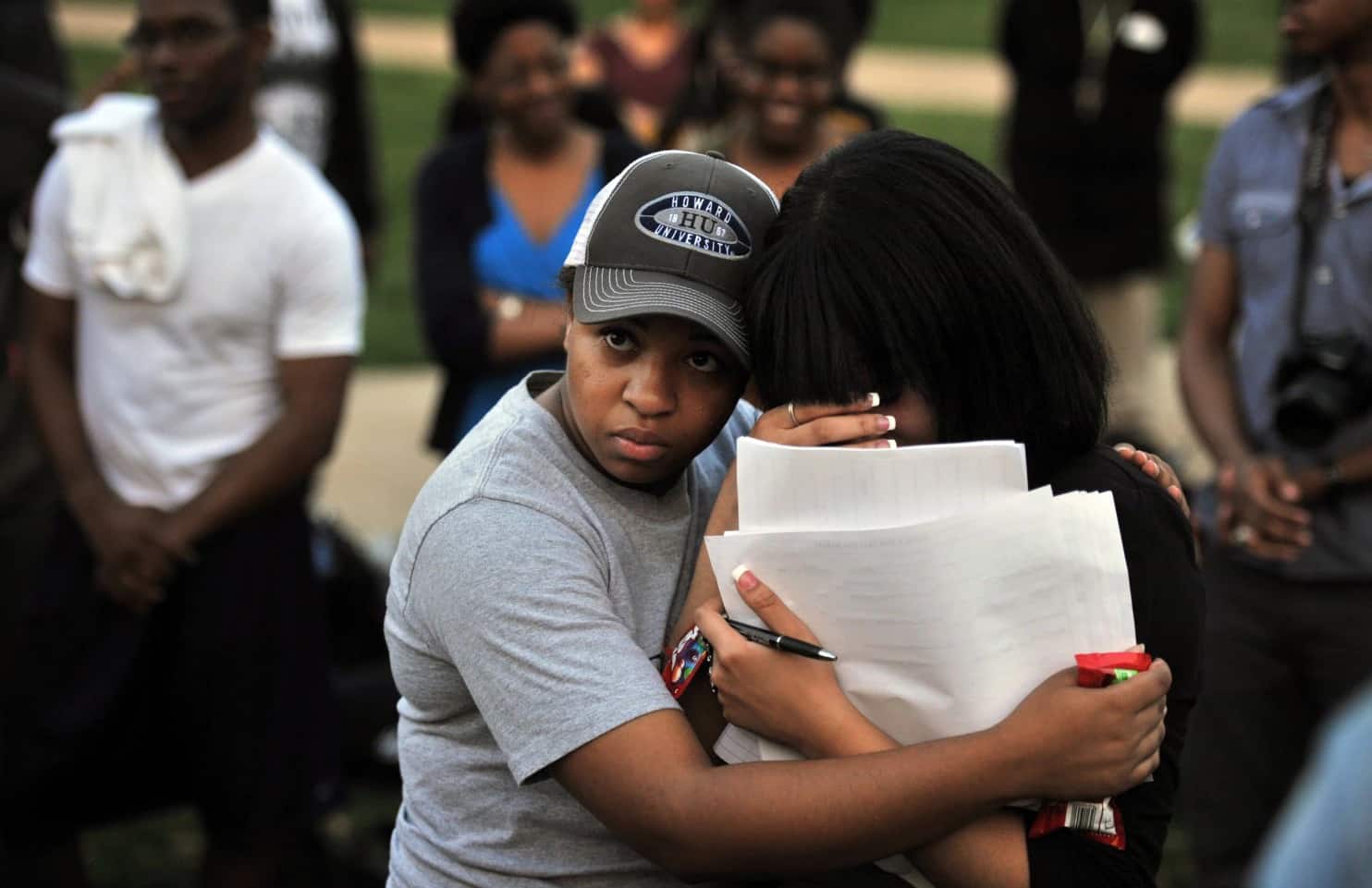 Donald Trump Needs A Running Mate, And George Zimmerman Could Use A Job

I want you to close your eyes for a moment. Well, wait, read this paragraph, then close your eyes. Still with me? That was a close one. Okay… I want you to imagine a stereotypical Donald Trump supporter. I want you to try and get into that person’s headspace. Think the way they would think, just for a few moments. Okay, close them now. Back? Now tell me what that person would have to say about George Zimmerman.

For those of you who don’t remember the details surrounding the Trayvon Martin murder, let’s do a brief recap:

Seventeen-year old Trayvon Martin went to the store to buy Skittles. On his way home, he’s spotted by George Zimmerman who, probably while humming the Team America: World Police theme song to himself, began chasing after Martin, because a black kid in a hoodie? Definitely a criminal, right? So anyway, Zimmerman finally catches up to Martin. Martin defends himself, armed only with those aforementioned Skittles, and beats Zimmerman’s goofy, racist ass up. Zimmerman, having just lost a fist-fight with a 158-pound teenager, pulls out his gun and shoots and murders Trayvon Martin. And later, he’s acquitted of all charges. Why? Because Florida.

Since Trayvon’s murder, George Zimmerman has repeatedly made the news, mostly for violently assaulting people and generally being a worthless scumbag. This week, Zimmerman managed to weasel his way into the media’s headlines again, after brazenly putting up for auction the pistol he used to murder Trayvon Martin.

Enter America’s other globally-nefarious, belligerent, racist, worthless asshole, Donald Trump. The Trump campaign, which inexplicably won the GOP primary recently, has been on the lookout for a potential running mate. Some big names have been floated for the job, too: Rick Perry, Newt Gingrich, Chris Christie, Ben Carson, and many others.

But Donald Trump’s presidential run has been defined by his unpredictability and his penchant for dramatic shock-moments. Picking someone like Perry or Gingrich is a little too humble, a little too basic, for Donald Trump. He needs a Veep that will surprise the ever-loving hell out of America. One that would make his supporters shout MURKA! at their televisions when they hear the announcement. A running mate that might actually make Donald Trump look sane by comparison. And if he goes that route, I defy anyone to name someone more suited to the job than George Zimmerman.

So far as any of us can tell, Donald Trump’s objective in 2016 is to win the general election while also managing to piss off as many people around the planet as possible. He’s the prince of darkness, or perhaps, the prince of orangeness, and he doesn’t give a crap who he offends along the way. He feeds on our collective outrage. It makes him stronger. Choosing George Zimmerman? That might just make him immortal.

So in this election year where anything and everything seems possible, where Donald Trump spurs on his army of Neanderthal thugs, who view everything in absolutes, by persistently showcasing that he’s America’s purest of pure ass-clowns, try to remember one thing: Donald Trump always has something left in the tank. He can always find a way to surprise us, and on a scale of Trump bigotry, we’re only at a four right now. Picking George Zimmerman to be his running mate? That’ll only get us up to maybe a five or a six. Brace yourselves, America… a lot more stupid is coming.