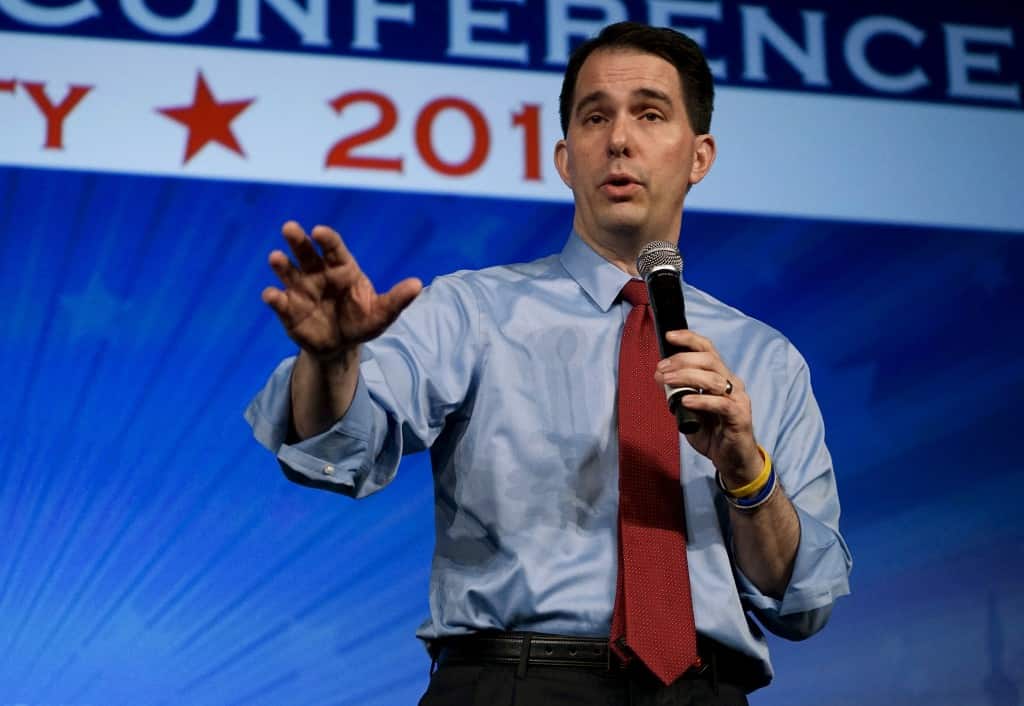 As we wrote yesterday, when Scott Walker rejected the bid of the Menominee tribe to open a casino in Kenosha, Wisconsin, he showed the world exactly how far he was willing to go in service of his presidential ambitions. The rejection of the casino gives Walker an advantage in Iowa, where he is battling Rand Paul for the votes of the far right. But beyond the simply political, there seems to be another layer to the story: revenge.

Let’s flashback to 2011. Gogebic Taconite, a Florida-based subsidiary of Cline Resource and Development Group, is interested in extracting taconite in the Penokee Hills of Wisconsin. Doing so would involve a massive open-pit mine, and getting it past Wisconsin’s strict regulations would prove tricky. The general public sentiment is hugely opposed to the idea. Among those opposed are all 11 of Wisconsin’s Native American tribes, including the Menominee.

In 2012, Scott Walker attempted to force through the deregulation of Wisconsin’s mining laws, to make way for Gogebic Taconite’s environmental devastation. It narrowly failed. And then Walker, thanks to massive support from the Koch-funded Wisconsin Club for Growth, survived a recall election that he deserved to lose. And who donated $700,000 to the Wisconsin Club for Growth? You guessed it – Gogebic Taconite. Having weathered the storm of the recall, Walker helped Republicans cement their control of the state senate. And in early 2013, after holding only a single public hearing – where tribal representatives again vigorously opposed the measure – Wisconsin mining regulations were rewritten, opening the way for Gogebic Taconite’s $1.5 billion open-pit mine. A solid return on that $700,000 investment, to be sure. That stench of corruption in the air? Soon to be replaced by the good clean fumes of mining.

And then we turn back to the Menominee casino proposal, which was approved by the Department of the Interior in August of 2013. The only remaining hurdle was Governor Scott Walker. To say that proposed casino would change the lives of the Menominee tribe would be an understatement. The Menominee are not just the poorest tribe in Wisconsin, they are one of the poorest tribes in the nation. 25% of Menominee households are below the federal poverty level. 10% of households lack even a working telephone. Unemployment hovers at around 10%. In the Menominee Tribal School, closets are repurposed as offices.

The casino could have changed all of that, generating $101 million in revenue for the tribe by its fifth year of operation, and changing the fortunes of this impoverished tribe. Unfortunately, it all depended on Scott Walker who, Menominee opposition to mining deregulation fresh in his mind, chose to take his sweet time in reviewing the proposal before decisively rejecting it. It is an act of political vengeance that would not be out-of-place in Chris Christie’s New Jersey.

It’s a simple game of follow the money. Gogebic Taconite donates $700,000 to the Wisconsin Club For Growth, the Koch brothers backed group which was instrumental in helping Walker survive the 2012 recall election. In 2013, Walker pushes a bill that massively deregulates Wisconsin’s mining industry, over the objections of the Menominee and other Native American tribes. And then Scott Walker drags his feet on the Menominee casino, an enterprise that would have offered clear economic benefits to the state, until finally rejecting it this January.

And now, after all the yelling has died down and the damage been done, Gogebic Taconite has quietly closed down its Wisconsin operations. So, in the end, all the sound and fury has resulted in no net gain for Wisconsin. There will be no new jobs, either from the mine or the casino. But Scott Walker has had his revenge and, in the process, ingratiated himself to Iowa’s conservative voters. It’s a win-win for Walker, and a loss for basically everyone else. Unfortunately for the Menominee, in the casino of Scott Walker’s politics, the house always wins.

This six part series began with my analysis of the crude political calculations that may have led Walker to kill the casino. My colleague, Marc Belisle discusses the dire economic impact of Walker’s decision on the Menominee tribe. In the next part, Belisle takes a deep look into the role played by Iowa caucus “kingmakers” and anti-gambling activists in Walker’s decision.