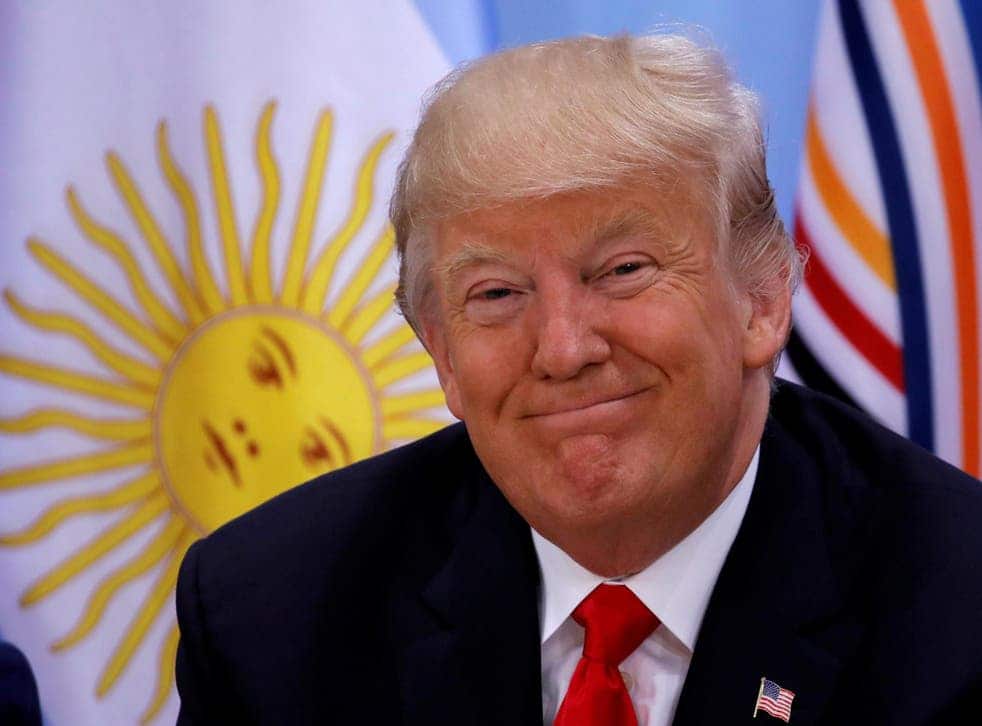 Donald Trump is a racist, sexist, belligerent, bullheaded big-mouth. He’s also the presumptive Republican nominee for President, fueled entirely by an army of supporters who like him for all the wrong reasons. But let’s not mince words here: Donald Trump would, without question, be the absolute worst President America has had to endure in the lifetimes of any living people on this planet.

Are you doubtful? Are you finding it hard to believe anyone could top George W. Bush on a list of the worst presidents in living memory? There are quite a few obvious, clear-cut signs that “President Trump” would be worse than Bush, so let’s examine those, shall we?

He talks like a third-grader… literally!
America tried that whole “inarticulate President” thing with Bush. It didn’t really work out too well for us, remember? Donald Trump speaks with a third-grade literacy level. That’s not a cheap insult… it’s a scientific fact. Most presidents in the 20th and 21st centuries have spoken, on average, with a 9th grade to 12th grade comprehension level. George H.W. Bush holds the record-low from a speech on January 28th of 1992, with a score of 7.2. It’s a good thing for presidents to use language most Americans can comprehend, but third grade? Trump would be running a country, not a game of Pokémon.

He never really explains how he’s going to do anything
Trump doesn’t really have a treasure trove full of ideas, so much as an old musty pillowcase full of kneejerk assertions. He knows he wants to get rid of Obamacare, but what will he replace it with? “Something Terrific,” he claims. No plans, no ideas, no comprehensive walkthrough of what he dislikes about Obamacare or what, if anything, could be salvaged from the historic legislation… he just wants to get rid of it and replace it. He hasn’t really released comprehensive plans for any facet of his would-be presidency. He did release a “plan” on illegal immigration, if you want to call it that, consisting of just two words: mass deportation. Not the most brilliant thinker around, that Trump.

He has no experience
Donald Trump has never once served in a government job of any sort. Some of his supporters think this is a good thing, but trust me here folks… it’s definitely not. If “President Trump” would hope to get anything done, he’d need to fully comprehend the inside-baseball of Capitol Hill, which as far as anyone can tell, he doesn’t. How would Trump negotiate with Congress to see his agenda pushed forward? How would he work with both parties to get things done? You can’t just walk into the room and make arrogant demands. That’s not how it works.

He’s a bully with the media
What Donald Trump said about Megyn Kelly was unforgivably atrocious. He’s a two-bit misogynistic Neanderthal thug. But this isn’t the only time Trump has had it out with the media. In almost every interview He’s ever given, Trump has belligerently accosted his interviewers, slammed their networks, claimed bias where there rightfully wasn’t any, and even sued Bill Maher in 2013 for $5 million, after Maher jokingly compared him to an orangutan. Do we really need a President who bullies and threatens the media when their dialog doesn’t suit their demands?

He doesn’t care that you disagree with him
Probably the most frightening thing about Trump is that he considers himself to be 100% correct about everything that crosses his mind, with no wiggle-room for constructive debate. He lives in a headspace of absolutes, where everything is exactly white or exactly black. Politics, meanwhile, is about as gray as gray can get. Progress only happens when some level of compromise is maintained. But for Trump, the word “compromise” isn’t in his vocabulary, either metaphorically or, as we discussed earlier, literally.

He’s gone bankrupt four times
On four separate occasions, Donald Trump has intentionally gone bankrupt, later claiming that those bankruptcies weren’t failures on his part, but strategic business decisions to help him make more money. So at best, he’s lying and bad at business, but at worst, he’s intentionally manipulating the system for personal gain. Either way, what makes you think he knows how to handle an entire economy?

He’s a terrible Christian
I genuinely couldn’t care any less what religion a person belongs to. I don’t think religion has any place in politics, and certainly should not play any important role in government or politics. But America’s conservatives are obsessed with religion, with these GOP candidates perpetually attempting to “out-Christian” each other. It’s quite common to hear conservatives rant about Obama not being “Christian enough” for their liking. Why, then, are they all clamoring to get Trump elected? Trump has been divorced twice and married three times, and recently made some controversial remarks about his Church visits. It’s probably difficult for Donald Trump to talk about God, though, at least when not speaking from a first-person perspective.

We could go on here, but there isn’t much of a point. The simple, undeniable fact is that Donald Trump has proven consistently that he would make a terrible President. There aren’t any arguments for a Trump presidency that justify his taking the oath of office. And if you still think Donald Trump would make a good President, do everyone in America a favor: stay home on election day. You simply aren’t mature enough to be making these sorts of decisions.