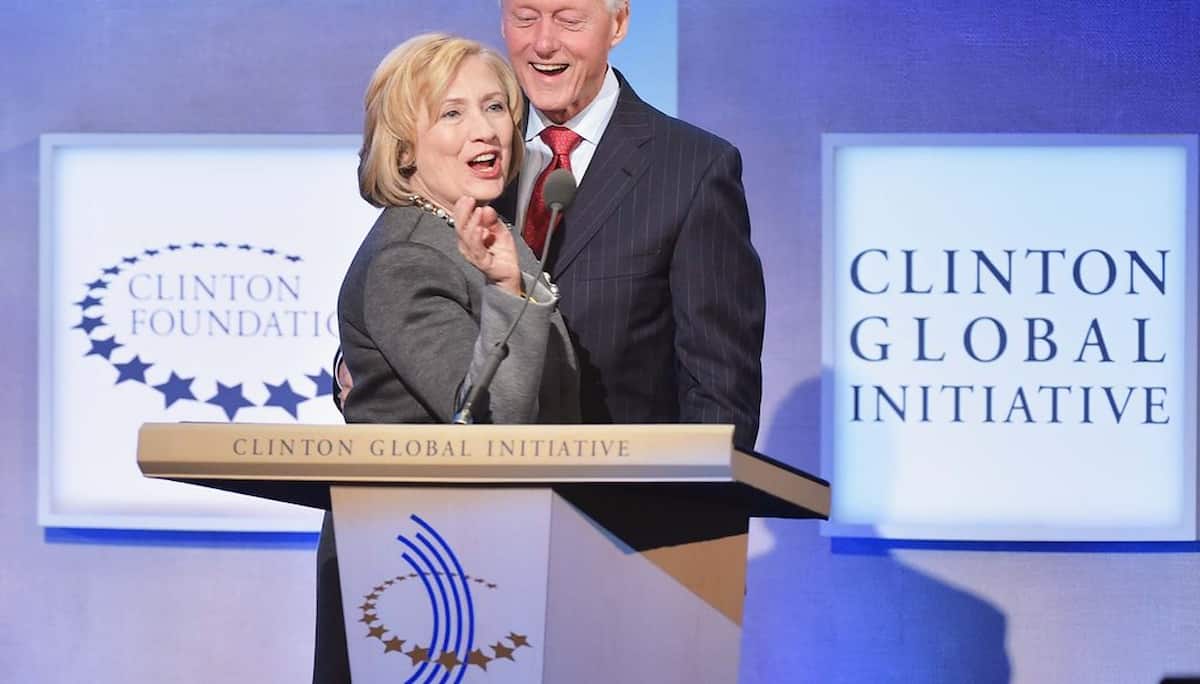 Democratic 2016 presidential frontrunner Hillary Clinton has a problem. Allegations are beginning to pile up of conflicts of interest between the Clinton Foundation’s activities and her work as Secretary of State, as well as implications of shaky accounting. There are significant questions about how much merit, if any, the allegations have. Hillary’s problem is that the allegations will be difficult to categorically disprove. Unless she can somehow blow these allegations out of the water quickly and decisively, they are likely to dog her campaign for the foreseeable future.

To be clear, the sudden interest in alleged conflicts of interest stems partly from Peter Schweizer’s book Clinton Cash, which has raised its own questions regarding both the author and the book’s quality of research. This book spurred a New York Times article Thursday which argued that Russian donations to the Clinton Foundation may have coincided with the State Department okaying Russia’s purchase of a Canadian uranium company with mining operations in the American west. A Daily Kos article aptly pointed out that the NYT article buried the fact that there was no proven connection, and a Hillary spokesman said that multiple agencies and Canada approved the sale.

This is not the only problematic coincidence. Hillary’s brother, Tony Rodham is on the board of a company that owns a gold mine in Haiti, a country where the Clinton Foundation is very active. Worse, he was reportedly introduced to the company’s chief executive at a Foundation function. Apparently, many Haitians view the Clintons warily because of this profiteering on Haitian resources within the Clinton family. Rodham maintains that the Clintons did not arrange the meeting or the business opportunity. The Clintons point out that Rodham is his own man. In fact, during the Clinton administration, Rodham built business relations with opposition politicians in the nation of Georgia, where Bill Clinton was allied to the country’s leadership.

But the flood of scrutiny into the Clintons’ finances goes beyond Schweizer’s book. The Washington Post discussed how the power couple’s “wealth is intertwined with charity.” Although the Clinton Foundation does important work on vital issues like getting cheap medicine for HIV/AIDS in poor countries, it can be difficult to ascertain where fundraising for their charity ends and where their personal fundraising begins. The Post assessed that,

ABCNews explained that while Hillary was Secretary of State, her husband Bill Clinton’s speaking fees doubled and even tripled. The article pointed out that it is highly unusual for a former president’s speaking fees to increase over time.

Where he once had drawn $150,000 for a typical address in the years following his presidency, Clinton saw a succession of staggering paydays for speeches in 2010 and 2011, including $500,000 paid by a Russian investment bank and $750,000 to address a telecom conference in China.

Total revenue was reflected accurately on each year’s tax form, and there was no under- or over-reporting. We are in the midst of conducting a voluntary external review process and will determine whether to refile after that process is completed.

All of these are things that could easily have a mundane explanation. The problem is that there are starting to be a lot of them, and some of them, even if there is no merit in the charge, are almost impossible to disprove. For example, there’s no way to prove that she didn’t help her brother get into business in Haiti via the Foundation. In this way, her problem is very similar to Romney’s problem in 2012. Romney, for whatever reason, refused to release his tax returns. This opened a seeping wound in the public’s perception of his trustworthiness and relatability, which Democrats were able to exploit to great effect. Because he couldn’t prove that he wasn’t hiding something weird or damning, the speculation, egged on by Harry Reid, who suggested he’d paid zero taxes, was an anchor that followed him everywhere. Similarly, the Clintons, for whatever reason, didn’t see the need to completely wall off their charity from their personal wealth and political dealings. This may have been out of expediency. But it has the whiff of opportunism. That whiff, whether fair or not, is a problem. That stench needs a can of messaging Lysol pronto, or it will follow Hillary like a rank little cloud for the rest of the campaign. The right is already having a field day with these stories. Conservative blogs are peddling all kinds of stories that hew uncomfortably close to establishment reporting. Hillary cannot afford for the right’s spin to seep into the mainstream reporting on these allegations this early in the campaign.

Obama learned from Al Gore’s and John Kerry’s mistakes. Kerry, particularly, was swiftboated by Republicans. Karl Rove turned Kerry’s greatest strength, his Vietnam service, into his greatest weakness, by trafficking rumors about his conduct as a soldier. Kerry didn’t respond for months, and by the time he did respond heading into the general election, it was far too late. In 2008 and 2012, Obama immediately countered every allegation and rumor that Republicans shot his way. His team was prepared for everything. As packaged as Hillary’s rollout has been thus far, she seems genuinely surprised by the volume of these attacks on her tenure as Secretary of State as it relates to the Clinton Foundation. The allegations are turning Hillary’s greatest strength, her experience as Secretary of State, into her greatest weakness, and like Kerry, she doesn’t seem to know yet how to respond. The longer this continues, the more her campaign will look like John Kerry’s or Mitt Romney’s bewildered, floundering campaigns and less like her husband’s or Obama’s victorious campaigns.

The narrative about the Foundation problematically feeds into a preconceived notion about her, as well. A new Quinnipiac poll showed that among likely voters, 62% say that Hillary has strong leadership skills, but only 38% say that she’s honest and trustworthy. Americans believe that she’s ready and fit for the job, but don’t know whether they can trust her. That is her greatest weakness, and these allegations feed into that perception. The longer they fester, the weaker she will become. This narrative, incidentally, is why the private email address was a problem for her. Jeb Bush was ready to capitalize on it, pointing out that he’d published all his emails as governor (although he botched it). It’s becoming clear that the Republicans are planning a drip-drip of questioning her credibility. Each of these little stories will build on the previous ones, unless she can shut it down. She has to be ready to counter this.

It boggles the mind that this wasn’t prevented or prepared for a while ago. Why did the Clintons not hermetically seal off the Clinton Foundation while Hillary was Secretary of State? Why did Hillary’s team, like her campaign manager and messaging guru John Podesta, not see this book and its stories coming? Why don’t they have an overwhelming response to shut it down? Again, it looks uncomfortably like Romney, who, having lived in and around money and power for so long, lost perspective and thought he could both get rich and become president without anyone questioning the conflict of interest. Romney flew too close to the sun on wings made of wax. If she would fly so high, Hillary’s campaign needs to be an F-16, attacking and maneuvering, not Icarus.