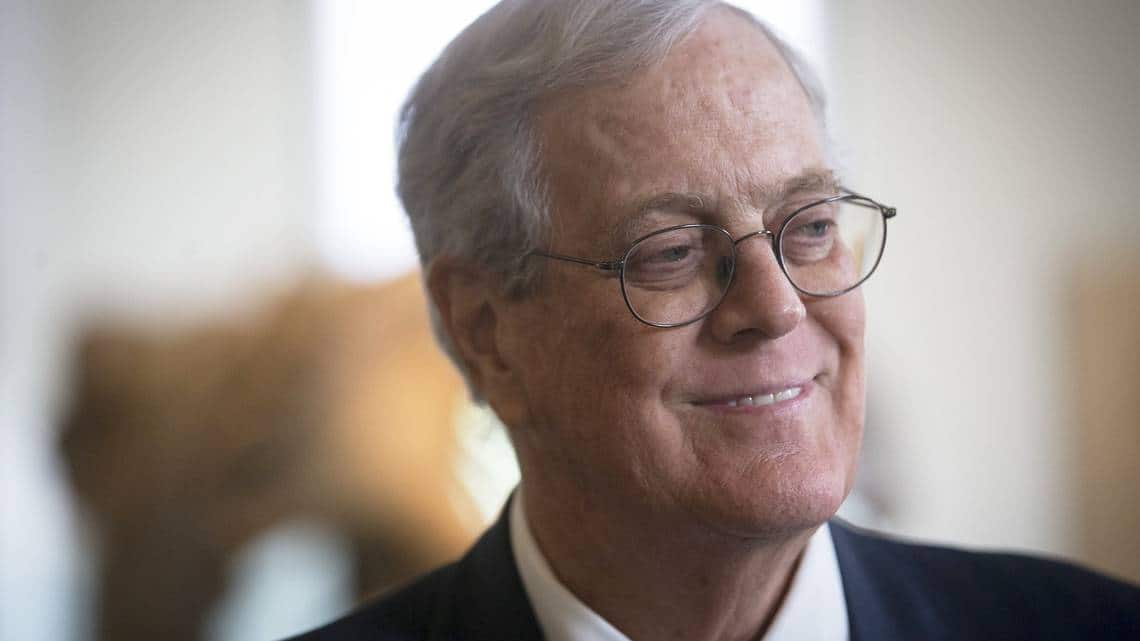 Mention anything and everything related to campaign finance or the Koch Brothers to a conservative and you’re sure to hear the name George Soros within the first ten words of his or her response. Before they tell you how much they admire Donald Trump for self-funding his campaign, they will point to how the billionaire investor has President Obama bought and paid for on the back of a $1 Million contribution to the Super PAC that backed his reelection campaign, Priorities USA Action. (You know, the same amount of money comedian Bill Maher donated to the campaign, yet strangely Maher’s equal donation didn’t bring him the same clout as he’s had to literally beg for the President to appear on his “Real Time” program). Despite these relatively minor contributions, the name Soros alone can launch a right winger into a delusional tirade, where he’s been accused of plotting the Ferguson protests, launching “guerrilla warfare and sabotage“ against Fox News, and being the mastermind of every anti-establishment revolutionsince the fall of the Iron Curtain.

The Numbers Don’t Add Up

Soros – after backing Obama in 2008 – has made nice with Hillary Clinton and demonstrated his friendship to the tune of $8 Million.  While this is hardly a dismissive sum, especially when Bernie Sanders’ largest donation in 2015 came from Googlein the overwhelmingly lavish amount of $50,776, to even pretend that Soros has Democratic and left-leaning candidates at his beck and call for these donations is disingenuous at best and an insult to thinking at worst. Consider the financial backing of some of the Republican candidates and the argument that Soros has Secretary Clinton, or the Democratic Party, eating out of his hands is even more ludicrous…..

The relatively minuscule number of donors providing an overwhelmingly large percentage of the GOP electoral bankroll is a disturbing fact that we have to live with in this post-Citizens United world. The fact that a select few billionaires like to show off their purchased politicos like they’re a shiny set of new golf clubs is frightening, but it doesn’t threaten the very existence of our health, security, and democracy the way 800 lbs elephants in the room do.

The Koch Brothers Will Blow This Early Spending Out Of The Water.

Anti-social services, anti-tax and climate skeptic billionaires Charles and David Koch anticipate spending three-quarters of a billion dollars on the 2016 election. Comparatively speaking — President Obama, Mitt Romney, and ALL outside spending groups totaled $2.6 Billion. What kind of influence could one group buy if they were responsible for almost 1/3 of total campaign spending?

If you thought dozens upon dozens of votes to repeal the Affordable Care Act by the current GOP Congress were bad, just wait until the Koch Brothers have their way. Keeping Obamacare would be the least of the progressive movement’s worries. One need look no further than the platform David Koch ran on during an ill-fated third party run for President in 1980 to see the “vision“ these oligarchs favor for the future of the United States.

The faux outrage and righteous indignation the Republican Party displayed over the Benghazi attacks is the ripped from the same blueprint as the demonization of George Soros. The GOP Congress, as well as the party in general showed very little interest in assigning blame or fully investigating the tragic events of September 11, 2001 while their candidate was the Commander-In-Chief. Yet when they saw an opening to score cheap political points against President Obama and damage the candidacy of Secretary Clinton, the Republican Party had no problem pretending that Benghazi was the greatest tragedy against humanity since God told Noah to build an ark.

The Republicans need these distractions and deceitful similarities to avoid being called out on their own bogus intentions and their dangerous agendas that the American people would never sign on for. Flint has taught us that the industrialists have no place in American politics. We have over 80 years of evidence that Social Security works. And for all of the warts that so-called Obamacare may have, it has increased the number of insured Americans in a way no act of Congress had been able to do since Medicare, making us on average a much healthier nation.

In a perfect world, George Soros wouldn’t be able to donate $8 million to a political candidate. That would be the same perfect world that the Koch Brothers couldn’t self-fund an entire presidential election cycle. That’s the vision we need to strive for, but it’s only the same ball game in the way that throwing the football around with your son is the same ballgame as the Super Bowl.

George Soros is not the boogeyman the Republican Party wants you to think he is. He’s the distraction they need for you to think the Koch Brothers’ Agenda is politics as usual.