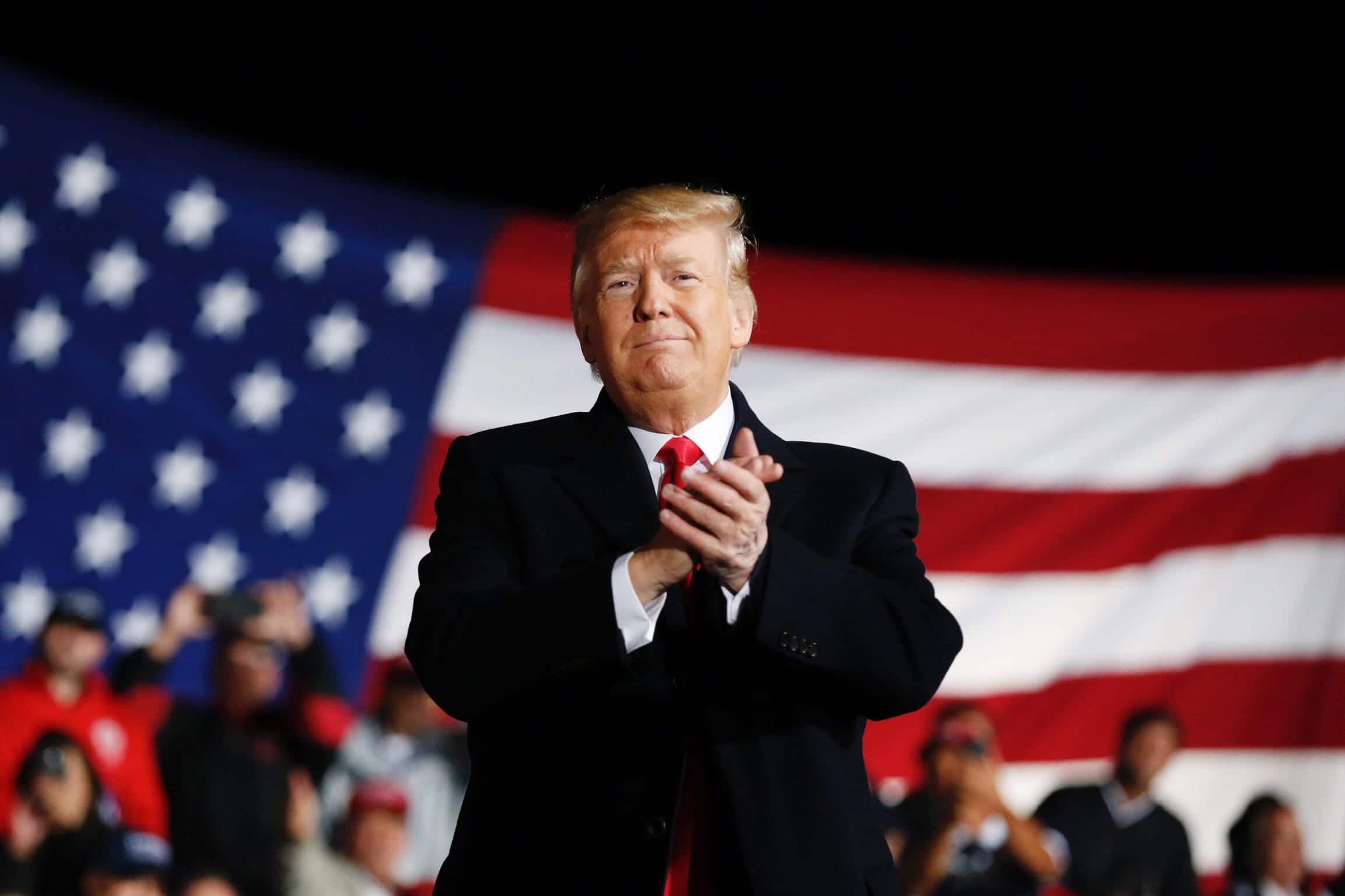 What I’m about to say about Donald Trump and his supporters might be deemed controversial by some. In fact, I almost feel as though I should issue a brief disclaimer, and point out that this article reflects my views and not those of Reverb Press or anyone else on our editorial staff. I’m “going rogue” here, as much as I hate that phrase, and I’m going to point at apples and shout, “Hey, look! Those are definitely apples!”

When Donald Trump first announced his candidacy, he was a bad joke with a racist punchline. No one took him seriously, and his immediately-impressive polling numbers were seen as little more than a fringe fluke. His candidacy would die out within a month, or so we believed, and the whole thing was little more than an advertising stunt to promote a book, or a crappy reality TV show, or maybe Le Singe Hurlant, a new men’s fragrance inspired by Donald Trump, which smells like a fine blend of tacky gold furniture, bronzer, fresh money, and the shame of a dated foreign supermodel on the cusp of being replaced by a younger one.

Back then, we couldn’t call Donald Trump’s supporters racists, because they had a retort for that: “Look, I don’t support everything `The Donald’ says, but he speaks his mind, and I respect that!” Of course — and I’m quoting myself here, however, cheesy that is — when your mind sounds like a drunk Mel Gibson, perhaps it’s time to take the microphone away. But hey… I digress.

Donald Trump Is An Unapologetic Racist, Plain And Simple

That was then, though, and this is now. You can write off his referring to Mexicans as drug dealers and rapists as a mistake, and an unfortunate sound bite the media took out of context (even though said context was plain as day). You can do the same with any one thing Donald Trump or anyone else has said. But when each thing you say is slightly more bigoted than the last, and these “accidents” are happening on a weekly or even a daily basis, the problem is no longer the media. It’s you, or more specifically, your bigotry. An amalgamation of bigoted “mistakes” of this magnitude can only add up to one simple truth: that Donald Trump is an unapologetic racist, plain and simple, through and through.

Where are we today with Donald Trump? It’s difficult to keep track of all the racist nonsense he’s spewed to date. Just in the past few days, he’s vowed to bring back waterboarding, mostly for funsies and as a form of punishment more than intel-gathering. He’s hinted that Muslims might need to wear ID badges or join a national registry should he be elected. And this past weekend, Trump defended a brutal physical assault on a #BlackLivesMatter protester, claiming he deserved to be choked, punched, and kicked for having the audacity to interrupt Donald Trump. How does he follow that up? With a blatantly racist Tweet showing a graphic created by actual modern Nazis, claiming that the vast majority of white murders are perpetrated by black people (which they aren’t… not even close).

Sadly, Donald Trump’s racism is only the second-most depressing thing about his presidential bid. Taking the number-one spot is the fact that Donald Trump’s racist remarks help him a lot more than they hurt him; every time he says or does something outrageously bigoted, he gets a big fat bump in the polls, and right-wingers gather ’round to sing his praises. We’re rapidly closing in on the early primaries and caucuses of the GOP primary, a primary that yes, Donald Trump does have an actual, realistic chance of winning.

I refuse to believe anyone in America is stupid enough to believe still that these are all innocent mistakes, or that the media is on an unwarranted witch hunt, or that the rest of us see something that isn’t there. So here’s the verdict for Donald Trump’s supporters, the people who still think he’s somehow not a racist, or that he’s the victim of a politically correct world gone mad…

If you support Donald Trump today, you’re also a racist.

I’m not stating that as an opinion. Data shows that 47 percent of Republicans are, in fact, racist xenophobes. Of that group, a staggering three-quarters of them are Trump supporters. Trump is dominating the Republican field primarily on racism alone — it’s why no other candidate can come close to his poll numbers because they just can’t stoop as low as Trump is willing to. Trump seems to have figured out if he can dominate this overwhelming number of racist Republicans, the other 53 percent of Republicans will be split among the rest of the clown car — and come caucus time, he wins.

If you support Donald Trump today, and you believe he should be our next president, and you’re okay with all of the racist things he’s said thus far on the campaign trail, then you, Sir or Madame, are without question a racist, with racial hatred choking your heart and poisoning your veins. You’re as out of place in the year 2015 as a personal computer would be in the Dark Ages, an era you’d certainly be better suited to live.

And if you opt to disagree, or to argue that I’m somehow incorrect, your complaints will fall on deaf ears. Why? Because my mom is black, my girlfriend is Asian, I have Muslim family members, and chances are you think less of every single one of them. You still support Donald Trump, so why on Earth should I believe you when you say that isn’t true?

Can Science Explain the Rise of Bernie Sanders?