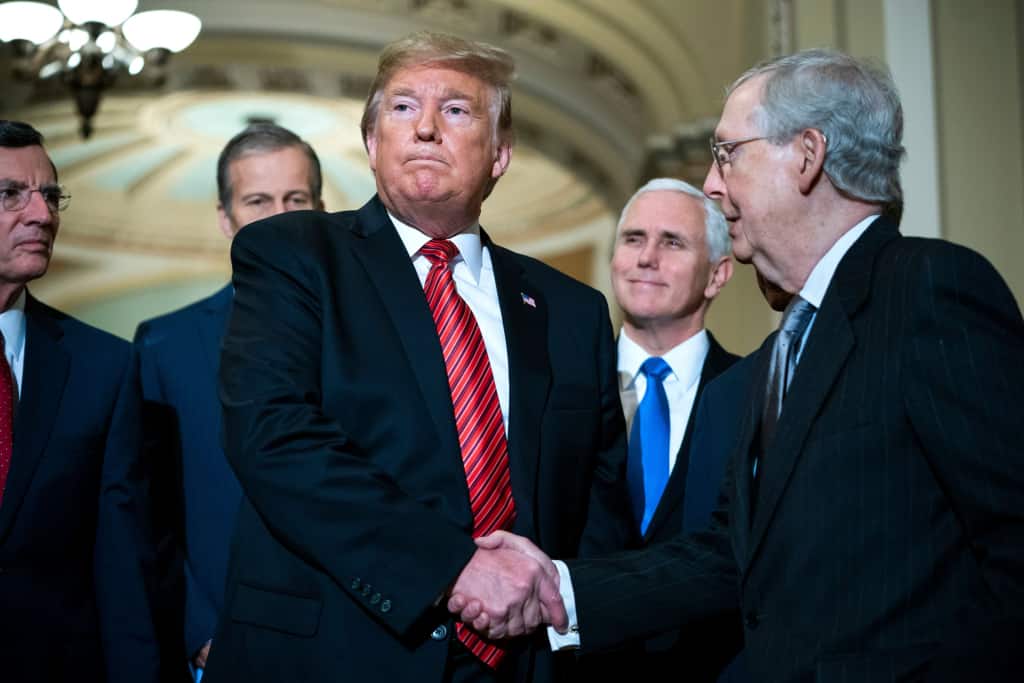 After Supreme Court Justice Antonin Scalia died in February, President Obama promised to fulfill his constitutional duty of appointing a new justice. Republicans in Congress, though, said they’d stop any such move. Of course, they listed several bogus reasons behind this, but Mitch McConnell seems to have let the real reason slip on Sunday: The National Rifle Association must approve.

Senate Majority Leader Mitch McConnell sat down with Fox News Sunday host Chris Wallace to discuss the Supreme Court. The interview was a bit shocking in the fact that Wallace actually called McConnell out on the hypocrisy of having once said:

“In a democracy, an up or down vote should be given to a president’s judicial nominees. It’s not complicated. It’s simple. It’s fair.”

When Wallace pointed out the previous statement, McConnell quickly deflected and said that it was different since it’s a Supreme Court justice being considered this time around. As the interview continued, Chris Wallace never mentioned the National Rifle Association, but McConnell decided to.

After pointing out that some of McConnell’s fellow Republicans would try to rush through Merrick Garland, considered by most to be a moderate judge, upon a Republican loss in 2016, Wallace asked McConnell what he thought of this strategy. That’s when the senator let the beans spill.

Wallace: “You’re saying no consideration of Judge Garland by this Congress even if Hillary Clinton wins the election?”

McConnell: “Yeah. I can’t imagine that a Republican majority in the United States Senate would want to confirm, in a lame duck session, a nominee opposed by the National Rifle Association [and] the National Federation of Independent Businesses.”

Considering the fact that Republicans have shut down research into gun violence at the behest of the National Rifle Association, it’s no surprise that this gun rights extremist group – which is really nothing more than a terrorist funding cell – has a huge hand in what the GOP lets get through.

The only surprise here is the fact that Mitch McConnell is being so open about the fact. Just to be clear, though, there are very good reasons the NRA opposes Judge Garland – at least in their minds. Garland once voted to rehear a case over handgun laws in D.C., and in a later ruling, he went against the NRA as they tried to dismantle the nation’s background check system.

Two simple cases, both of which Garland made common sense decisions on, are why the National Rifle Association is stopping us from having a new Supreme Court justice. Of course, we shouldn’t blame them for buying our democracy. We should blame the legislative whores who have allowed them to do so.