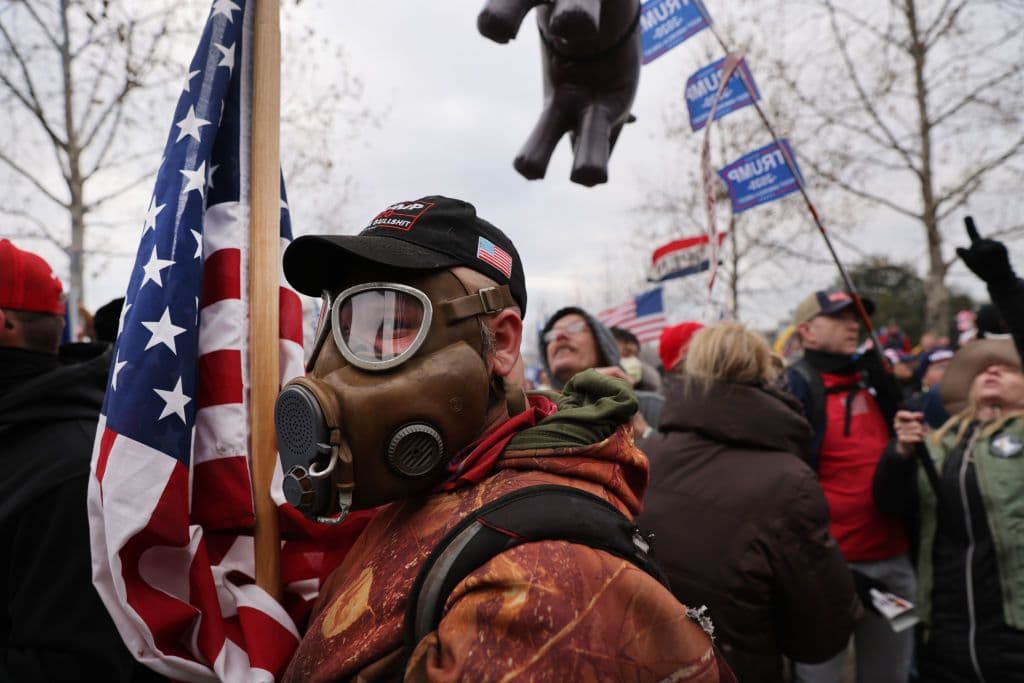 When most Americans think of the word terrorist, they probably conjure up a stereotypical mental image of a man of Middle Eastern descent, wearing some sort of head-wrap and toting a vest filled with explosives. But if recent events have taught us anything, these aren’t the sorts of terrorists we need to worry about. The truly terrifying terrorist — the sort who poses the greatest threat to American citizens on a daily basis — isn’t a Muslim. He isn’t from the Middle East, and may have never traveled abroad. He’s an American citizen… and he belongs to the Tea Party.

Since the Tea Party’s founding in 2009, the group has been directly, inarguably linked to a series of dangerous events, ranging from nearly-violent acts of rebellion to full-blown hate crimes. At the heart of these acts of domestic terrorism are violent Tea Party members hell-bent on “taking their country back.” Extremists willing to take up arms against anyone they disagree with, or anyone they feel is a threat to their ignorance-fueled fundamentalist political philosophies.

The list of domestic terror attacks carried out by Tea Party members is quite lengthy. This past Thursday, Tea Party member and Westboro Baptist Church fan John Russell Houser opened fire in a Louisiana movie theater. In June, a racist with ties to the Tea Party and white pride hate groups attacked a famous Black church in Charleston, South Carolina, a hate crime still making the rounds in the media over a month later. Last year, a couple dressed as The Joker and Harley Quinn (popular antagonists from the Batman comics) murdered two police officers and one civilian before killing themselves in Las Vegas. And let’s not forget the Cliven Bundy fiasco, which luckily ended without death, but nearly boiled over into a full-blown shootout between a militia of heavily armed Tea Party radicals and the United States government. These are just a small sampling of the numerous domestic terrorist attacks carried out by Tea Party members since 2009.

At the heart of the Tea Party’s agenda is a platform of radical political isolationism. They’ve cultivated a philosophy of hatred that is opposed strictly to anyone and everyone who doesn’t wholeheartedly agree with their political views. Liberals don’t simply hold a different set of views or look at subjects of debate with a different set of eyes… they’re ignorant and dangerous, according to the Tea Party’s rhetoric. In their view, President Obama is a traitor who hates America, a claim completely unfounded and unsupported by any type of evidence considerable by those who aren’t a part of their club. Moderates are just another form of liberal, and any conservative who disagrees with the Tea Party is a RINO (Republican In Name Only) and should be ostracized and cast out, like school boys finding a girl in their tree house.

This environment of hatred has been welcoming and defensive of those who society at large labels as racists. In Tea Party circles, there’s no such thing as white privilege. Individuals society deems as racist are victims themselves of racism against white people, which to the Tea Party faithful are the only contemporary victims of racism worth talking about. Minorities that society collectively agrees are victims of racism or white privilege — Trayvon Martin, Sandra Bland, and Eric Garner, to name a few — are guilty parties who were misbehaving and deserved whatever treatment they were issued, up to and including murder, because defending yourself against an unprovoked armed psychopath who is stalking you, committing a minor traffic violation, or selling cigarettes are all crimes worthy of a death sentence, apparently. Meanwhile, they have no problem defending right-wing cop killers, because that’s an act of defiance against the big, bad government.

It’s important to point out that not all Tea Party members are domestic terrorists. The majority of those affiliated with the Tea Party are simply politically-motivated citizens, no more dangerous than anyone else you pass on the street. But the movement does inarguably breed an atmosphere of hate, one which can easily put some of their less-than-stable members well past their boiling points.

The Tea Party is similar, in any number of ways, to a religious movement they themselves seem to passionately hate: Islam. Most Muslims are not terrorists, and it’s unfair to paint them all with the same brush. But Islam has tremendous political influence, not in the United States of course, but abroad. Some followers take it upon themselves to carry out acts of violence against “enemies” of their ideology. The majority are peaceful, but there’s a small minority who take it upon themselves to use violence to get their point across. Sound familiar? Not all Muslims are terrorists, just as not all Tea Party members are terrorists, but there are similarities between the two. The only real difference is that Islam doesn’t encourage hatred, certainly not the same way the Tea Party does.

Each time one of these terrible attacks is carried out by a Tea Party member, we need to ask ourselves how much longer we can go without calling them out for their obvious roles in those attacks. The Tea Party is at least partly culpable in all of these attacks, because they create the environment that fuels the ignorance that leads these psychopaths along the path toward domestic terrorism. If the Tea Party hopes to avoid being labeled as a hate group, it’s time for them to openly, publicly disavow these attacks. They need to label these events as acts of domestic terrorism. And more importantly, they need to end their efforts of breeding this level of ignorance and hatred. They need to abandon their “us versus them” mentality and encourage their members to be open and welcoming to alternative views. And until the Tea Party makes these changes, the rest of us need to recognize them for exactly what they are: the American Taliban.

Climate Change May Cost Rich Investors TRILLIONS…NOW Will They Do Something? (VIDEO)