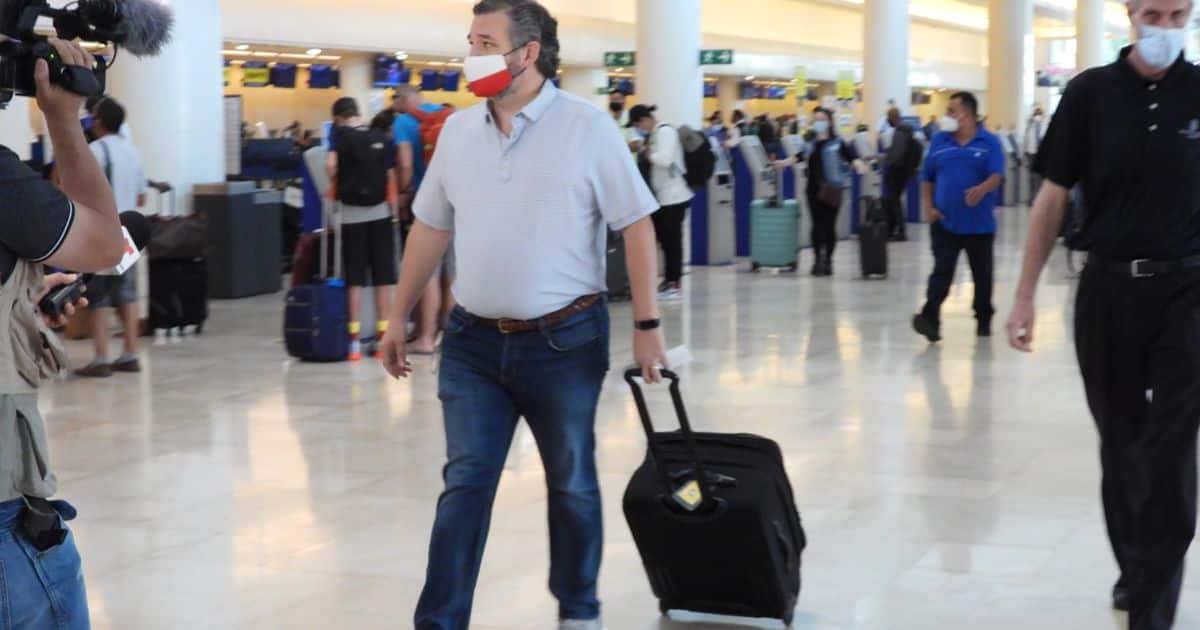 As Ted Cruz hones his Road Runner routine to Donald Trump’s Wile E. Coyote, in the hunt for delegates, it becomes increasingly important to look into who is funding Cruz. The junior Senator from Texas is executing a plan to steal the nomination from Trump at the convention, and he’s doing so with the help of some friends with deep pockets.

Open Secrets‘ report on Ted Cruz’s campaign and Super PAC financing reveals three sources of cash that have donated at least ten times more than his other donors. Cruz’s top three donors form a bizarre holy trinity of influence over the candidate who has fashioned himself as the evangelical-whisperer on his winding, Machiavellian path to the nomination.

“…has been known to fly Rick Perry, the former governor of Texas, on his private jet to discuss the energy industry…”

In 2014, Neugebauer moved to Puerto Rico. He told the media that he wanted his children to learn Spanish, but many in Texas questioned whether Neugebauer wasn’t decamping there for the lower taxes. He may also be attracted to Ted Cruz’s ludicrous proposal to abolish the IRS and institute an across-the-board flat tax, NYT observes.

Toby Neugebauer’s father is Congressman from Texas, Randy Neugebauer. The older Neugebauer is a conservative lightning rod who has fought hard for ending regulations on big business, and increasing regulations on women’s bodies. In 2010, during debate in the House over the Patient Protection and Affordable Care Act, Neugebauer shouted “Baby killer!” at Democratic Representative Bart Stupak of Michigan, who had the floor. It was considered a shocking breach of House decorum. Neugebauer later sort of apologized, but characterized what he shouted differently than most witnesses reported it. In 2011, National Journal ranked Randy Neugebauer the Number 1 most conservative member of the House. He issued a statement that he was “honored” and “proud” to be ranked the most conservative member of Congress. Randy’s campaign financing comes almost entirely from various financial services.

The Washington Post ranks Mercer at Number 7 in its list of “The 10 most influential billionaires in politics.” The Post describes Mercer as notoriously tight-lipped and highly aloof. He often gives whopping sums to candidates who have never even met him. Mercer is reportedly motivated to support candidates who want to lower high-end taxes, and he is also a climate change denialist.

A Bloomberg profile describes Mercer as private and eccentric, with a habit of sitting alone and whistling to himself in meetings; and prone to donating to extreme right candidates and causes.

“A surprising amount of Mercer’s attention and money finds its way to some of the most unusual fringes of the right wing. He’s attended and funded an annual conference organized by Jane Orient, an Arizona physician and activist who recently suggested in an opinion article that elements in the U.S. government might have taken part in the San Bernardino massacre. Mercer money also found its way to an Idaho activist named Fred Kelly Grant, who travels the country encouraging legal challenges to environmental laws, which he says are part of a sinister plot by the United Nations to depopulate rural America.”

Bloomberg also reported that Mercer has donated millions to the Heritage Foundation, the far right rag Breitbart, and Cambridge Analytica, a “data company that builds psychological profiles of voters.”

It gets even weirder.

The largest donation came from the Texan Wilks brothers, Farris and Dan, who have donated $15,064,000 to Ted Cruz. While Wilks may not be as much a household name among the upper echelons of the conservative oligarchy as the Koch brothers, Farris Wilks and Dan Wilks are growing in influence, and their story might be even weirder than the Kochs’.

Like any good aristocratic billionaires who made it big on their own pluck and wits, Farris and Dan inherited their father’s honest company and exploited it. They invested in fracking, launching a company called Frac Tech, at the outset of the boom, in 2002. In 2011, like good patriotic Americans, they sold the company to investors in Singapore for $3.5 billion.

They have since been buying up land out West, primarily in Colorado. They have built up luxury property, but their acquisitions were halted by the Bureau of Land Management after locals began to complain that they were encroaching on hunting land. Most of the big players in America’s oil and gas industry are interested in privatizing Federal land for exploration and drilling, and the Wilks are no exception. So it’s not a coincidence that Ted Cruz has promised to hand Federal lands over to private interests.

But their interests in Cruz go deeper. The Wilks have also funded far right groups that attack LGBT Americans’ civil rights, and women’s reproductive rights. They donated $1 million to Liberty Council. Liberty Council is a private political/religious organization incorporated as a law firm. It represented Kim Davis in her crusade to deny marriage licenses, and to Scott Lively, in his defense against crimes against humanity charges, after his ministry inspired Uganda’s “kill the gays” law.

Farris Wilks is also a far right pastor in a pseudo-sect of Christianity. Farris preaches to a Texas Assembly of Yahweh congregation. Assemblies of Yahweh was founded in 1966 as a theological hybrid of fire and brimstone Old Testament and Southern-style Baptist evangelism. The religion uses the Hebrew words Yahweh and Yahshua in lieu of God and Jesus. The religion keeps Kosher, forbids women from speaking in the congregation, and teaches that Armageddon is imminent.

At Wilks’s congregation, the believers are ordered to contact their representatives in support of various policies, every week. These issues are usually morally conservative, including pro-life, anti-gay marriage, and anti-assisted suicide. But one telling issue, reported in an expose by The Daily Beast, was about climate change. The congregation has been taught that regulations to control carbon production and slow down global warming threaten man’s Yahweh-given “dominion over the Earth.”

Wilks may very well firmly believe what he teaches. But Republican politicians have, for decades, whipped up evangelicals over moral issues, galvanized them into a voting bloc, and directed them to vote for politicians who support the banking, oil and weapons oligarchs who demand deregulation, low taxes, and armed conflict. The fact is, Wilks’s religiosity has built a small army of activists to strong-arm elected officials, while taking advantage of the tax haven of a religious organization. His religious leadership also cultivates his personal oil and financial interests, as does his investment in Ted Cruz.

This trio of donors demonstrates powerfully that Ted Cruz is in the pocket of oil and financial interests, and that his professed religiosity is a facade to whip up far right voters. The oligarchs investing in him are hoping that he will line their pockets, give away land so they can trash the environment, and take a chain saw to high-end taxes and corporate regulations. He will also keep his religious conservative voting bloc happy by chasing gay rights and women’s rights with a sledge hammer. The eccentric weirdos funding Cruz and their selfish interests underline how creepy Cruz is himself.