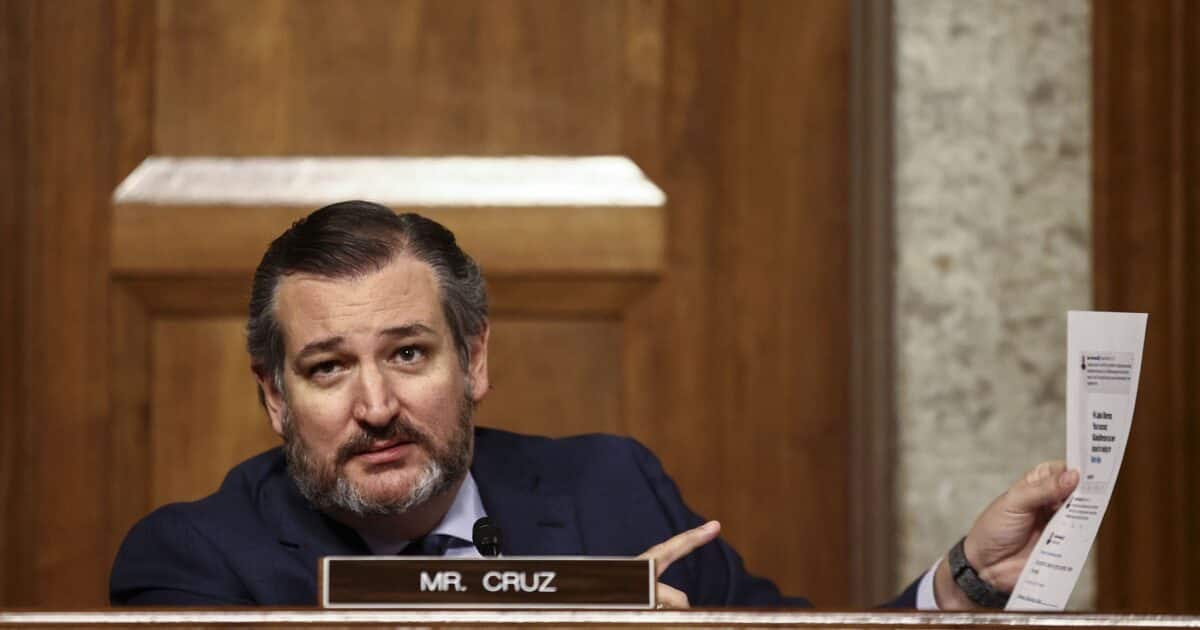 Senator Ted Cruz Really Brings Out The “Creep” In “Creepy.”

Pastor Rafael Cruz says atheists are the perverts and molesters. Yet there seems to be a strange, toxic brew simmering beneath the heavy lids these evangelical “Christians” clamp down on themselves … Especially when it comes to his son, Ted Cruz. At first glance, the surging GOP presidential candidate seems like a buttoned-down, wholesome kind of guy. But every now and then, the pot boils over, and you’ve got to seriously wonder: What’s up with this guy?

10. Ted Cruz Wants To Spank Hillary Clinton Like He Spanks His Daughter?!?

During a campaign stop at a coffee shop in Iowa, a woman demanded to know why Hillary Clinton hadn’t been held accountable for #BENGHAZI!!!! Cruz’s bizarre answer claims not only that Hillary lied about events in Benghazi, but that he thinks she deserves a spanking for it.

“If [my daughter] Catherine, the five-year-old says something that she knows to be false, she gets a spanking. Well, in America, voters have a different way of administering spankings.”

The audience laughed, but really, is it at all funny or appropriate for a U.S. senator to talk in public about spanking a five-year-old child and a former U.S. secretary of state who happens to be a presidential candidate? Here’s the video with Ted Cruz’s comments:

9. Ted Cruz Has A Seriously Creepy Obsession With Children’s Books.

We’ve all met those guys who seem all wholesome, nice and normal … But something’s just a little bit off about them. When Ted Cruz reads “Green Eggs and Ham” or his rendition of “Twas the Night Before Christmas” aloud in his sing-songy voice, he reminds us of … one of those guys. Here’s the campaign ad with Cruz reading his parody of the holiday classic to his daughters, in case you missed it.

Here’s an infamous photo of Cruz meeting with that incestuous, child-molesting, adulterous “Christian” Josh Duggar, back when all the GOP candidates desperately wanted that seal of approval.

Okay, we could just chalk up Ted Cruz’s Josh Duggar photo to human error and opportunism. But how do you explain his choice of Rep. Steve King (R-IA) for his campaign’s national co-chair. In case you’ve forgotten who King is, perhaps the phrase “calves the size of cantaloupes” or his sick and twisted defense of dog fighting from 2012 will jog your memory.

What I said is that we need to respect humans more than we do animals.  Whenever we start elevating animals up to above that of humans, we’ve crossed a moral line.  For example, if there’s a sexual predator out there who has impregnated a young girl, say a 13-year-old girl, … that sexual predator can pick that girl off the playground at the middle school and haul her across the state line, and force her to get an abortion to eradicate the evidence of his crime, and bring her back and drop her off at the swing set, and that’s not against the law in the United States of America.

How did we go from dog fighting to sexual predators impregnating a minor and “hauling” them across state lines to force them to get an abortion? And since when is doing those things not against the law? I have no idea, go ask this guy:

6. Ted Cruz’s Bizarre Hymen Joke Says A Lot About His Views On Women.

Back when Cruz was on the debate team at Princeton University, he joked about how God should “give women a hymen that grows back every time she has intercourse with a different guy, because that will be a ‘visible sign’ of the breach of trust.” No, I didn’t make that up. The New York Times reports that back in 2001, this creepy moment stuck out so much in the mind of a fellow debater named David Kennedy, he reminisced about it in a Harvard debate team reunion booklet. Kennedy also mentioned his debate partner’s hilarious rejoinder, which was to pantomime just how, exactly, one might look for that “visible sign” of cheating.

Polling Trajectories Suggest A Repeat of 2008 For Hillary Clinton