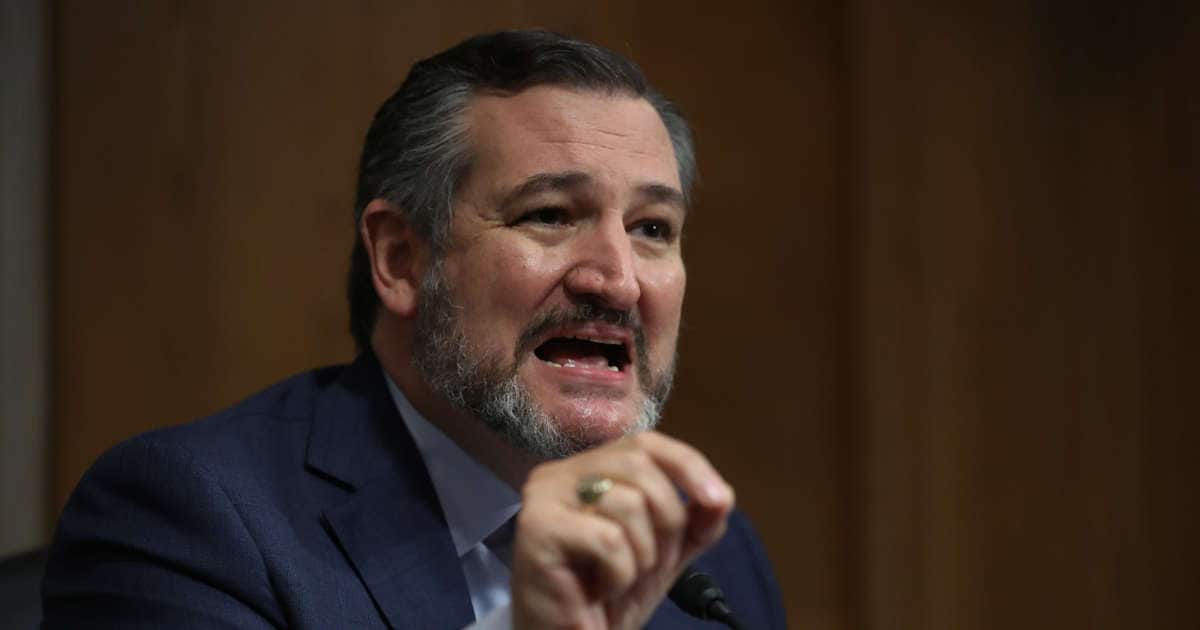 The Daily Beast reports that at Princeton University, Ted Cruz was described as “creepy” by at least four classmates they talked to. Among his odder habits: Sauntering over to the women’s part of the dormitory in a paisley bathrobe and loitering. Former Freshman roommate Craig Mazin told the Daily Beast:

“I would end up fielding the [girls’] complaints: ‘Could you please keep your roommate out of our hallway?’”

4. Is That A Machine Gun Wrapped In Bacon, Or Is Ted Cruz Just Glad To See Me?

As if the pro-gun crowd hasn’t already reached maximum fetish levels with their  huge firearms, Cruz takes his gun love to a whole new level: In the video below, he smirks and licks his lips while showing us how he makes Sunday breakfast for his family. Mmmmmm … Machine gun bacon.

As covered earlier here at Reverb Press, outtakes from campaign ad footage with Cruz and his family amp up the creep factor and display an oddly menacing and coercive quality about this so-called “family man.” Like this scene where the Texas Senator pressures his reluctant mother into sharing a particular memory:

Mama Cruz: “Well, they’re some very personal details that I don’t want to get into.”

These outtakes paint an unflattering picture of the presidential candidate — especially as he repeatedly winces unsympathetically at the sound of someone coughing in the background — but my colleague, Curtis Fease, is more concerned about the welfare of Cruz’s family, especially his mom, wife and kids:

Honestly, though, I’m more worried about his family. I’m not sure if they’re fully indoctrinated or if they’re just scared they’ll be killed if they try to escape.

Considering how these so-called “Christians” go on about morals and family values, they seem to harbor an awful lot of unhealthy obsessions with other people’s sexuality and gender. What kind of person would attack school children for using the “wrong” bathroom, and demand that we defund the Department of Education (DOE) to prevent these horrible acts from continuing? Ted Cruz, of course.

At an event in early December, Ted Cruz vehemently denied the GOP is waging a war on women by insisting he’s “never met […] any conservative who wants to ban contraceptives.” He then jokingly hinted that this is why the Cruz family doesn’t have “17 children” (… and counting), and went on to describe the wide availability of rubbers when he was in college.

“Last I checked, we don’t have a rubber shortage in America. When I was in college we had a machine in the bathroom, you put 50 cents in and voila! So yes, anyone who wants contraceptives can access them, but it’s an utterly made-up nonsense issue.”

Sorry, Cruz, you missed the point. Women shouldn’t have to rely on their boyfriend, husband or rapist to buy condoms from the rubber machine. And not everyone has two quarters or access to a bathroom in a college dorm. Once again, this reveals the Texas senator’s sick, twisted and totally perverted view of how sexual relationships between men and women should work.