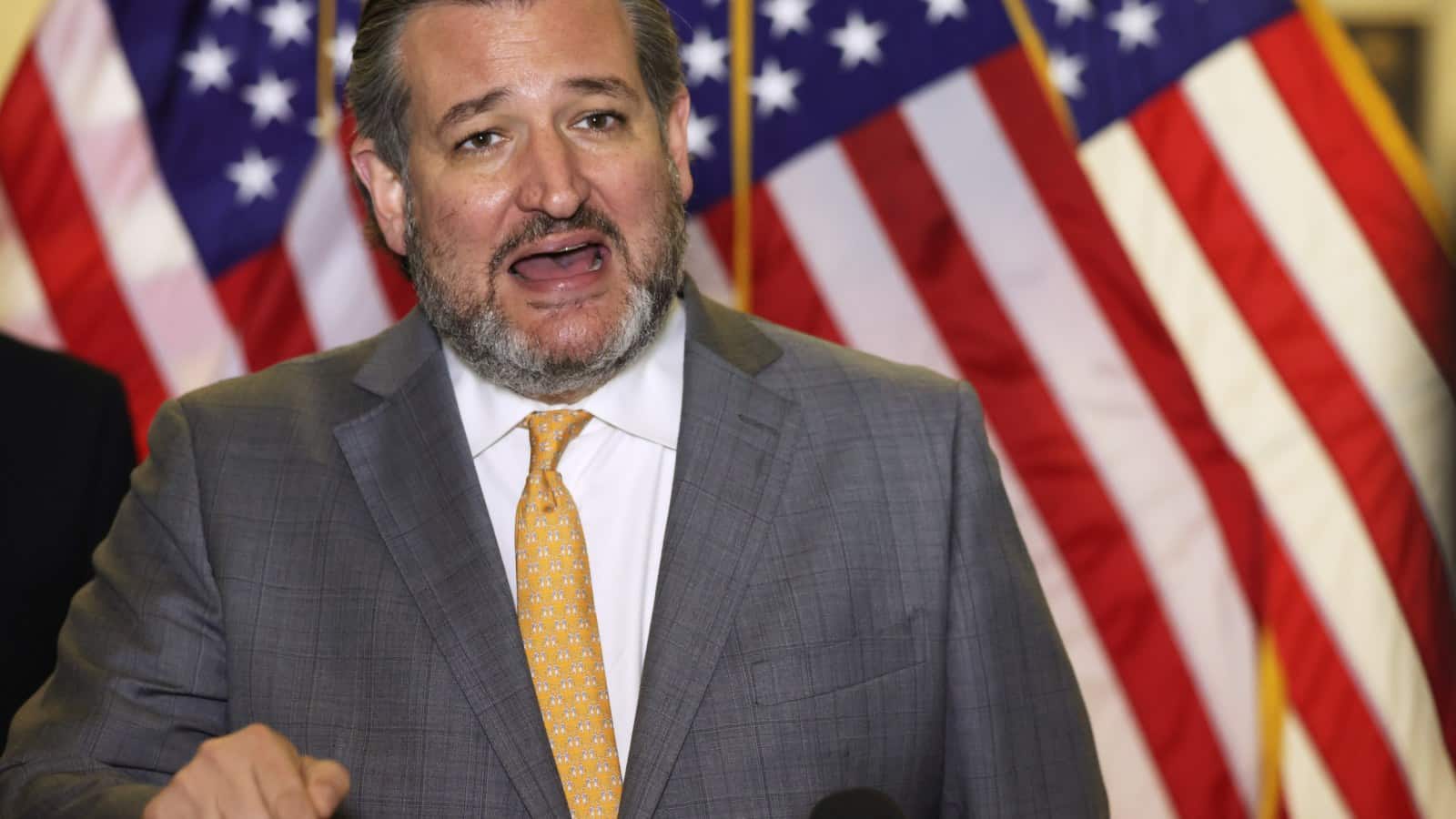 Sending Fake Checks From The US Government? Shame On You, Ted Cruz.

This month Texas voters received an envelope in the mail from Senator Ted Cruz’s office, labeled “CHECK ENCLOSED.” Imagine their disappointment when they opened the letter and discovered that their “check” was actually a fake check made out to…Ted Cruz.

Ted Cruz’s supporters may have been thrilled that the “Big Government” they hate so much wasn’t giving them a hand out. Alas, other recipients weren’t quite so amused. The Huffington Post reports the deceptive mailers looked like official US government business sent from the Texas Senator’s office. And sure, there was fine print stating that no taxpayer money had been spent on the mailing, blah blah blah … But who reads the fine print?

The envelope appears to have come from Cruz’s Senate office and has his name printed the same way it often is for Senate business. In small type the mailer clarifies that it is for “personal” matters and was not sent at taxpayers’ expense. It also promises a check.

The fake check is written out to “Cruz for President” for $45.00. An enclosed letter informs potential supporters that some unidentified deep-pocketed right wing donors have promised to match all donations of $45.00 or more  for a limited period of time.

A group of generous supporters recently joined up with our campaign, but instead of just donating money, they want to challenge other conservatives like you all over America to join our grassroots team as well.

So they will match every contribution of $45 or more we receive in the next 7 days. That’s what the enclosed check represents.

Here is a contemptuous tweet with a photo of the envelope and Ted Cruz’s fake check.

Ted Cruz sent me a check 2 mail back to him. He obviously doesnt follow me on Twitter/know me/get how donations work pic.twitter.com/sgnCMRXPW6

And guess what? It turns out this fake check scam is not only obnoxious, it may be against the law.

Check Enclosed? Not redeemable … No cash value? Another example of a Republican fraudulent mailing? @tedcruz pic.twitter.com/hm9bca4euX

The Houston Chronicle reports a liberal group called Progress Texas filed a complaint with the Texas Attorney General Ken Paxton on Feb. 8. Apparently, Ted Cruz’s mailing with the fake check is in violation of a law that went into effect in Sept. 2015.

Although the envelope did include a line of text declaring, “this check is a facsimile not redeemable or negotiable and has no cash value,” it was in small, barely legible type. The law’s author, Houston Democrat Gene Wu, told reporters:

“This is the kind of mail my legislation was trying to prevent. It certainly breaks the spirit of the law, and I agree that the Texas’ Consumer Protection Division should look into whether or not it breaks the letter of the law, as well.”

My mother is one of the aged and infirm that you would take social security benefits away from if you were elected.
My mother is a better person on her worst day than you will ever be on your best.
My mother would NEVER intentionally mislead anyone for personal gain.
My mother will not buy any of your snake oil.
Neither will I.

An open letter to Senator Ted Cruz:Dear Mr. Cruz, I’ve read a lot of news stories of late pertaining to the shady…

This isn’t the first time the Ted Cruz campaign has resorted to sleazy direct mail tactics in order to get attention. In January, Iowa voters received “Voting Violation” tickets in the mail with information on how often they and their neighbors had voted in recent elections.