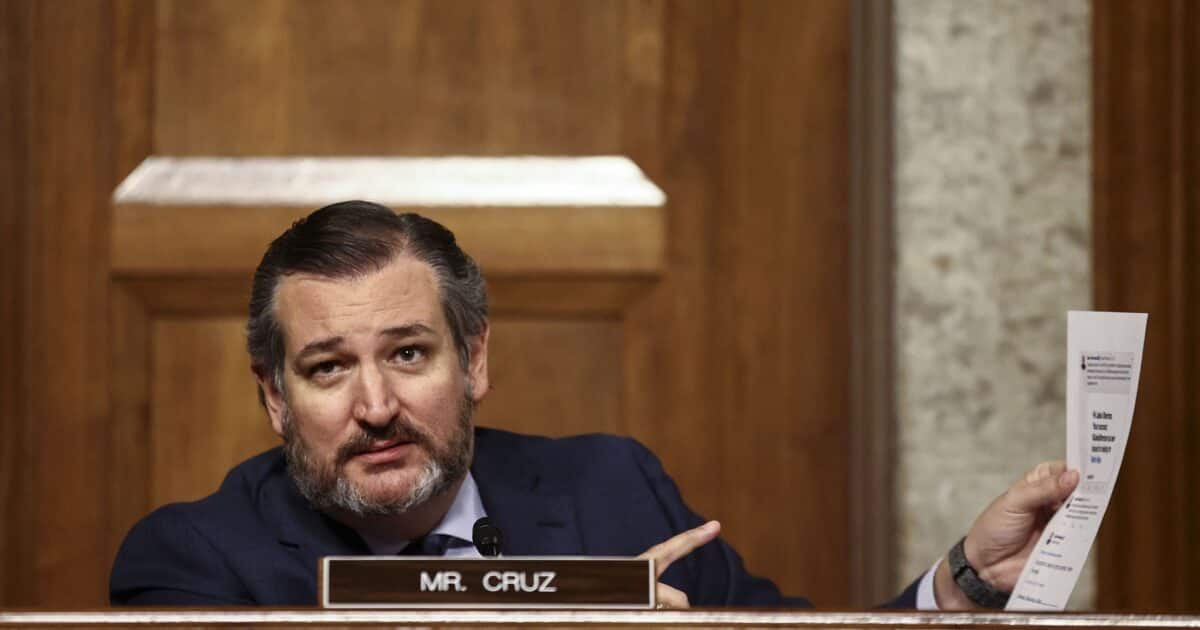 Ted Cruz is hated by everyone. Or so the story goes. His colleagues in the Senate loathe him. Senate Majority Leader Mitch McConnell has pointedly refused to endorse Cruz’s constitutional eligibility to seek the presidency. The Internet thinks he is the Zodiac Killer. Even his own daughter seems to be deeply creeped out by him. So it was a rare bit of good news, for the Cruz campaign, that was reported by the National Review on March 7th:

“Ted Cruz’s colleagues may loathe him, but at least some seem to have found somebody they dislike even more. With the prospect of Donald Trump’s nomination looming over the GOP, Cruz is set to unveil a slew of endorsements — at least one from a Senate colleague – as early as this week, according to a source with knowledge of the situation.”

Hear that, Teddy? That’s the sound of Republicans suppressing the dry heaves you elicit and accepting the inevitable. Except, as it turns out, it isn’t. The National Review swiftly issued a correction:

“An earlier post stated that Ted Cruz’s presidential campaign was set to unveil a series of endorsements from Cruz’s fellow senators. The report was erroneous. As of this writing, the campaign has no pending Senate endorsements to announce.”

Oops. Let us pause for a second while I laugh hysterically.

With Marco Rubio’s campaign slowly decomposing into irrelevance and no one much believing that John Kasich has a chance in hell, Ted Cruz now appears to be the only alternative for the anyone-but-Trump crowd. And this is, I can imagine, galling. One only has to watch Lyndsey Graham’s backhanded pseudo-endorsement of Cruz, delivered through gritted teeth and having somewhat less sincerity than the latest public celebrity apology of your choice, to see what a hard time the GOP establishment is having accepting the inevitability of Ted Cruz. And there are a few additional problems.

The Gop Loathes Ted Cruz Even More Than Donald Trump

Lindsey Graham aside, the Republican Party is still reluctant to get into bed with Cruz. While he is, to be sure, not Donald Trump, that is about the only thing he has going for him. From the perspective of non-Republicans, Cruz is every bit as alarming as Trump. Arguably he’s even more alarming, in that he appears to have a semi-coherent (if terrible and horribly delusional) set of ideologies, as opposed to Trump’s habit of moving his lips whenever he thinks. Yes, Donald Trump’s success rests largely on that fact that his campaign has openly embraced a uniquely 21st century American take on fascism. But Ted Cruz, while rather less like Mussolini, doesn’t bring much more than that to the table. He has railed against the Affordable Care Act, apparently intending to replace it with magic. He believes capital punishment to be a “recognition of the preciousness of human life.” He has called net neutrality “Obamacare for the Internet,” and LGBT rights a product of “liberal fascism.”

Sure, Ted Cruz is not Donald Trump, but that isn’t going to be enough for the man with the world’s most punchable face. In hypothetical general election polling, he still loses, badly, to Bernie Sanders, and just barely manages to beat out Hillary Clinton. He is scarcely the Savior of the GOP™, even if the Republican establishment can overcome their instinctive loathing of him. But there is another problem.

Even thinking about Ted Cruz as the hypothetical GOP nominee is more than a little premature, because he is still losing to Donald Trump. Though the mainstream narrative is that Cruz is gaining ground on Trump, the reality is that he is continuing to underperform in the primaries. Ted Cruz’s path to the Republican nomination is far narrower than is Trump’s. All the endorsements in the world may not be enough to change that singular fact.

And, as today’s story demonstrates, Cruz does not have all the endorsements in the world. He has a some begrudging, “endorsements,” like that of Lindsey Graham, but it is telling that his colleagues in the Senate, the people who have to work with the man on a day to day basis, are staying quiet. Hell, the newspapers in his home state of Texas opted to go with the doomed candidacy of Jeb! Bush over him. Which is why the National Review’s piece, and its amusing correction, is so relevant.

Were Ted Cruz to have been endorsed by some of his Senate colleagues, that would have gone a long way to counter the narrative that no one likes him and that he really doesn’t play well with others. It wouldn’t have been enough to shift the dynamics of the race, but it just might have been a start. But the combination of an announcement of possible endorsements followed by an immediate correction only serves to shine a spotlight on Ted Cruz’s likability problem. The announcement promised a balm for one of Cruz’s most glaring flaws and, in failing to deliver, made it that much more obvious how damning this flaw truly is. No one likes Ted Cruz. That hasn’t changed, and there is no reason to believe it ever will.