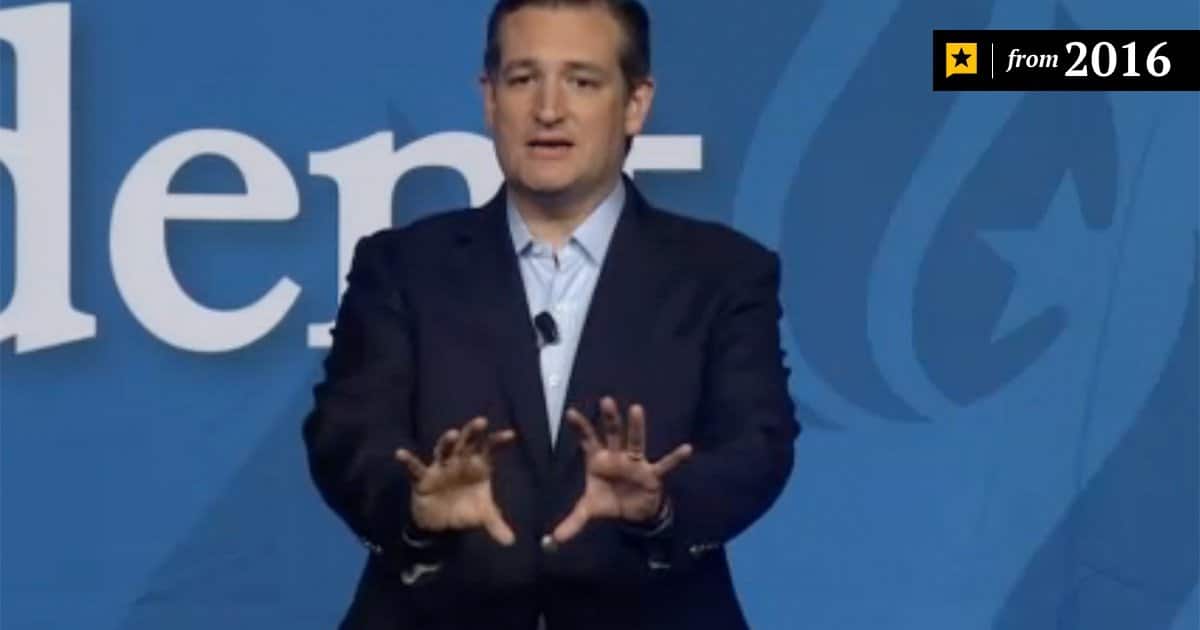 Ted Cruz won the Republican side of the Iowa caucus, Monday evening. He won 28% of the vote, and 8 delegates. Donald Trump won 24%, Marco Rubio won 23% (and plagiarized Barack Obama’s 2008 Iowa speech), and they both each gained 7 delegates. Cruz had been leading in the polls earlier in January, but Trump was forecast to win. How did Cruz do it? It seems he used a dirty trick or two.

One candidate who was expected to do much better was Ben Carson. And, shortly after the caucus results were in, the Carson campaign accused Cruz of using a dirty trick to steal voters away from Carson. Time reported,

“Carson’s team claimed that Ted Cruz’s campaign deliberately sent emails to supporters to spread false rumors at caucus sites that Carson had dropped out, so his supporters would caucus for other candidates.”

This follows in a pattern for Cruz, of targeting Carson’s campaign, as I have previously reported. After shoring up the support of Iowa’s conservative evangelical establishment, a key voting bloc that Carson was also competing for, Cruz proxies may have tried to sabotage Carson’s campaign from within, then gained defectors from Carson’s operation in New Hampshire. Cruz was likely trying to force Carson out of the race to gain all of his supporters in Iowa. He did enough damage to him, though, with this dirty trick and others, to defy the polls, and win the most delegates.

On Tuesday, Donald Trump was livid, as my colleague Jenna LeFever reported. Upon realizing why he’d lost the caucus, he blasted out this tweet, showing the communiques that Cruz had sent out to his supporters, spreading damaging rumors that Carson was about to drop out:

This was sent out from Ted Cruz- as Iowans arrived at their caucus sites to vote. #CruzFraud pic.twitter.com/tRM7KUCrSU

Shortly before voting, Cruz’s campaign also sent out a mailer accusing potential voters of a voting violation, on what appeared to be an official document.

This dirty trick, along with others that he’s been playing all along, were enough to propel Ted Cruz to the top of the heap in Iowa. Cruz didn’t fight fair, but he won. It shows that he may not be the most popular GOP presidential candidate, but he’s Machiavellian enough to rise to the top of an extremely crowded field short on talent.