10 Things Trump Supporters Are Too Stupid To Realize 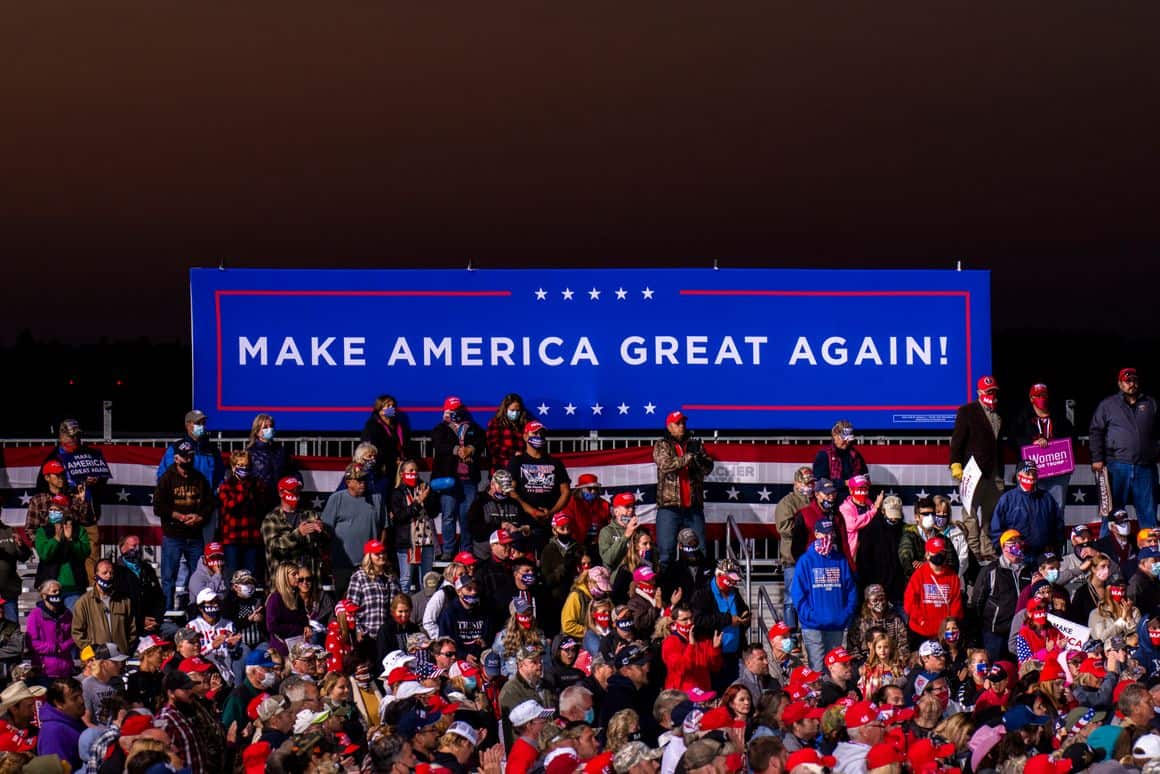 Trump Supporters Aren’t The Sharpest Tools In The Shed

But They Sure Are Tools…

Enough is enough, Trump supporters. We’re done! America has had enough of you. As Hillary Clinton said, “¡Basta!” You refuse to listen to reason, you refuse to absorb any actual facts, and the low-information voter routine got old well before it even began. So I’m going to try and get through to you using the last method we have left: facts, delivered with enough insults, aimed directly toward your willfully ignorant faces, to hopefully get your blood flowing enough to make your brains work properly. And if this doesn’t work, well, at least the rest of us will get to laugh for a little while… you know, before the Fourth Reich begins.

Donald Trump is amassing an army of Neanderthals who only pay enough attention to politics and current events to bitch about how much they hate Obama. If you’re a Trump supporter, then yes, I’m talking about you. You’re an idiot. In fact, it’s worse than that… you’re an idiot by choice.

All of the information known to the human race is available at your fingertips, in the phone in your pocket or on whatever device you’re reading this article, but you choose, free will and all, to ignore anything that doesn’t jive with your preconceived notions. Oh, right, you’re a stupid person… “preconceived notions” are things you think you know before learning something new. Go ahead and pop an aspirin. Feeling better? Good. Let’s continue.

I’m going to lay this out plain as day for you, dummies. Here are ten things that are absolutely, undeniably true. They’re facts. These aren’t my opinions, they aren’t open to interpretation, they aren’t things I’m making up… these are actual, God-honest facts. Take a few minutes with each one. Take an hour if you need it. If we can raise your IQ by a single digit, this will have been a decent success.

Ten Things Trump Supporters Are Too Stupid To Realize

1. Trump Recently Wanted Socialist Universal Health Care. I’m not talking about something that happened ten or twenty years ago, either. Donald Trump’s original health care plan as of September of 2015 — about half a year ago — involved universal health care for every American citizen. For real. I’m not making that up. Here’s an article from Breitbart (a super conservative website you probably trust more than you trust us) that proves it. It wasn’t the first time he pushed for universal health care, either. Here’s what he wrote in 2000:
“I’m a conservative on most issues but a liberal on health. It is an unacceptable but accurate fact that the number of uninsured Americans has risen to 42 million. Working out detailed plans will take time. But the goal should be clear: Our people are our greatest asset. We must take care of our own. We must have universal healthcare.” – Donald Trump

2. Trump Used To Support Gun Control. He was big on banning assault weapons, as well as background checks and waiting periods, when he wrote his book back in 2000. Nowadays, he’s more conservative. But you know how people love to rail on Hillary Clinton because she’s a flip-flopper? Donald Trump is a flip-flopper, too.

3. Trump Supported Hillary Clinton! Speaking of Hillary Clinton, guess who was a big supporter of hers until recently? Donald Trump, that’s who. He financially backed her Senate campaigns repeatedly, and made a yuuuge donation to the Clinton Foundation of more than $100,000 as well. Hillary Clinton sat front-row at Trump’s most recent wedding in 2005, too (Bill was at the reception). He’s been in cahoots with the Clintons in the past. I guess you have a new catchphrase now? Trump “Pals Around With Clintons?” Let’s see if that one catches on.

4. “Trump” isn’t really Donald Trump’s Last Name. His actual last name is “Drumpf.” Not kidding. His family changed it right before they came to America. That’s right, the immigrant hater not only employed illegal immigrants, he’s descended of immigrants, too. Of course, you probably are too – and that hasn’t stopped you.

5. Donald Trump Speaks Like A Third-Grader. Do you know why he’s appealing to stupid people? Because he speaks their language. When a bunch of researchers analyzed Trump’s speeches, they found that he uses small words and short sentences, and has the general vocabulary of a CHILD in the third-grade. Maybe the fact that he “talks plain” appeals to you, but shouldn’t a president be smarter than you? Don’t you want a leader who actually thinks? You know… a leader with a brain? A functional brain?

6. You Look Like Nazis. There’s no pleasant way of telling you this, but when you have a booger hanging out of your nose, it’s polite for someone to tell you before you end up getting embarrassed. Donald Trump’s supporters look like Nazis at his rallies. Sticking your right hands up in the air and chanting your allegiance to Donald Trump while all of the people who disagree with him are beaten up and dragged away, all while your charismatic leader rambles about how much he hates people of certain ethnicities… you don’t need to be a genius to see the similarities here, people.

7. Trump Hates Poor People… Including You. Most of Donald Trump’s supporters are poor. You might hope to be wealthy like The Donald someday, but chances are, you won’t be. Sorry to be the bearer of bad news, I’m just being honest with you. And because you’re poor, Donald Trump thinks you’re a stupid person who doesn’t deserve to vote. Those are his words, not mine. Do you think poverty equals stupidity? Are you a dumb person just because you don’t have as much money as he does? Well… you’re supporting Trump, so you’re definitely a stupid person, but it’s not because you’re poor (for most of you, it’s because your mom drank during her pregnancy… just keepin’ it 100, folks). But I’m not sure why I’m even going on about this. It’s not as if you can read anyway.

8. Trump Isn’t Actually Explaining His Positions. He talks about how awesome America will be  during his presidency, but he doesn’t really tell us how he’ll do any of this stuff. The only people who hate Donald Trump more than Democrats are Republicans, so he isn’t going to be able to broker these “fantastic deals” he keeps telling us about. And no, Mexico won’t pay for his wall, either. Why would they? Can you actually answer that question using factual information? No, you can’t, because that factual information doesn’t exist. Don’t buy the magic beans, dummies. They don’t do what you think they do.

9. No, Trump Won’t “Keep Us Safe.” I keep hearing Trump supporters claim Trump will “keep us safe.” How exactly will he do that? I mean, he doesn’t detail his plans in any way (which we just covered a moment ago in #8… I know how prone you are to forgetting stuff). He just talks tough and acts tough, but what evidence is there of him being capable of thinking strategically and intellectually? What evidence is there that he can keep us out of wars, or prevent terror attacks from striking American soil? I mean, I play lots of video games… that probably makes me 3000% more qualified to “keep us safe” than Donald Trump is. Me… the guy who writes dick jokes (thanks, by the way, to one Donald Trump’s high minded debate style) and other snark on the Internet for a living. I’m definitely not qualified to be president, either, before you ask. Do you people actually ask questions, or do you just take him at his word for no apparent reason whatsoever?

10. Trump Lies To You Constantly. The worst part is, he doesn’t appear to realize he’s doing it. Remember when Donald Trump told you that unemployment was higher than the government claims? Yeah… he was making that up. The real unemployment number is 4.9% (as of this article being written). That’s using the same metric we’ve measured every American President by since the 1940’s. The other, higher number? Yeah… that’s made up. Trump wants you to believe that as much as 50% of the country is unemployed, but there’s literally no proof of that whatsoever. He just pulled that number out of his orange ass, and you’re stupid, so you believed it.

I don’t know what else you need to hear, or what other factual information you need to swallow. Any one of these ten things should at least make you second-guess whether you’re backing the right loud, abrasive, douchey orange horse or not. The question is, who among you is smart enough to breath with your mouth closed, let alone use Google and try to ascertain some facts about this ignoramus you want to elect as president?

Donald Trump is the worst kind of idiot there is: a dangerous one. He’s a short-fingered trust-fund baby with a comically absurd hairdo, hell-bent on becoming the president for personal gain, and he’s willing to say whatever stupid people want to hear in order to achieve that goal.

Being stupid is a lifestyle choice, folks. You can be a smart person if you really want to be. All it takes is a small amount of effort… a lot less effort than it takes to join Trump’s Nazi-like “movement,” for sure. All it really takes is one book. No, not that one. A different one.

21 ‘Totally Not Racist’ Tweets From Trump Supporters At #TrumpRallyChi (TWEETS)