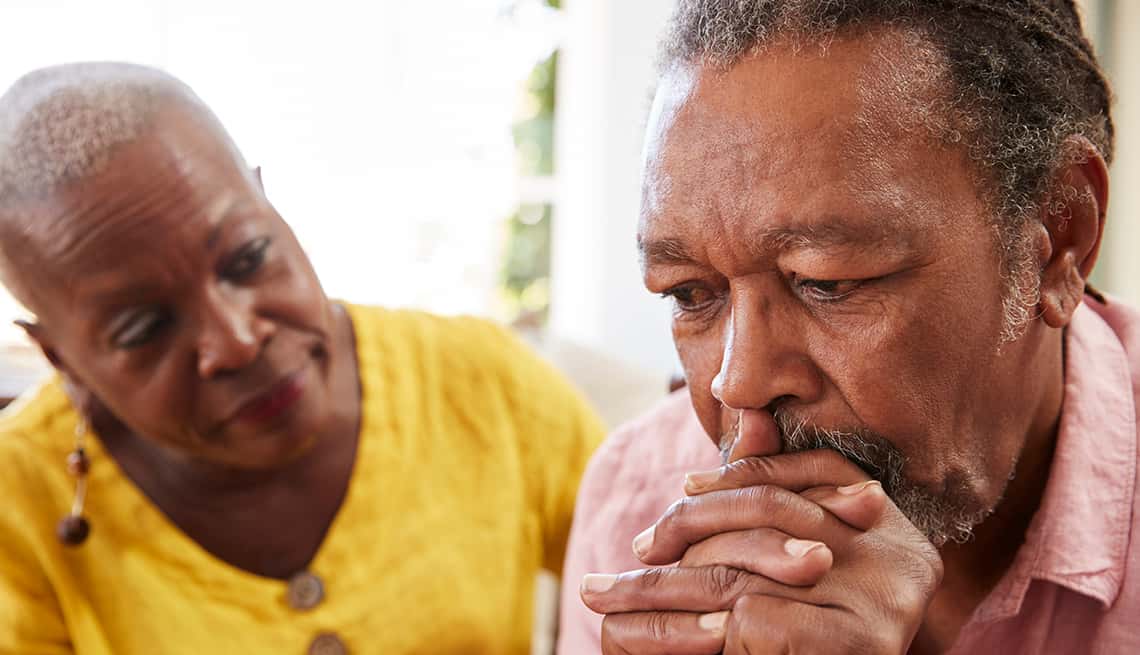 Watching someone you care about slip into conservatism can be heartbreaking. Few phrases strike fear into your heart and sadness into your soul like “I’m voting for [Trump or Carson] in 2016.” I can’t even compare that phrase to anything else. “We can’t eat at that restaurant, I’m a vegan now” is pretty bad, and so is the phrase “I don’t know why so many people hated the Entourage movie, I thought it was great.” But neither is as horrific as a loved one saying “That Ted Cruz, I tell ya, he’ll be a great President.”

But you don’t need to suffer with this heartbreaking loss of family and friends. You don’t need to sleep with one eye open, fearing your significant other will wake up the next morning wearing a “Make America Great Again” cap that you never even saw them purchase. Conservative disorder is a harrowing mental disease, but there are tell-tale warning signs that you can watch out for, and with some TLC, an intellectual intervention, and a dash of luck, you might just save your loved one from the terribleness of becoming a conservative.

Here are ten warning signs to look out for:

Not everyone approves of President Barack Obama, but most Americans can name at least five to ten things he’s done that they’re legitimately happy about, if not a lot more. But to a conservative, everything in politics is binary; it’s either 100% true or 100% false, A or B, with no space for gray. So if someone tells you they disapprove of every single thing Obama has done in office, that’s about as obvious a warning sign as you’ll likely encounter.

One of the earliest warning signs of conservative disorder is on full display when your loved one mixes up the definitions of socialism, communism, Marxism, and/or fascism, a sign that manifests in their use of any or all of these four terms as an insult heaved at a political figure, or progressive ideology as a whole. And speaking of getting confused about facts…

They Suddenly Consider Themselves To Be Historians, But They Really, Definitely Aren’t

If your loved one begins unexpectedly misquoting Thomas Jefferson and Ronald Reagan, or misquotes Adolf Hitler while drawing a line between him and either Barack Obama, Bernie Sanders, or Hillary Clinton, you’re witnessing an easily-detected warning sign that they’re becoming a conservative. The more horrendously they mangle historical references, or interpret them in the wrong context, or start doing this in volume, the worse their conservative disorder is becoming.

Conservatives have an inexplicable affection for Vladimir Putin, so show your loved one this image of Vladimir Putin, half-naked and riding a horse. Are they getting an erection? Is their crotch getting damp? Are they breathing heavier, or licking their lips, or asking something akin to “break me off a piece of that genocidal maniac” or maybe “dictator? More like dicktastic!”? These are all late-stage warning signs that your loved one is suffering with conservatism.

They Always Side Against Black People

Bring up some of the countless incidents involving race in the past several years. Mention names like Trayvon Martin, Freddie Gray, Michael Brown, or Eric Garner, and gauge their reaction. If they seem to always side with whoever isn’t black in each story, or they needlessly politicize the story, or they immediately start talking about “reverse-racism,” those are truly bad signs.

Israel Is The Best Place On Earth

Are they referring to Israel as “America’s greatest ally?” Do they wish Benjamin Netanyahu was America’s president? Are they claiming that Netanyahu speaks on behalf of every single Israeli, even though he only has a 29% approval rating in his own country (that’s way, way lower than Barack Obama has in the US, by the way)? If that’s the case, you’d best just cut your losses and find someone new to care about.

They Miss “The Decider”

They’ve apparently forgotten how terrible George W. Bush was, and want to convince you that he was a better president, somehow, than President Obama is today. Most Americans are very, very happy that Bush is not longer our president, but conservatives? They’ll refer to him as the next Ronald Reagan in ten years’ time.

They Think All Muslims Are Terrorists

You’re unable to bring up inspiring, positive Muslim figures — people like the incredible Malala Yousafzai — without them immediately bringing up 9/11 or ISIS, or questioning your patriotism. You can’t bring up the massive refugee crisis in the Middle East without them making nonsensical statements about all of the refugees being males sent by ISIS to destroy Western civilization as we know it.

Some words become difficult to say for your loved one, without their tone turning vitriolic and the word itself becoming slurred. “Obama” becomes “Obammer,” “Benghazi” becomes “Bern-gerzi,” and Bernie Sanders becomes “that socialist asshole.”

They no longer care to measure President Obama using the same metrics we’ve measured every other president in history with—because when you do, it becomes pretty obvious that Barack Obama has been an all-around good president. Unemployment is at one of its lowest points in the past fifty years, but your loved one says that number doesn’t matter, and they present you with the “real unemployment” rate, claiming 90-something million Americans are unemployed. But don’t mention to them that you can only hit that number when you count children not old enough to work yet, prisoners, and full-time students… that will just cause their conservative disorder to flare up even worse.