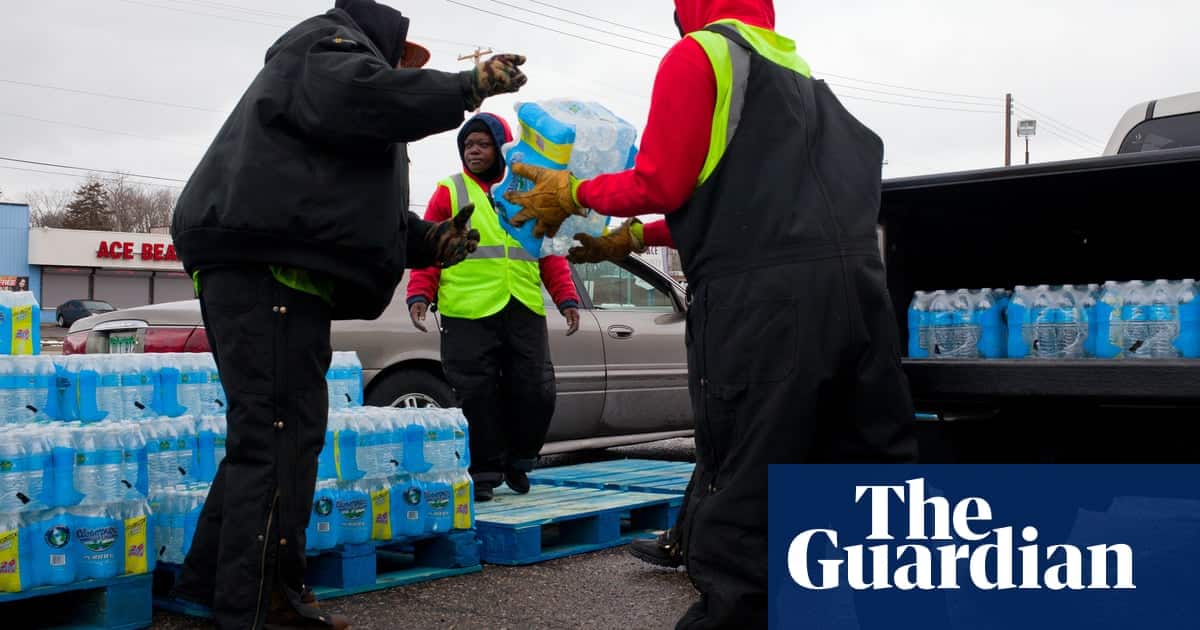 The Senate voted to ignore the horror of Flint, Michigan, Wednesday. Senate leadership reached an agreement on an energy modernization bill, CNN reported. The bipartisan achievement, such a rare bird in these woods, nearly also included the Hallmark moment of the Senate unanimously approving a quarter of a billion dollars for a desperately needed upgrade to Flint, Michigan’s water system. But no. The wholesale poisoning of the town of 100,000 people will continue apace with the indifference of the federal government because of one goddamn Senator.

Republican Senator Mike Lee, of Utah, used a “hold” on the funds for Flint. He has long insisted that Michigan “has all the government resources they need to fix the problem” and that the Senate’s bipartisan proposal to bail out Flint’s contaminated water system was “political grandstanding.” He argued that Michigan has a “rainy day fund” and that they should drain all the state’s emergency funds before the federal government should even consider allocating money from a fund that is already earmarked to relieve local emergencies.

The move to block the aid came after rancorous negotiations, in which Democrats dramatically slashed the amount of aid they were requesting, and agreed to steep cuts to a program that invested in creating manufacturing jobs. But Lee stood alone against the aid, even after such right wing obstructionist stalwarts as Ted Cruz, Jim Inhofe and John Cornyn backed down.

“It’s totally unacceptable that Sen. Lee continues to block a vote on our fully paid for, bipartisan agreement to help Flint and other communities across the nation who have serious lead and water problems,” the Democrat said. “This is about something as basic as making sure families have clean water to drink and children with lead poisoning get the help they need.”

Why would the junior Republican Senator from Utah stand alone in the way of aid to a town in which upwards of 12,000 children have been affected by lead poisoning due to Republican Michigan Governor Rick Snyder’s decision to privatize Flint’s water system? On Wednesday, Politico reported that Mike Lee is also waging an insurgent campaign to unseat the Number 4 of the Republican party’s Senate leadership.

Senator John Barrasso of Wyoming is the GOP’s Republican Policy Committee Chair, the position that falls after Leader, Whip, and Conference Chair in the leadership’s hierarchy. Lee is arguing that Barrasso’s 3-year term as Policy Committee Chair comes to an end next year, and Lee is gunning for the position. The party establishment’s leadership, led by Republican Majority Leader Mitch McConnell, argues that Barrasso’s appointment to a second term is a matter of course, and precedent says the election is a formality. Lee says nuh-uh. McConnell says yuh-huh.

Precedents and formality can obviously be overturned, but the deck is stacked heavily against Lee. The entire party leadership is opposed to it. Even if Lee were to convince the party to consider an open vote, he would also have to convince them to elect him, an idea the leadership scoffs at.

Lee is also up for reelection in general, this year, to a second term. He was first elected in 2010 in the original wave of Tea Party berserkers. By waging a quixotic ideological crusade against the party leadership, he is making himself persona non-grata. But that is exactly how Ted Cruz gained his notoriety.

Senator Cruz waged an ideological jihad against the funding for the Affordable Care Act in 2013, and shut down the government. Cruz’s act of extremism cost the government billions and billions of dollars. And it made Cruz virtually friendless in the Senate. And yet, today, Cruz is the last Republican standing in the presidential race in strong position to hip check Donald Trump’s buffoonish campaign out of the race at the Convention. Ted Cruz may have tilted at windmills at great cost to the American people, but he may also be on the verge of riding that surreal donkey all the way to the presidential nomination. Maximal idiotic cruelty in Congress may actually be a viable path to national prominence in the Republican party now.

Now Mike Lee is trying to follow in Cruz’s footsteps. Like Cruz, he will use being friendless, ideological, uncompromising, and extremist as a political advantage for his own career, even at great cost to his party and his country. His extremism is likely to attract quite a lot of the same attention from the deep pockets that Astroturfed the Tea Party in the first place. He’s such a purist for supply side economics, privatization, cutting government spending, etc., that he’s willing to stand against public aid to alleviate the festering sore of his ideology’s abject failure that is Flint, Michigan.

Who Is Funding Senator Mike Lee?

Whose money will Lee attract? According to Open Secrets, his primary donors have been Club for Growth and the Senate Conservatives Fund. This is awfully convenient, since both are slush funds of slush funds. Someone is masking the identities behind a large amount of campaign funding for Lee.

What we do know about Club for Growth is that its stated priorities are to support politicians who want to cut and repeal taxes, and deregulate business and banks. Club for Growth was founded in 1999 by Stephen Moore, chief economist at The Heritage Foundation; Thomas L. Rhodes, a former vice president of Goldman Sachs, and former president of the National Review; and Richard Gilder, who heads the venture capital firm Gilder, Gagnon, Howe & Co., which specializes in trading leveraged stocks and shortselling. The latter two men are mostly retired, and it’s not clear that Moore is directly involved with Club for Growth anymore, so they are probably not directly financing the ambitions of Lee, but their powerful conservative private business and media interests give us a strong sense of the interests of whoever is funding Lee.

The Senate Conservatives Fund was launched in 2008 by then Republican South Carolina SenatorJim DeMint. DeMint was also funded largely by Club for Growth, but also by Scana Corp. Based in South Carolina, Scana Crop is a $9 billion holding company with investments mostly in energy.

Compared to these banking, energy, and conservative media figures, with strong interests in tax cuts, deregulation and supply side economics, Barrasso’s career has been financed by a far more diversified portfolio of donors, including large donations from the healthcare industry, whose interests are not as rigid as the banking and energy industries.

Mike Lee is trying to gain notoriety by representing reactionary private interests in a very real intra-party insurgency against the GOP’s old guard leadership. By taking the Tea Party fight to the establishment leadership, he attracts massive campaign funding from the donors with the most brutally anti-middle class interests. By taking an ideologically extremist position against modest funding for Flint, he signals to potential donors that he is deadly serious. He is positioning himself to take up the mantle of the Senate’s far right purist, anti-public interest, ideological jihadist.

And for the ambitions of this Senator from one of the whitest states in America, the predominantly poor black children of Flint, Michigan are condemned to poisoned drinking and bathing water. For the ambitions of one Senator financed by the infinite greed of private interests, thousands of children must suffer conditions that would shame the most undeveloped post-colonial backwater of the third world.

Someone buy that man a drink. Of water. From Flint.