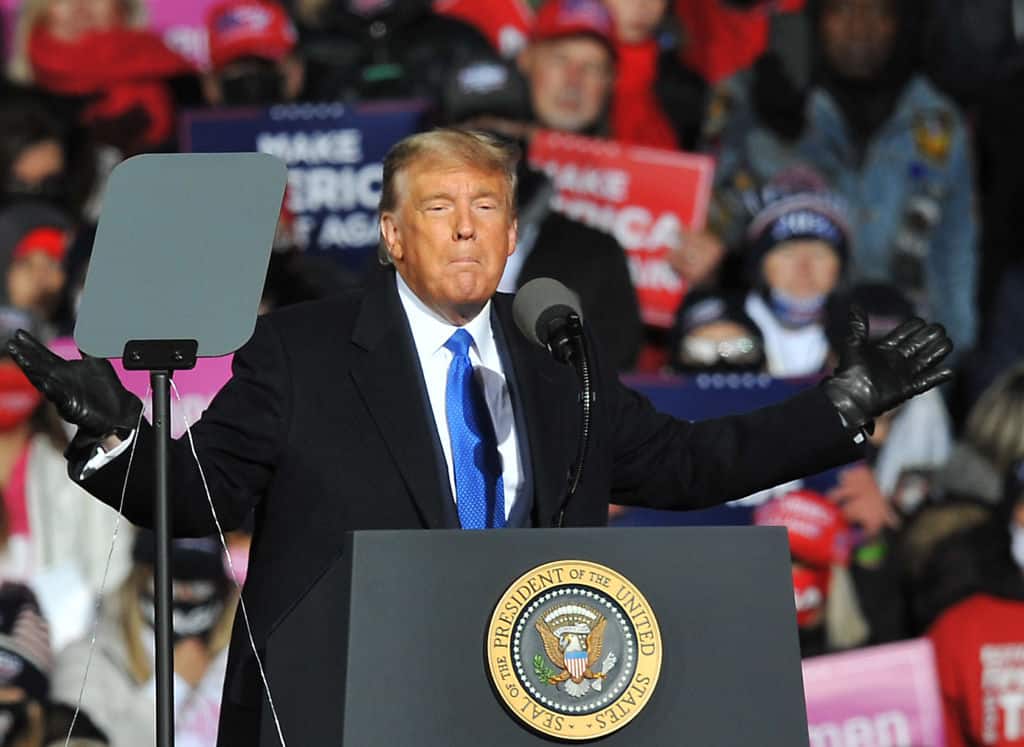 If there is one thing that Republican presidential candidate Donald Trump has made great again, it’s settling lawsuits out of court. Trump the man or the brand have been a defendant in “about 1,300” lawsuits, and he or it have settled in at least 100. There are few people who have ever lived with that kind of record. So, if Trump is good at anything it would be finding novel ways to get his ass sued. And with his campaign website, donaldjtrump.com, the presidential candidate might be well on his way to courting a new class action lawsuit.

CNN Politics journalist Jeremy Diamond, who has been following the Trump campaign  shared a complaint on Twitter that if you sign up to give recurring donations to the campaign, there is no function anywhere on the site to cancel it. So, if you decided in April that you wanted to give $25 a month to the Trump campaign, then decided in August that you no longer wish to do that, the campaign website does not provide any way for you to stop paying.

INBOX: Help, I set up a recurring contribution to Trump’s campaign & want to cancel it: (cc: @realDonaldTrump)

Mic‘s James Dennin delved into this complaint and discovered that it was accurate. Dennin signed up to give a recurring donation, then attempted to cancel it. Providing screenshots of his interaction with the site, he writes,

Once you’re registered, if you try to change your payment information on Trump’s site, you will see no option to remove your credit card — only “update” it.

Then, when you click on “update card,” you see a page that allows you to alter your payment information — but you cannot completely delete your credit card. You are forced to replace it with another valid card: Invalid numbers are rejected.

Dennin adds that even clicking to “unsubscribe” from the site does not allow you to delete your credit card information from the page. Once you’ve signed up to pay the Trump campaign on a recurring basis, the website literally will not let you stop. Signing up to donate to the Trump campaign is apparently like the Hotel California. You can sign out any time you like, but you can never leave.

Dennin also signed up to give the same recurring donation to the Hillary Clinton campaign on her website, HillaryClinton.com. Unlike the Trump website, the Clinton website’s confirmation message informs you that you’ve made a donation and you should expect recurring charges. It also provides readily available information for how to stop making payments, a function which is easily accessible on the website.

Time looked into what one might have to do to successfully cancel the charges. They posit that you’d have to formally contact the campaign, request a cancellation of charges, then contact your credit card issuer and cancel on their end. This had not yet been confirmed by experimentation or by any response from the Trump campaign when Time published. Credit card expert Sean McQuay told Time it wasn’t clear that the bank would be sympathetic to your plight,

“It’s more of a toss-up if the bank would contest it or not, because, in a way, the transaction was approved.”

If that didn’t work, you might need to actually cancel your credit card, which could damage your credit. Trump’s campaign website is an awful lot like Trump University in this way, for which Trump is now heading to trial to face fraud and racketeering charges in a federal class action lawsuit, right after voters register their verdict on November 8th.

Dennin contacted Federal Election Commission spokesperson Christian Hilland, who said that FEC “regulations do not speak specifically to that issue.” Hilland said that it could trigger an FEC investigation if the total donations from an individual added up to more than the mandatory maximum of $2,700. So if you decided to start making payments of, say $800 a month, and you breached the maximum after four months, because you couldn’t figure out how to stop making payments, then YOU would be in hot water with federal regulators while the Trump campaign, with a hose permanently attached to your credit card, would not be in trouble.

While this setup is clearly a shocking violation of campaign ethical norms, it’s not clear whether it violates any laws. Maybe it never occurred to federal regulators that a candidate would try to do something like this? Like many of Trump’s business ventures, his website masquerades as a promising product, while it veils a cheap scam, and it is carefully structured to take full advantage of loopholes and exploit consumers most desperate for a break. This reinforces the notion that there could be some very interesting things lurking in Trump’s tax returns, as he remains the only presidential candidate in modern history to fail to release them.