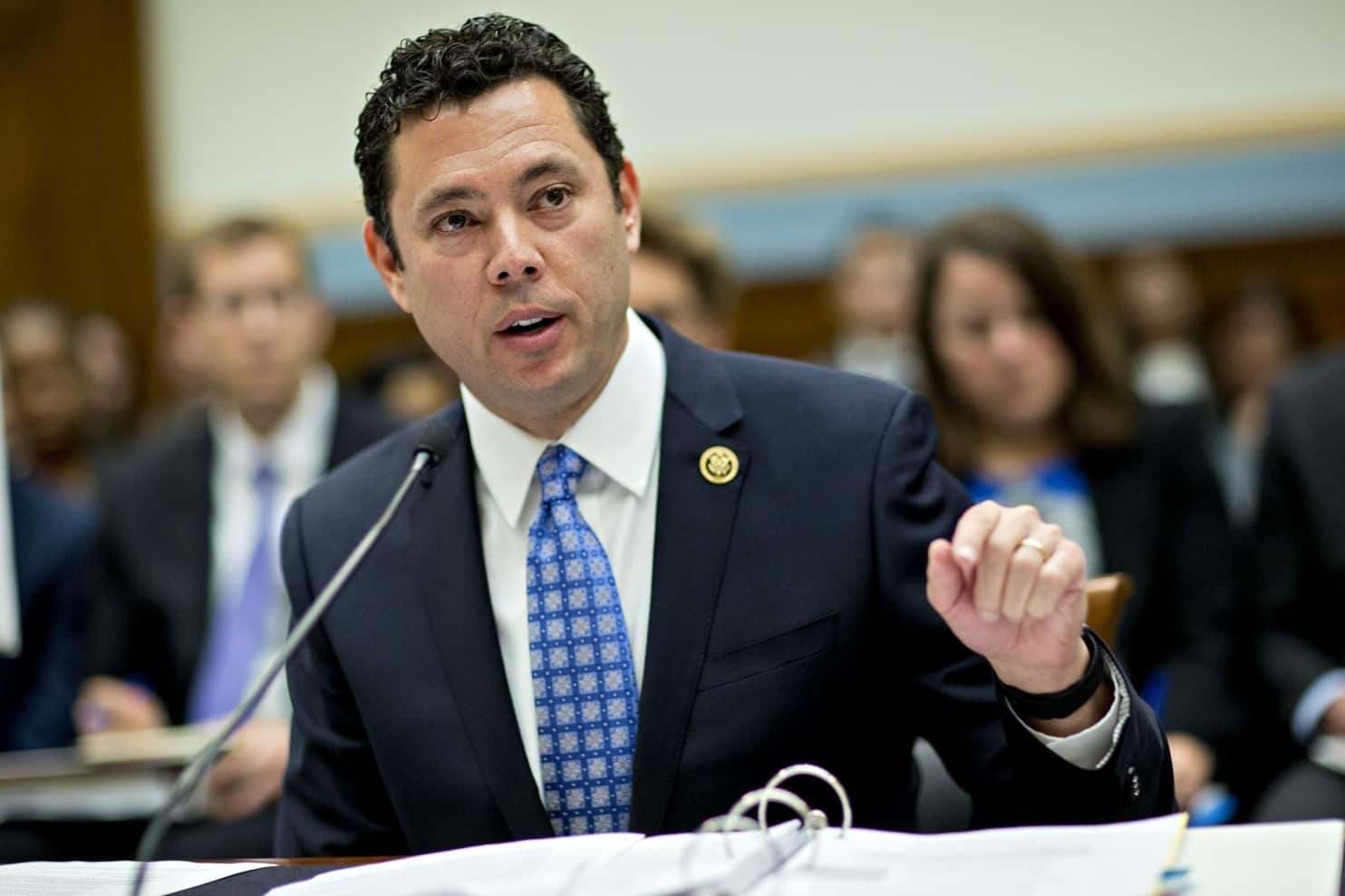 Republican Congressman from Utah Jason Chaffetz caused a shockwave in the media and in the 2016 presidential election Friday, when he tweeted that the FBI had “reopened” the investigation into Hillary Clinton’s emails.

FBI Dir just informed me, “The FBI has learned of the existence of emails that appear to be pertinent to the investigation.” Case reopened

Across the board, major media jumped on this tweet, blasting out headlines using Chaffetz’s phrasing that the FBI was “reopening” its investigation. This was untrue for several reasons. Informing Congress about the discovery of three possibly related emails while investigating Anthony Weiner‘s communications in a totally unrelated case was a routine clerical matter. As experts were quick to point out, the FBI had not used the word “reopened” and had yet to assess whether there was anything to investigate at all. The emails were not sent to or from Hillary Clinton, and there was no possible way that they could result in new charges being filed against her.

ThinkProgress chided the media for failing to read Comey’s letter and sprinting out the door with Chaffetz’s framing of a routine clerical matter. Within a couple hours, big outlets like CNN had scaled back their headlines to far more subdued phrasing such as, “FBI reviews new emails,” but notably failing to issue a correction.

As it becomes clear that Chaffetz had used a fairly inconsequential piece of information to make an enormous media splash 11 days before an election, the question becomes: Why did he do it? The obvious answer is for partisan gain. Clinton maintains a solid lead in the race, and it’s affecting down-ballot races. But Chaffetz has a political reason that has more to do with his own ambition.

In January, 2015, Chaffetz succeeded Darrell Issa as the Chair of the House Committee on Oversight and Government Reform, the House’s main investigative committee. Under recent Republican leadership, it has become a committee of partisan witch hunt. And with Democrats likely to hold the White House and the Senate next year, the House will be the Republicans’ only bastion of power in Washington. Chaffetz’s position will be key in continuing the GOP’s 25-year inquisition against Hillary Clinton.

But Chaffetz isn’t just setting himself up to grill Clinton. He’s after more than that. Also on Friday, the Washington Post reported that the extreme right House Freedom Caucus is unimpressed with Paul Ryan’s first year as Speaker, and he may not see a second year.

“The intraparty fight is set to begin in the days after the Nov. 8 election, when Ryan (R-Wis.) will be under immediate pressure from approximately 40 hard-line House conservatives frustrated with his handling of spending fights and his shifting position on GOP presidential nominee Donald Trump. The conservatives are eyeing a November leadership election and December spending deadline to determine how Ryan can lead Republicans — or if he can lead them at all.”

Member of the Freedom Caucus Dave Brat (R-VA) said he would only support a Speaker willing to swear a “blood oath” to refuse to negotiate or compromise in any way with a President Clinton.

This caucus is the group that drove John Boehner out of the Speakership, broke Kevin McCarthy‘s campaign to become Speaker, and gave the nod to Ryan only after he partially submitted to their demands that they keep the ability to depose him if they don’t approve of his performance.

Recall, though, that in the brief interval when it looked like McCarthy would be the next House Speaker in October of 2015, he committed the gaffe of being honest about the House’s Clinton inquisition when he told Sean Hannity,

“Everybody thought Hillary Clinton was unbeatable, right? But we put together a Benghazi special committee, a select committee. What are her numbers today? Her numbers are dropping. Why? Because she’s untrustable. But no one would have known any of that had happened, had we not fought.”

Hannity, realizing how bad it was for him to be that honest, even tried to cut him off. Even though McCarthy failed to become Speaker, he revealed an important truth in that statement. The Freedom Caucus wants the House Speaker to be a partisan warlord who will attack the Democrats and never compromise. And it uses its outsized influence to try to force the Speaker to be that person, and it tears down the Speaker if he strays from that script.

Recall, also, that in the days when McCarthy’s bid for Speaker began imploding but before Ryan swept in with faux reluctance, on the morning of October 4th, 2015, Jason Chaffetz announced his intention to run for House Speaker. Huffington Post reported,

“Today, here, I am announcing my intention to run for speaker of the House of Representatives,” Chaffetz said in an interview with Chris Wallace on “Fox News Sunday.” “We were entrusted by the American people with the largest majority Republicans have had since Babe Ruth was swinging the baseball bat, but they didn’t send us here to perpetuate the status quo.”

During that interview, he also told Wallace that he was going to go to the mat and engage in brinkmanship to de-fund Planned Parenthood. He also promised to build a strategy based on internal GOP discussions, and to be a House Speaker who could communicate clearly.

So, by using a standard clerical missive from the FBI to send the mainstream media on a wild goose chase, Chaffetz demonstrated that he’s willing to use–some might say abuse–the power of his position to rattle Hillary Clinton’s cage to such an extent that the stock market takes a significant dive. Chaffetz is showing he can turn the media against Clinton and send ripples through an election. Chaffetz is showing the Freedom Caucus that he can be their warlord of partisan hostage taking. Chaffetz showed that he can be the House Speaker the extreme right wants.

Jason Chaffetz just announced Friday that he is running to topple Paul Ryan as Speaker of the House in November and the entire mainstream media chased a shiny object and failed to connect the dots. You heard it here first.