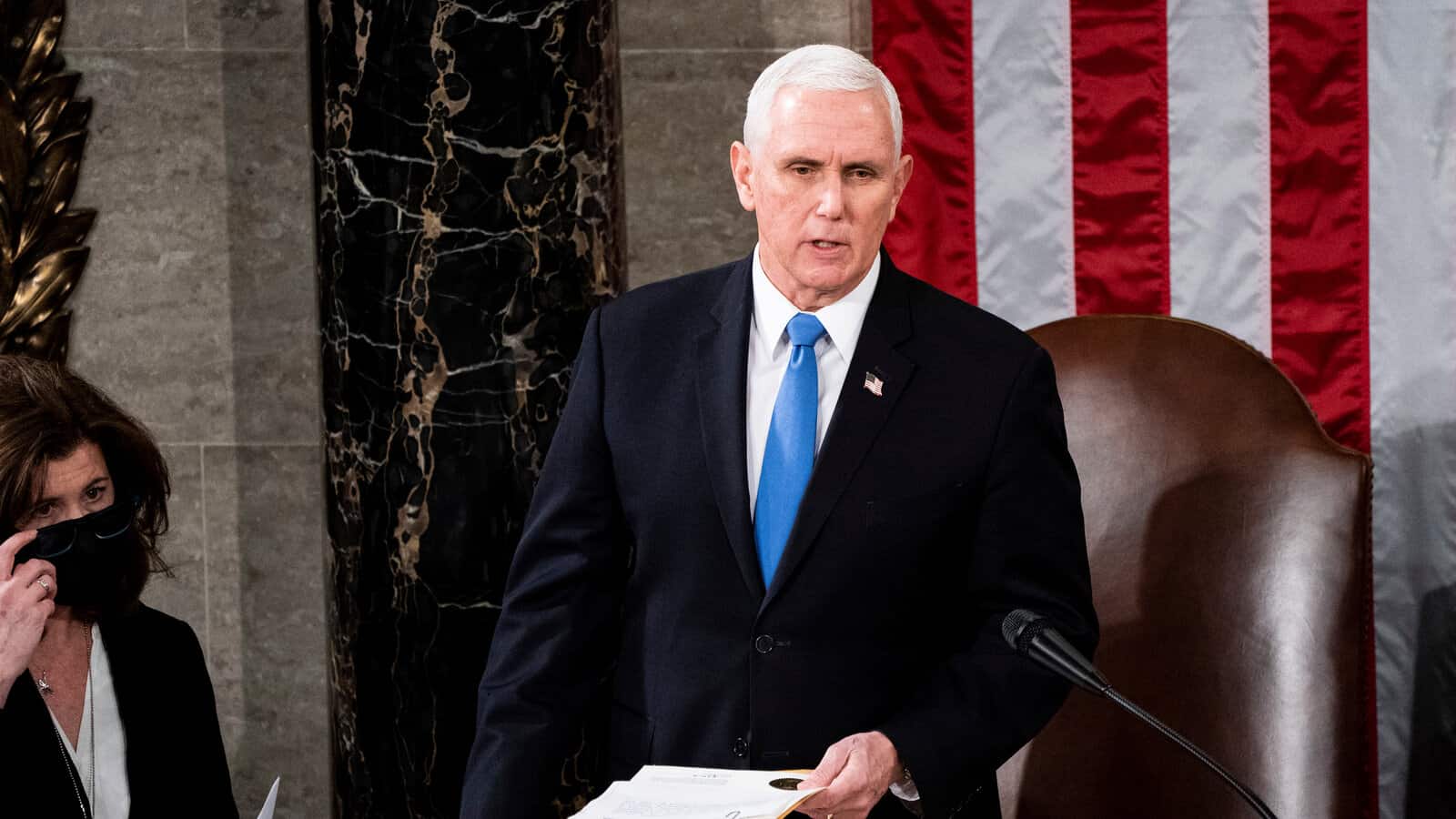 Trump Had A Long Night Of Self-Loathing About Pence, Reporter Learns

Republican presidential nominee Donald Trump announced his Vice Presidential nominee, Mike Pence, with absolutely none of the fanfare that usually accompanies the biggest unveiling of a presidential campaign. Trump was scheduled to reveal his sidekick at a campaign event in Manhattan at 11:00 AM on Friday. But late on Thursday, he postponed the event on Twitter, supposedly because of the attack in Nice, France.

In light of the horrible attack in Nice, France, I have postponed tomorrow’s news conference concerning my Vice Presidential announcement.

Trump has been chastened by aides following disastrous comments he made in the aftermath of the attack in Orlando. Democratic presidential nominee Hillary Clinton postponed her first campaign event with President Barack Obama following that attack as well. But few would have reasonably expected Trump to postpone such a major announcement in light of events overseas.

According to ABC News, Pence had been told Thursday that he was the VP nominee. He boarded a plane and headed to Manhattan to prepare for the event. His plane may have landed, but in New York, Pence was apparently put in a holding pattern as Trump allegedly agonized over his decision even after making it.

After postponing the event, Trump said that he would unveil his VP at an event Saturday. But then Friday morning, he tweeted that Mike Pence was his VP nominee. Even his campaign, and possibly even Pence himself, seemed surprised by the sudden Twitter announcement.

Friday morning, CNN reporter Dana Bash shared a “scoop” on Twitter. She tweeted that Trump “was so unsure about @mike_pence that around midnight last night he asked top aides if he could get out of it.”

Scoop: @realDonaldTrump was so unsure about @mike_pence that around midnight last night he asked top aides if he could get out of it

If this “scoop” is true, it would explain a couple things. Trump’s postponement of the announcement was odd. The Nice attack was likely just an excuse, since railing about so-called “radical Islamic terrorism” is a major theme of the Trump campaign. What better day to yank the sheet off his running mate, than in the aftermath of an attack, when they can bellow together about making America great again by arming it to the teeth and ridding itself of the far’ners? It would have been an ideal moment for them to bang the security state  drums. A cannier right wing demagogue, like Ted Cruz, would have seized it.

It could explain why the announcement was postponed, but then announced in a surprise Tweet that morning, rather than at an event. The presidential candidate was up late after postponing the event, then just said “screw it,” and tweeted his announcement in an emotional fit, rather than with the actions of a leader in control of his operation.

It also explains why Newt Gingrich lobbed a rhetorical grenade about Muslims in America even as people were bleeding to death in Nice. Gingrich told Fox News, “We should frankly test every person here who is of a Muslim background and if they believe in Sharia they should be deported.” Gingrich seemed to fail to comprehend that Sharia for Muslims is roughly analogous to the Gospel for Christians. And his call for deportations seemed to include even Muslims born in America who have no nationality but American. Some wondered if Gingrich’s proposal to use the United States Constitution’s establishment clause as toilet paper was a “Hail Mary” bid to win the Vice Presidential nomination as Trump wavered on Pence. Those speculating included The Big Picture radio host, Thom Hartmann.

.@DanaBashCNN Which might corroborate @bobney ‘s theory that @newtgingrich call for “testing Muslims” was a “hail Mary” effort to be VP.

Gingrich was widely considered to be in the top two or three of Trump’s shortlist. Trump may have personally preferred Gingrich but went with Pence on the advice of top campaign aides. Gingrich may have been trying to massage Trump’s regret.

Gingrich’s insanely bigoted proposal may not have stirred Trump enough to change his heart. But Trump still ended up with a sidekick who completes Trump’s across-the-board bigotry. As Governor of Indiaina, Pence has sought to ban refugees, legalize discrimination against LGBT Hoosiers, and ban broad categories of abortion rights.

With his alleged neurotic dithering on his Vice Presidential nomination, Trump shot himself in the foot. He ended up with the same decision, but lost the opportunity for generating hoopla for a real reason instead of picking petty fights with media and celebrities. But more importantly, he demonstrated to the nation that he is not a wise, smooth decision-maker. He is asking for the world’s most important decision-making job, and his first big decision was reportedly accompanied by wavering, self-loathing and regret. In November, voters would be wise to remember that even Donald regrets Trump’s decisions.