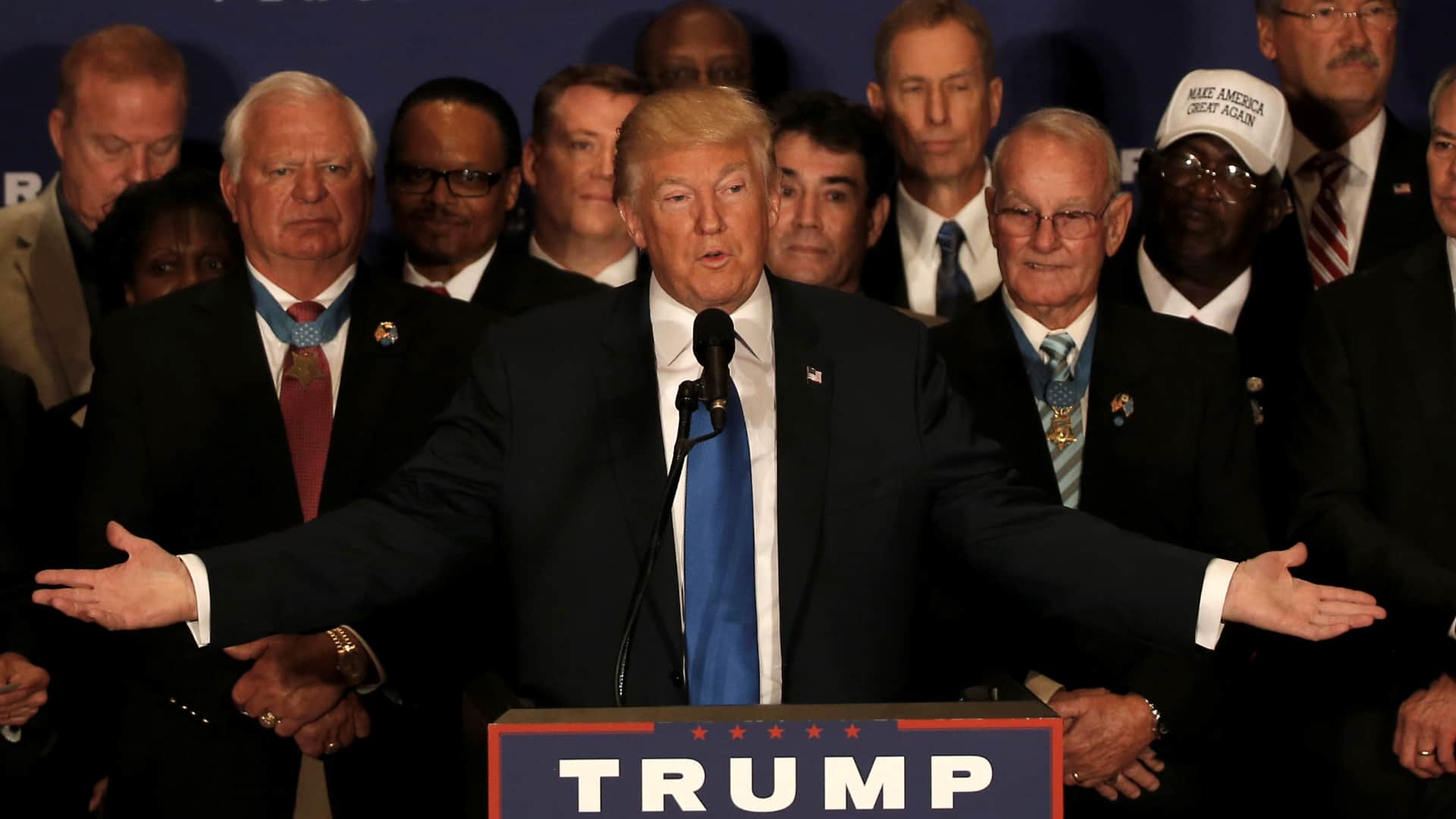 To call the campaign of Donald Trump chaotic would be an understatement. Very little of what they do makes much sense. It seems the primary occupation of its senior staff is cleaning up after ignorant or offensive remarks by the candidate.

The Trump Birther Brigade Marches On

Today is no exception. Trump once again exposed his worst flank to the public in an interview with the Washington Post. When asked by Post reporter Robert Costa where President Obama was born, Trump retreated to his safe place. He was unable to give the obvious answer, Hawaii. He stubbornly clung to the racist birther position for which he was a leading proponent. Instead of finally conceding what everyone knows is the truth he said:

“I’ll answer that question at the right time. I just don’t want to answer it yet. I want to focus on other things. And I don’t talk about it anymore. The reason I don’t is because then everyone is going to be talking about it as opposed to jobs, the military, the vets, security.”

What a transparently manifest load of bull. If he wanted to end talk about his fixation on birtherism all he would have to do is renounce it. By failing to do so he is prolonging what he says is a distraction. And if this isn’t the right time to put an end to his bigoted attempt to delegitimize the President, when would it be right?

Here is where the disarray in the Trump camp became evident. It only took a couple of hours after he reiterated his birther stance for his campaign to contradict him. A statement from Jason Miller, his Senior Communications Advisor stated that:

“Having successfully obtained President Obama’s birth certificate when others could not, Mr. Trump believes that President Obama was born in the United States.”

There are couple of things wrong with that statement. First of all, he is giving Trump credit for obtaining Obama’s birth certificate which is patently false. Trump is fond of declaring himself the cause of things that happen in proximity to his having mentioned it. Never mind that others have been involved in the matter for months or years prior to him. He comes late to the New Year’s Party in Times Square and then takes credit for the ball dropping. Typically narcissistic behavior.

Secondly, when Obama released his birth certificate, Trump was the first to object to its authenticity. He later tweeted that “An ‘extremely credible source’ has called my office and told me that @BarackObama’s birth certificate is a fraud.” Could it be the same source he sent to Hawaii to investigate Obama’s birth, but who was never heard from again? Suddenly, and without explanation, Trump is satisfied with the birth certificate.

In addition to these discrepancies, the statement from the campaign is hardly sufficient to establish Trump’s position. He continues to refuse to say what his campaign writes in the statement. And if you think it doesn’t matter that he says it himself, you’re in stark disagreement with him. In May he tweeted this: “Don’t believe the biased and phony media quoting people who work for my campaign. The only quote that matters is a quote from me!” We’re still waiting Donnie.

Included in the campaign’s statement was another persistent lie promoted by Trump. It wasn’t enough for them to try to weasel out of his birtherism, they had to blame it all on Hillary Clinton:

“Hillary Clinton’s campaign first raised this issue to smear then-candidate Barack Obama in her very nasty, failed 2008 campaign for President. This type of vicious and conniving behavior is straight from the Clinton Playbook.”

This is a falsehood that was debunked by every fact-checking organization long ago. Nevertheless, Trump has repeatedly floated it as a means of taking the heat off of himself. But the facts are irrefutable. As PolitiFact found when rating this claim “False”:

“There is no record that Clinton herself or anyone within her campaign ever advanced the charge that Obama was not born in the United States. A review by our fellow fact-checkers at Factcheck.org reported that no journalist who investigated this ever found a connection to anyone in the Clinton organization.”

As For Hillary Clinton, she responded to Trump’s latest failure to take the opportunity to renounce his birther beliefs:

“He was asked one more time where was President Obama born, and he still wouldn’t say Hawaii. He still wouldn’t say America. This man wants to be our next president? When will he stop this ugliness, this bigotry? Now, he’s tried to reset himself and his campaign many times. This is the best he can do. This is who he is.”

Trump is still completely unwilling to own up to his racism. He is too cowardly to admit that he was wrong. And having his minions post statements that fail to explain when or how Trump allegedly changed his mind will not resolve the matter. Especially when they double down on lies and brag about false achievements. But that is the best that we can expect from a candidate who has made lying and bragging his brand.