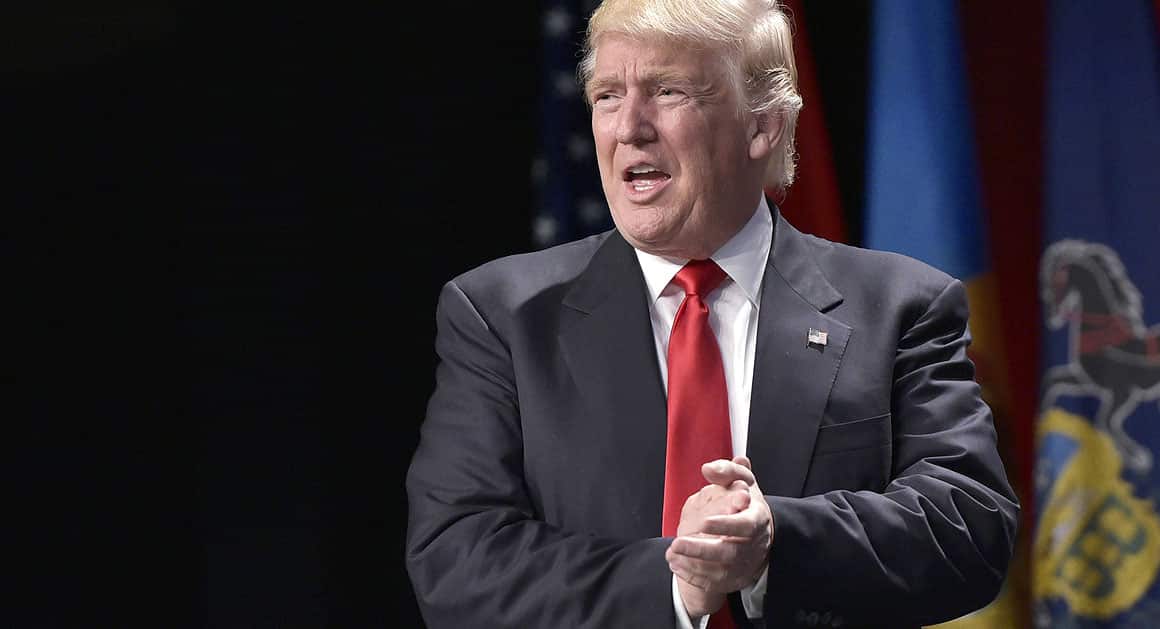 Donald Trump may be the first president to ever attempt to govern in 140 characters or less.

The President Elect once again took time out of what should be an incredibly busy schedule to focus on his social media game. Only, this time, instead of re-tweeting teenagers and lashing out at theater actors and promoting baseless conspiracy theories, Trump is haranguing China.

“The biggest foreign holder of U.S. government debt had $1.22 trillion in bonds, notes and bills in July, down $22 billion from the prior month, in the biggest drop since 2013, according to U.S. Treasury Department data released Friday in Washington and previous figures compiled by Bloomberg. The portfolio of Japan, the largest holder after China, rose $6.9 billion to $1.15 trillion. Saudi Arabia’s holdings of Treasuries declined for a sixth straight month, to $96.5 billion.”

The relationship between China and the United States is one that takes diplomacy, to say the least. But Donald Trump apparently doesn’t do diplomacy, as is becoming more and more evident.

And so Donald Trump, without any apparent foresight and certainly no insight, just mere days after disrupting America’s long-held “One China” policy by speaking with the president of Taiwan, took to Twitter in order to berate the second largest economy in the world.

Did China ask us if it was OK to devalue their currency (making it hard for our companies to compete), heavily tax our products going into..

their country (the U.S. doesn’t tax them) or to build a massive military complex in the middle of the South China Sea? I don’t think so!

Twitter is not for conducting foreign policy. It’s not for conducting any presidential business. And that we have to say that shows just how quickly the office of the President of the United States has tumbled since Donald Trump won the electoral college and became the president-elect.

The man isn’t simply humiliating the office and our country any more. His carelessness may have a huge and negative impact on the entire economy of the United States – and the world, as well. This isn’t “refreshing.” This isn’t “telling it like it is.” This isn’t brave, or smart, or a move made with deliberation. This is a man who recklessly tweets whatever crosses his mind, at that moment, because he either doesn’t understand or doesn’t care that his words now have weight and power in a way they never have before.

And whether it’s through a lack of understanding or an inability to care doesn’t matter. Either option is horrify. And in the end, the outcome will be the same.