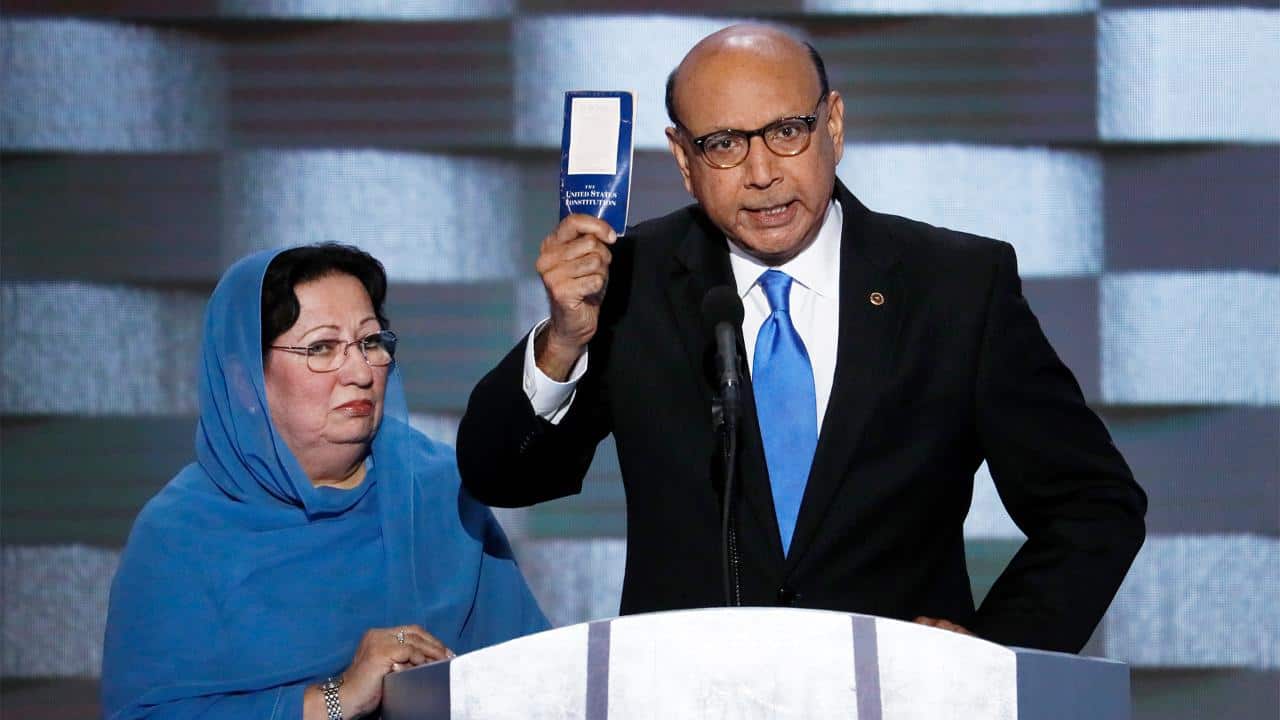 In Suggesting That Gold-Star Father Khizr Khan Is Tied To The Muslim Brotherhood, Roger Stone Surrendered What Little Dignity The Trump Movement Had Left

Roger Stone, the former spokesman for Donald Trump’s campaign who has continually embarrassed himself and the candidate by opening his mouth and his social media accounts has taken presidential campaigning to unimaginable depths of disgrace by attempting to tie the gold star father of an Army Captain killed in the line of duty to the Muslim Brotherhood. Stone set out a series of tweets last night linked to an anti-Muslim website that accused Khizr Khan of ties to the Muslim Brotherhood, stated a direct link to the Hillary Clinton campaign, and suggested that Captain Humayun Khan may have been a terrorist himself:

You might want to put on your tinfoil hat before reading the article’s subheading:

The Muslim who attacked Donald Trump, Khizr Muazzam Khan, is a Muslim Brotherhood agent, working to bring Muslims into the United States. After reading what we discovered so far, it becomes obvious that Khan wanted to ‘trump’ Trump’s Muslim immigration. But not so fast. Trump we have your back.

After proving that any idiot can post anything on the internet by outlining unsubstantiated links between Khizr Kahn and the Muslim Brotherhood, as well as fabricating ties between extreme fundamentalists and Clinton aide Huma Abedin. the site has the gall to question the motives of Captain Humayun Khan:

Is it likely that Khan’s son was killed before his Islamist mission was accomplished? Only another type of investigation will determine that.  Do they ever mention how many soldiers have died because of Muslim traitors? Do they ever bring up how many Christians in the US military were killed? Yet the modernists and homosexuals continue to attack Christians. But soon everything we need to know will be uncovered. As we say in the Middle East: the snow always melts and the sh*t under it will soon be revealed.

On the same day that Trump got completely eviscerated on twitter for saying that he, like the Khan family, made “a lot of sacrifices”, his longtime friend and campaign surrogate sends this crazy conspiracy theory nonsense out to roughly 70,000 people on social media. We can no longer give Team Trump any reasonable benefit of the doubt. This is exactly what Clinton was speaking of when she said:

“A man you can bait with a tweet is not a man we can trust with nuclear weapons.” —Hillary

It’s time that we collectively channel the better parts of our shared American history and ask Trump, Stone and their cronies, “Have you no sense of decency, sir“?